Letter to CM Delhi which was never replied

Good evening Sir.
I would like to give your attention towards one of the area where corruption is openly going on and no one ready to raise the issue because this matter belong to local goons rather than direct government officials.
E Riksha one of the prime requirements for the poor daily workers and also for the peoples who are using this for short travels. At uttam nagar east metro station I observed that some of the local goons were collecting the money Rs 30 per day from every E Riksha driver to authorize them to pick the customers from metro station gate premises.

When I asked the E Riksha guy why are you paying and who they are?
Either they government employees or metro authorities?
If they are government or metro authority why they are not giving you any receipt?
Who has authorize them to charge Rs 30 per day to pick the customers?

E Riksha guy detailed me that these money collectors are local goons. The money they are collecting will divide in three major components. First the police so that they will never come here for any issue. Second the metro authority boss and lastly they divide between goons for parties and share with Aam Admi Party.

Then I asked what will happen if you guys will not pay the money to goons. He immediately replied they will not allow us to pick from gate. Second if they will not pay to metro authority or police then both agencies will stop everyone to come inside and police will start unnecessary harassment to all us poor peoples.

Now my worries with present government are:
Either we are creating a Bengal type scenario by giving powers to goons and keeping extra check on police.
This is like we are against corruption so Delhi police has to find the alternative through goons because we promote goons.
The accident incident happened in Delhi (Sarfraze) was one of them where goons were powerful because they supported AAP.

Second if E Riksha are banned then why they are operating in such a large number in places like uttam nagar. If they are permitted to work under some areas they why are they paying Rs 30 without receipt to the goons and police and metro?

Third why not Delhi government hire a private security company so that they can place 2 security guards with receipt of 10 Rs official. More than 3 lakhs of rupees collection by goons can be reduced to 50000 by proper security guards without corruption, fighting and harassments to the public. It will also empower local peoples with some jobs.
I am an honest Indian and such incidents provoke me to fight for poor peoples who do not know the proper alternatives to survive. I can be killed like manjunath, Ravindra patil and many more because of this honesty so before writing to you I asked one question from myself.
Will Mr. Chief Minister take action or just ask me for recording proof or ask crime branch to have a silent enquiry?
Frankly speaking, I was answerless because do not know after winning election, the chief minister will remain honest or not?
I hope my concern will be reach to you and the government will try to reach the concern with some solution.
Jai Hind
Thanks & regards more
Helpful Together Against Corruption Feb 15
Viewed by 4128
View all 63 comments Below 63 comments

Sanjay Puri
Hiteshji, there are so many erickshaw drivers, AAP was the party which regularised them and helped them get their livelyhood back. As for the goons , please tell me which part of our country doesn't have goons. This is an issue which should be handled by the union, the drivers are so many , not one of them can come forward, or provide a video showing what you claim? There are so many ways to curb the menace if the rickshaw drivers are together , and decide to stop this. Involve the media , do something instead of only complaining, and the affected people are the ones who need to initiate the process. If I owe you money and refuse to pay you, will you initiate action against me, or the government / Judiciary / Police?? more
Mar 07 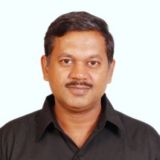 Manoj Khare (Corporate Consultant)
Hitesh ji, I share your anguish. Pzrking contracts and cornering of public resources for private profit are some other ways by which this party, like Congress earlier, continues to indulge in corruption. No anti-corruption agenda that I can see in action by them. more
Feb 28

Hitesh Thakur (Htjhaniara)
I would like to thank everyone here in this forum. I would like to mention some points here after reading about all the comments. I am one of the silent common man who do not belongs to any party and for me nation is mine priority or duty to serve. There is no response from Mr. Kejriwaal even I reminded thrice, posted on AAP page and Chief Minister’s social media account. These are very small issues but the real source of very corruption. At the time of Delhi election as my duty to support leaders who are ensuring to remove the corruption, I spent my 5 valuable days to ask vote for them. Then I wrote this letter but he has never responded. So this may be matter of police but if a person willing to really remove corruption at least can reply to take action. My fight will remain continue, while these Kejri’s may come & Go. more
Feb 23
View 63 more comment(s)
Post a Comment