As an Aam Aadmi Party supporter, you must have been asked a hundred times, why Arvind Kejriwal resigned as the Delhi Chief Minister? Well, here is the answer.
AAP got only 28 of 70 seats in the Delhi Assembly election. Still, the Lt Governor invited Arvind to form the government, as the Congress (with 8 seats) had offered unconditional support. Finding it hard to believe, Arvind sent a letter to the Congress President listing out the 18 points in the AAP manifesto, including passing of the Jan Lokpal bill. The Congress reverted saying it will support AAP unconditionally on all 18 points. With this commitment, Arvind formed the minority government in Delhi.
However, when AAP presented the Jan Lokpal bill in the Assembly, the Congress and the BJP came together to ensure the bill is not passed. The Aam Aadmi Party had won the vote and trust of citizens of Delhi on the plank of anti corruption. And since the minority government could not pass the Jan Lokpal bill that was promised to citizens of Delhi, Arvind resigned.

Click on the clink below to know why Arvind resigned in Delhi.
https://www.youtube.com/watch?v=O1hy18Xv8OM

The Aam Aadmi Party will return to form the government with a full majority and pass the Jan Lokpal and Swaraj bills in Delhi Assembly.
Please share this email with all those who have asked you this question.

I think different people have different motivations to like AAP , and most of people who think that he did gross mistake by resigning are cases of misplaced assumptions on whether AAP ever wanted their votes in first place or not.

I m not sure how many time , I would be repeating it,but if Ignorance is so widespread, so be it, let me do it once more.

Lets try to understand when should POLITICIAN resign , what is his responsibility in INDIAN SYSTEM and when he should not, there are AAP views about it and there are you views about it, lets begin with your views.

Getting majority is not the Aim in this election, aim is to CONTROL and BRING BACK PUBLIC SERVICE attitude to whoso ever forms GOVT.
Let Development of Adani, Ambani distributed in common people improving HDI of India.
Let CBI be made independent body.
Let POLICE REFORMs be forced so POLICE learns to SERVICE common people.
Let Right to Reject be included in constitution.

If govt runs , let it run for PEOPLE, let its running be reflected in improved HDI and Corruption rank or it may choose to dissolve, what the use anyway if we don't get any improvement for average Indian, president can rule us.

I cannot imagine why would you want such a govt who fails to improve as above (and many more things) to function anyway ? more
Apr 09 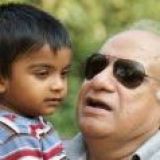 Brijender Mehta
If BJP & Cong.were playing dirty politics,there was no harm if AAP payed them in the same coin! more
Apr 08

Anudeep Yadav
@ Mr. Mehta,
Indeed , it was a failure to match and win over information manipulation. But given the lack of money and the fact that AAP had to fight negative propaganda both at beginning ( make a govt supported by any of Cong/Bjp ) as well as end ( the resignation).

It was a well designed trap ( chakrvyuh) considering the low level of thinking most of our population employs before forming opinion, I personally appreciate the call taken by Arvind and intend to stand fast by him guided by the intentions of his actions. more
Apr 08

Brijender Mehta
Rather AAP should have involved the people seeking their referendum for resignation as the AAP Govt. could not get the janlokpal bill presented in the assembly due to unholy alliance of BJP & Congress who was supposed to give unconditional support to the Govt.As this anti-corruption bill was denied to be presented because of Cong. & BJP's conspiracy,the public's consent to resign would have exposed both the parties. more
Apr 08

Anudeep Yadav
@ Rajiv Gupta,
Sir,
You appear to be quite educated and well aware of Indian constitution , I wonder how can you think and write such conclusions ?
Can you explain why you think AAP can violate MAIN DEMAND of INDIANs ( and party's PROMISE and become PALTU ) about corruption of MODI, Gandhi , Sheila, A Raja, Yeddy to by punished in 6mo- 1 year and recover all property ?

I can understand that you MAY HAVE some ULTERIOR MOTIVES to vote for AAP and FELT DECEIVED, but how can you say the same to DELHI ? more
Apr 08
View 13 more comment(s)
Post a Comment