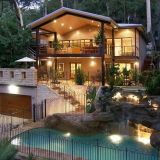 Dear Sirs,
I am enclosing a soft copy of the work “Technological Revolution : Opportunity for A New Religion and A New Society” for your review and comments.
The work provides a draft route map to move towards a happy, healthy, peaceful, progressive, prosperous, creative and constructive world.
With your support, we can develop this draft into a working blue print for a new world.

kejariwal, Modi, Rahul or others do not seem to be interested in creating a happy, healthy, peaceful, progressive, prosperous, creative and constructive world. I and you will have to do our own bit to bring the paradise on earth.

I would appreciate if you can go through it and share your critical comments so that it could be finalized and presented before a larger audience and the public. I would appreciate if you can point out the contradictions, fallacies and other points which may not be palatable to a rational mind as that would help strengthen the document. I would be happy even if some people would try to pull my legs and feel like criticizing me as a person rather than commenting on the document as that too would help me refine this document.

Sanjay Gupta
You are right Bhagat SIngh Ji.
This time only AAP. We will gradually build upon Mithilesh Ji's idea for the next great leap. more
Mar 18

Bhagat Singh
Mithilesh Kumar Jha ji, your idea is decent. We have given lots of chances
to Congress and BJP. But in vain. Corruption flourished day by day.
There is a competition between BJP and Congress regarding which can commit
more and big scams.
Mr Arvind Kejriwal not only talked about eradication of corruption from
India, but took some bold steps like holding audit of private electricity
companies by CAG, Re-opening the corruption cases against Ex CM Sheela
Dixit and others, ordering a committee for making regular to employees who
are on contract/temporary basis.
He and his team carried out frequent visits at different offices to extend
some help to needy persons like Ran Baseras, help line for corruption
cases.
AAP suspended on the spot while sting was playing on AAZ TAK. Whereas
there was no action on sting operation played at AAZ TAK recently after
invoking President Rule at Delhi.
Home Minister escaped self and saved Police Commissioner and other
officers/officials who were shown as taking bribe in the sting operation
played by AAZ TAK by giving the case to CBI. On giving resignation by AAP,
the CBI returned the case to Delhi Police. It is open mockery of rules and
regulations/our constitution.

So go to home at night, think with peace mind again and again that what a
wrong, you have written.
Whether you should support and vote for AAP or corruption supporting
BJP/Congress etc.

Sanjay Gupta
Dear Mr. Mithilesh
After going through or glancing through the first few pages of the document, I must admit that a great service to the humanity has been done .
I feel it would need a lot of time and persuasion to accept and implement the proposals.
As a first step, may I request all to support Mr. Arvind Kejriwal for his initiative to try to cleanse the system. more
Mar 18