It is becoming increasingly clear that some group of people who seem to have pledged hatred for Mr. Narendra Modi ,are organizing themselves under various names such as “intellectuals”, “scientists”, “leftists”, “activists, “students”. It is obvious that they are backed by section of media , particularly English media , for whatever reasons. It is also suspected that these forces may be supported from abroad by way of funds and by some religious groups, who are not keen that India should progress and become a leading player in the world, which is likely under Modi’s governance.

In any case, these forces are creating tension and disharmony in the country and are attempting to undo the positive climate for growth that Mr. Modi is striving hard to promote in the country.

The good work done by Modi government is not getting mentioned in the media or are published without prominence. On the other hand , the media gives huge publicity to the activities of the anti Modi forces and their statements. This is a very disturbing trend and those who care for the sustained growth of the country and understand the growth oriented approach of Modi government have to assert themselves and make themselves heard .

I am not suggesting that those who want Modi’s progressive government to continue should march on the road and demonstrate in public .

On the other hand, they need to write and speak about the positive aspects of Modi’s governance wherever opportunities arise and in discussions in local groups. It is likely that many communication in support of Modi government are unlikely to be published in the media in the present circumstances. But, they should write in social media and send emails to friends and associates , whenever positive steps are taken by Mr. Modi and criticize the negative acts of the anti Modi forces.

It is essential that the anti Modi forces who obviously have vested interest and counter productive strategies, should be challenged knowledgeably and effectively.

Let there be a peaceful and dignified and progressive campaign launched in sustained manner. 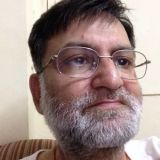 BHARAT BHUSHAN RATTANPAUL
Yes, very right. After a great effort NDA Govt has taken charge under the dynamic leadership of Mr Modi. The results shall appear on the ground but will take some time. His initiative on Swachh Bharat is commendable. I was working in a Public Sector Bank as in charge of 2 states with 325 branches under my control. I may tell you that I started swachhata abhiyan in these 325 branches in the month of August 2014. Will you believe that it took me more than a year to see the results on the ground. Whereas, Mr Modi has taken pledge for the whole country of 30 crore families or say houses including huts and pavements And the pathways. AND various other initiatives like skill India, make in India, Stand up India, Start up India and what not. Shining results will come but will take some time. I, wish long life for Mr Modi and second term as well. B B RATTANPAUL more
Mar 08

Hina Manerikar
There is an insidious campaign against Modi. Plz read this and tell others: http://www.htsyndication.com/htsportal/article/Our-way-or-the-highway%3A-the-JNU-story/11597904 The Jawaharlal Nehru University, hailed as one of the best in Asia, is also the fortress of left, often radical-left, students and teachers. A senior commentator, T.V. Mohandas Pai, chairman of Aarin Capital Partners, explained to The Sunday Guardian the roots of JNU’s leftist inclinations. “(Specifically), Professor S. Nurul Hassan, as Human Resources Development Minister in the 1970s, started the trend of converting JNU into a bastion of the left.” Throwing light on JNU’s past, Pai said that “Anti-India slogans have been a regular feature in JNU, but it’s only now they are catching attention due to the presence of the ABVP (RSS’ student wing, Akhil Bharatiya Vidyarthi Parishad) in the university.” a press conference called by a group of professors on Tuesday confirmed this charge. Professor Ram Nath Jha of the Special Centre for Sanskrit Studies, described the JNU Teachers’ Association (JNUTA) as “an oppressive body which is run by a few people who have their own way of decision-making and use their power to oppress alternative opinions.” more
Mar 01 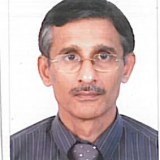 RAJAN NEITHILETH
Absolutely true. And I only pray that this disastrous game plan of a selected few is seen through by the general public. The times are such that, people confuse knowledge with wisdom. You do not need a triple doctorate certificate, to be in possession of vast amount of knowledge. Today it is available in the palm of any citizen with a smart phone. On the other hand not all, in spite of their "degrees" are endowed with or obtain the WISDOM - needed for uplifting the status of humanity as a whole !! Good governance need not need the help of so called 'high intellectuals' / social activists etc.. who go wrong in their thinking due to their ego & pride. more
Feb 21

Kalyan Mal Gupta
Many of us not only fully agree with the comment above but also feel concerned about the consequences of such mindless negative campagn by the vested interset supported by some section of the media as the progrssive steps being taken by the Modi Govt. could be targeted politically ( as happened in Bihar). When the Govt publishes its positive work, many of unknowingly (may be it some what natural in the process of communication) do not accept as such publication is considered biased coming from the Govt. We, the public need to realise our responsibility in spreading correct information about the Govt. policy and functioning so that people are not carried away by the motivated negative campaign by the opposition and other vested vested interest groups including a section of media. more
Feb 19
View 46 more comment(s)
Post a Comment