Here is some KEY points of Modi Janta Party (BJP) Manifesto. We can also say JOIN manifesto of "NAMO-IDIA"
1. BJP says it is committed to eliminating obsolete laws, regulations and administrative structures.
- Law and administrative structures are State subject. In last 12 yrs of Gujrat govt, how many laws were changed??
- None for good.
- One change they diluted the Lokayukta law in Gujrat to benifit him.
- 14000 RTI pending in various govt division in Gujrat.
2. IT based jobs in rural and semi-urban areas. It also promises ‘high-speed digital highways to unit the nation.’
- How many IT city build in Gujrat? How many new jobs created in Gujrat in IT?
3. Double the number of courts and judges in the sub-orinate judiciary. It also wants to extend fast-track courts to all layers of the judiciary.
- Again a state subject. What Modi has done in Gujrat ?? No answer.
- How many judges and fast track court in Gujrat?? No answer.
4. Networking of police stations and strengthening of investigations, making them swift, transparent and decisive
- Police reform is state subject which supreme court has order for all state to implement since many years.
- Do we have police reform in Gujrat?? No is the answer.
5. Evolve a method to hold Assembly and Lok Sabha elections simultaneously.
- This is the agenda Adwani is following since so many year, and now Advani is no one in BJP.
- If we feel Modi is serious, he atleast have mixed Gujrat state election with assembly election. Many state have done
- Why not Gujrat.
6. 100 new cities, along with twin cities and satellite towns
- How many new cities formed in Gujrat in last 10 years?
7. Public spending on education to be raised to 6% of GDP.
- How much Modi has spent in education in Gujrat. He has closed many govt school, to open private school in Gujrat.
- Again a double standard.
9. Strategic rail networks to connect hinterland to ports, agri rail network and bullet train project
- Any rail network in Gujrat? Any metros in Gujrat? Any mono rail in Gujrat? Any bullet train in Gujrat?
- 10 years nothing done..
10. Electic to all villages like Gujrat.
- Gujrat village was fully electrified by 1996. Why so wrong claim?
Will read the manifesto and keep on posting.. more
Helpful Lets discuss Elections Apr 08
Viewed by 641 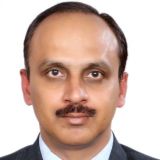 Anil Agarwal
Unfortunately,none of the political parties make themselves to their manifesto.There should be a review every six months on the progress made at least for the party which has formed the govt and the one leading opposition.EC should fix heavy penalties from nullifying the seat from the leader from where he/she has been elected. more
Apr 08

Santosh Giri (Internal Auditor)
Dear Mr. Singh,Please tell me diffirence between General Election and state assembly election if you know?? In this election we are fighting for Country and not for one state. So think about broad prospective of Country and not to State. When Gujarat state assembly will come then go to Gujarat and put all those statment infront of Gujarties. And please not to do in General election. more
Apr 08