Kejriwal to file cases against Mukesh Ambani and Veerappa Moily

This will get interesting. So far everything filed against Reliance has gone into the no-where land...

"Today we have instructed the anti-corruption branch to file a criminal case against Murli Deora, FIRs against Veerappa Moily, VK Sibal, the (then) Director General of Hydrocarbons, Reliance Industries Ltd Chairman Mukesh Ambani and others," Mr Kejriwal said, declaring that Reliance was being allowed windfall illegitimate gains. (Watch)

The chief minister said that the alleged swindle was affecting gas prices in the capital, which is why his government is intervening in a deal struck between the Centre and Reliance.

The union government in December said that from April 1, Reliance can double the prices of gas that it produces from the D6 block off the Eastern Coast. Mr Kejriwal wants the Prime Minister to suspend that hike pending an enquiry.

Reacting to Mr Kejriwal's allegations, Oil Minister Veerappa Moily said,"Nothing is done without expert advice. If he can give (us) some money, we'll be happy to reduce prices."

Reliance, which operates the D6 block off the eastern coast, has reported a sharp decline in gas output since 2010. It has blamed geological complexities for the fall in output, but the oil regulator believes it failed to drill enough wells. (Read more...)

The government cleared the higher prices after Reliance offered financial guarantees to the government to settle any claims against it over a shortfall in its gas output. more
Helpful Lets discuss Elections Feb 11
Viewed by 1202
View all 12 comments Below 12 comments

Swagatika Tripathy
hope proper evidence must be there to prove the point. it is not easy to punsih the culprit. in this country it take lots of time of to proof the culprit guilty. hope things will go in AAP favour in proving the point more
Feb 12 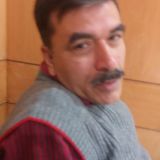 Akhilesh Dixit (Sector 45 Gurgaon)
We all know how Reliance contols Govt policies, even budget proposals so that it is benefitted.it can get Mins replaced if they dont toe their line.Both main parties are in its pocket.It is worth appreciating somebody has dared to touch the mightiest business manipulator of country. more
Feb 12 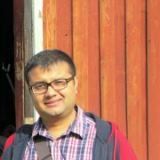 Amit Chaudhury
I think the first key step though was to strongly and with conviction blow the whistle. AK had done that and the FIR is a strong step that most in India wouldn't have to the courage for. Now as you have suggested Nitin, the citizens have to come forward and share their insights and experiences. It must be done not just for Reliance but for every major corporate that engages in such practices. more
Feb 12
View 12 more comment(s)
Post a Comment