Kejriwal - this is ridiculous

Aam Aadmi Party Chief Arvind Kejriwal today stoutly defended himself against the opposition's criticism of him travelling abroad in business class, saying that it was his dream for India that an 'aam aadmi' should also be able to travel the same way.

Speaking at a seminar organised by the Abu Dhabi Chapter of the Institute of Chartered Accountants of India (ICAI), Aam Aadmi Party or AAP National Convener, Arvind Kejriwal, claimed that "Our dream for India is that 'aam aadmi' should be able to travel business class."

The AAP, however, sprang to Mr Kejriwal's defence, asking whether it was a crime to travel business class, a facility it said was provided by the organisers.

"Technology has played an important role in creating jobs in India in recent years and has also helped in deterring corruption," Mr Kejriwal said.

Outlining the priorities of any government, he said that law and order, ensuring justice and improving and facilitating infrastructure development should be at the top of the list.

He said that if this is done with good intentions, then the benefits reach the common man otherwise wealth gets accumulated in the hands of a few.

"There is urgent need to increase the number of courts to ensure speedy justice especially in cases related to women," he said adding that this can be done without much hassle.

"Some political leaders have had vested interest in not allowing the judiciary to become efficient. This is because there have been cases against them and they didn't want to become victims of such a change," he said.

Mr Kejriwal said he has plans to make Delhi a complete WiFi-city and make greater use of technology in surveillance and to maintain law and order.

He said at least 20 new colleges are needed in Delhi to reduce pressure on existing ones and added that education upto 12th class should be free.

The AAP chief is on a five-day visit to Dubai and New York. In New York, he will deliver a lecture at the prestigious Columbia University and dine with his party supporters.

Mr Kejriwal, a former bureaucrat, is known for his simple lifestyle even when he became the Delhi Chief Minister.

He said that if governance improves in the country, then things will change drastically. more
Helpful Lets discuss Elections Dec 07
Viewed by 837
View all 21 comments Below 21 comments 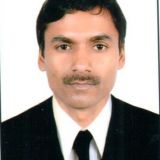 Satyarth Prakash (Shakti Khand Brave Citizens)
Why not BJP takes this first step and declares party's fund and expenditure in public? Be brave. Yes you are honest, you can do that. Please do it first.
The party in government must be the first to make this move.
A man with 56" chest should not hide.

A custodian must step first to set an example. You came into power by shouting slogans against corrupt UPA. Come on! do it now. more
Dec 11

Sanjay Gupta
Remember AK's 49 days in Power. He was criticized for every move. He was criticized for bungalow he was looking for as CM of Delhi. Criticism like this is not new. We would rather be surprised when people like Ranjana Sharma appreciate AK.
By the way, Ranjana, are you a common person (Aam Aadmi) or a privileged person. Wouldn't you like to fly business class with your kin? Why do you single out AK?
He is a common person like me and most of us and has every reason to enjoy with honesty.
Remember what we learnt in school- Honesty is the best policy.
AK's so called U-turns, were all in public good and as per the popular mood of the public.
Hats off to AK. more
Dec 10

Satyarth Prakash (Shakti Khand Brave Citizens)
BJP spokesperson is worse than a barking dog. BJP is getting shameless day by day.
Shame on NaMo that he is using his mates to create such nonsense. more
Dec 10
View 21 more comment(s)
Post a Comment