Kejriwal is now a concern to his own AAP members

The increasingly intolerant actions of AAP have dashed the hopes of Arvind Kejriwal's ardent supporters.
This one from Capt Gopinath who was pro AAP and joined them 2 months back.


In the 1920s, many great intellectuals embraced communism. Disillusioned with the exploitation by the new capitalists and horrified with the working-class ghettos that sprang up in the wake of the industrial revolution, they flirted with Marxism and Leninism in search of the 'Promised Land' and many became card-carrying members. Among them, six extraordinary individuals, led by Arthur Koestler, disenchanted after their short love affair with communism, described their experience in a celebrated book, "The God That Failed".

The Kejriwal-led Aam Aadmi Party, in a similar fashion, has drawn support and admiration from many prominent individuals: intellectuals like Lord Meghnad Desai and Amartya Sen, bureaucrats and diplomats, military generals, people from media and Bollywood celebrities. They publicly endorsed the AAP and a few joined the party.

Many of whom now are disenchanted with the AAP. And a few have resigned.

What went wrong so swiftly for the new party that raised so much hope and optimism?

In Kejriwal and his party, one can detect a streak of self-righteous arrogance with hubris. They consider everyone else evil or imperfect. And to usher in the ideal society that they dream of, they seem to justify all actions. A series of misdemeanours and flip-flops has marked their journey. Heaping the choicest abuse on the Congress and yet taking its support to form the government in Delhi, defending the condemnable behaviour of Somnath Bharti while the entire country castigated him, abdicating the responsibility of governing the Delhi state soon after staking a claim to rule it, criticising others in public life for leading a life of luxury but yielding to the temptation oneself - whether in using a chartered jet or requisitioning a bungalow for the Chief Minister or taking part in five-star dinners to raise funds while criticising others for vulgar consumption - drew adverse publicity from the media and friends. The opposition parties were quick to point out that the AAP was no different from them and that Kejriwal was a hypocrite.

Perhaps, AAP is justified in dismissing the criticism of other political parties as they consider their motives and their code of conduct suspect. But to ignore the counsel of their own well-meaning admirers shows a want of sagacity; perhaps blinded by the public adulation they have received, enabled by the media.

And now the last straw. There is outrage that Kejriwal has crossed all limits of propriety by calling the entire media, the very medium that made him a demi-god, as paid media.

In all Western countries where freedom of press is an article of faith, most powerful media houses are owned by big corporates. Often, there have been instances of scandals of corruption even among them. In India too, of late, some corporates, now accused of crony capitalism, and a clutch of political parties, especially in the South, control a few media houses.

We must recognise Kejriwal's fear that the threat to a free press by crony capitalists or political parties controlling media is real and cannot be brushed aside. It is as dangerous as the government's attempt to control the media.

It may have been wise for Kejriwal to announce that if AAP came to power, he would ensure that the freedom of the press is protected at all costs by appointing a team of eminent jurists and accomplished people from a cross-section of society to study and recommend measures to regulate the ownership of media by big business houses and political parties, so that they cannot exercise direct or indirect control over the media.

The prudent way for a political leader to guarantee the freedom of the press and strengthen it further if required is through constitutional amendments and not by crude threats to throw the members of the media into jail if one came to power.

India needs at this point in its history, honest and courageous political leaders like Kejriwal to remove corruption which has poisoned all institutions and subverted democracy. But the recent utterances and actions of the leaders of the Aam Aadmi Party is causing concern and alarm.

Amit Gujral
I think Capt. Gopinath is being too charitable to Kejriwal when he describes him as an honest and courageous politician....the gentleman has shown himself to be capable of the greatest moral and intellectual dishonesty and how can someone who has run away from every situation be called courageous.......the author and others like him were taken in by this charade and it is time they accept their own gullibility? more
Mar 20

Amit Kapil (IT Professional)
Yes he only want to be in media by attacking the most influential persons, the same way he attacked Shiela dixit. Why didn't he ordered to file an FIR against her which stopped her to become a Governor. more
Mar 20

Umesh Verma
Kijriwal took the benefit of Anna drama in Delhi & he won 28 seat in Delhi but did not know how to move further. He always show that he is only honest guy in India . His action is same as Nexllite but in City not in forest or village. more
Mar 19

Rekha Garg (IT professional having interest in Politics)
Very well said and written on Kejriwal. If you see views of Aap members on penal media, they are arrogant and feels that they are only correct. They are making fool of Indian people especially lower class from whom they get maximum support. more
Mar 19 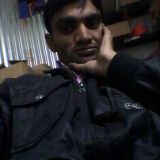