Former Delhi chief minister Arvind Kejriwal on Sunday said his AAP will be voted back in power in Delhi.

Speaking at a rally in Bangalore, the Aam Aadmi Party (AAP) leader said people are tired of all other political parties. more 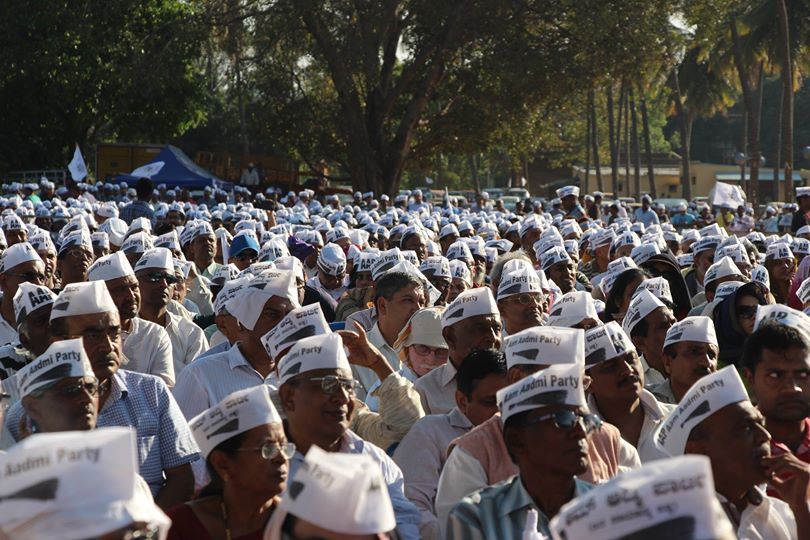 Sunit Vadehra
with due respect,Mr Goel talking through his hat;this is naive talk; more
Mar 18

Bhagat Singh
Rajendra Goel ji, I do not agree with you. I feel you have been brain
washed. AAP members are neither criminal nor corrupt. AAP is not
spreading hate among the societies/people. Only corrupt system is
responsible for nexa and communal riots/ISI/opportunists.
Real opportunists are BJP/congress parties, for this take an example of
LJP president Shri Ram Bilas Paswan and others who joined BJP recently
from congress and other political parties. Till yesterday, they were agains
and now joined BJP. BJP has joined in many corrupt like Yedurappa and
Belari brothers etc.
Agenda AAP is to create harmony among people of different societies.
Only AAP talks about eradication of corruption. AAP talks about Jan Lokpal
Bill which covers from President to Group D employee and other employees
which gets assistance from Govt.
Therefore, I feel, you should think time and again broadly for the nation.
It was AAP which ordered for audit of electricity companies in Delhi by CAG.
It was AAP which re-opened the corruption cases against Ex CM Sheela
Dixit. Which BJP could not dared.
Modi/BJP never talks about gas prices fixed well in advance wef 01.4.2014
decided in Jun/Jul 2013 which will affect all of us especially
poors/farmers.

So brother please wake up and open your eyes of brain and vote and support
AAP instead of BJP/Congress etc.

. BJP/Congress are group of opportunists, anti-nationals and
communal elements. No
patriotic person should ever support these. They are "Agents" for_ CIA,
Naxals
and ISI. Now, for these people, now BJP has become very honest (Ambani
brothers and Adani) and for Congres, Robert Vadra is also their respected
Damad) but projecting Arvind Kejriwal as the only evil
force. No patriotic person should even think of supporting these anti
nationals. ie BJP/Congress. . . .l more
Mar 18

Bhagat Singh
Yes, Mr Arvind Kejriwal said absolutely correct. People have fade up from
corrupt Govt/system. They have tasted the honest rule of 49 days of AAP.
Literate people can judge that it was AAP only that ordered CAG audit of
electricity companies.

Ajit Datt
In all this electoral din, only one voice is calling the names, of the Ambani's & Adani's, the back room players, that is AAP! This election is as much against the visible players, Congress & BJP, as as against the invisible ones, the " A&A Companies ", whom only AAP is exposing ! So vote for AAP. more
Mar 17
View 11 more comment(s)
Post a Comment