In continuation of my article Terrorist’s dictatorship on Saffron Government. I rightly expressed my anxiety on Modi Government and shown the five evidences for which Modi Government is liable to stand in the witness box. Even Government has not completed a week but indulged in the unexpected controversies. New controversy with regards to the HRD Minister Smruti Irani, she is merely 12th fail and holding such an important portfolio of education in the Modi Cabinet. Ms. Irani broke her silence and replied to the reporters judge my abilities, experience and working not education. Her contention is foolish and baseless; she is holding the cabinet rank of education ministry and not the cultural, drama or dancing ministry. What type of experience she has in the field of education she is non graduate. Even she has not stepped up the Universities what types of innovative ideas she has got for the development of youths or to change the education system.

2. She doesn’t have any previous knowledge how to run a ministry.

3. She has given wrong affidavits in 2004, 2006 and 2014 while contesting election which is a criminal offence.
Still she has been provided an important portfolio of HRD ministry and cabinet rank. If Modi Government has given her opportunity only looking her facial expression and maintained features and figure then it would not work out especially in HRD Ministry.
How Sumitra Mahajan ignored who is the eighth time winner in a row, and this time she has won with record margin.
After looking entire scenario it would not suitable for Irani to hold up the Ministry she herself resigned the Ministry on moral grounds. It would be OK upto when her educational background would have not come to public. She may be humiliated in the office because of her educational background. Her orders may not be follow-up by the highest rank officers, who are more qualified and experienced.
Thanking you,
Zuber Ahmed Khan
Journalist. more
Helpful Together Against Corruption May 31
Viewed by 190

Jitendra Thacker (Business Person.)
One is education & another is Intelligence & Ability. There is no doubt that Ms. Smriti Irani is very intelligent & able to take on the responsibility given to her by the PM.

PC & Manmohan had a lot of education, but the ruined the economy in UPA2. more
Jul 01

Zuber Ahmed Khan (Journalist)
Tapas, secondly my objection z very clear. Whatever Modi n BJP cried all in their political rallies, whatever misdeed and wrongdoing has done by the Cong Govt. we will not commit ne such types of mistake. Achhe din ane wale hain. In such a manner good days are ahead. Some people r defending Irani giving the example of Rabri Devi. I would like to ask with them what was the condition of Bihar at that time. Law n order situation. I think accepting morality Irani should have resigned. Upto when her educational qualification has not come to public it was OK, but as soon her qualification has disclosed it would not proper to keep her in the cabinet, can she dictate her orders boldly on the more qualified persons like Under Secretaries, Secretaries, IAS. Can these people will obey her orders. If any point of time her orders would be unethical there would be a question she is non qualified that z why she has given such an unethical orders. Govt. will have to face the rage of the officers of higher ranks. more
Jun 01 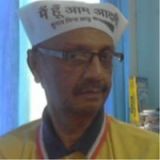 Tapas Banerjee
I wonder also how Smriti Irani was selected as a minister for d vital post related to education being herself totally non qualified for d post !!!! more
May 31

Dinesh Lakhanpal (Media Person)
The issue is quite perplexing....one must need to understand the psyche and the hidden agenda of BJP or even Sandh Parivar in allotting her such an important ministry. I would not care for any ones' educational qualifications if the contributions of the individual are visible in the society but here nothing at all, as per record is available. What does this mean? Can social scientists of the country and those who are supposed to be guards of the conscious of our great mother land have and responsibility and role to come out with a clear mandate? Why are they shying for making it a major debate? Who are they waiting for to look up to ask genuine questions about he thought behind this selection?

It definitely is a prerogative of the PM to select his team, and more particularly so, if there is compete majority with no excuses of - like compulsions of alliance etc etc - but important is does that mean that a democratically elected government can do anything they want, irrespective of the social and political obligations? And also, it is equally important to know whether the veterans within the BJP and all veterans to ask frankly, absolutely agree with the decision of the PM or the people behind such appointment?

It is important to know all this, as this is just one of the first steps, new government has taken, in introducing and rechristening their new slogan - less government, maximum governance - whatever that means.