Is it time for yet another demonetisation ?

In 2016,when Prime Minister Narendra Modi demonetised high value currency notes of Rs. 1000 and Rs. 500, it shocked the nation as all the country men were caught unaware of. Mr. Modi explained that demonetization was necessary to curb the black money, bring more people into tax net and curb money circulation to a significant level. It was then explained that high level of money circulation in form of cash was the primary reason for accumulation of black money.

The demonetization measures created problems for people but , by and large , people appreciated the objective of demonetization and the need to eliminate black money and corruption and therefore, Mr. Modi’s steps were largely supported by the people who put up with the temporary hardships. As follow up measures of demonetization, several steps were initiated such as promotion of digitization, enactment of several laws that seek to formalize the economy and make it necessary to report economic transactions. These include The ,Central Goods and Services Tax Act, black money (undisclosed foreign income and assets) and imposition of tax Act 2015, Benami Transaction Prohibition Amendment Act and the Fugitive Economic Offenders Act, to name a few.

While the demonetization steps resulted in increased tax collection and rooting out the black money to a large extent, it has not given long standing benefits. At the time of announcement of demonetization measures, Mr. Modi himself said that it was a first step to root out black money and corruption and several follow up measures were needed.

The currency notes in circulation stood at Rs. 21.71 lakh crore as of May end 2019, showing an increase of more than 22% over the pre demonetization level.

It is difficult to understand as to why Government of India, which says it is committed to curb black money and promote digitization, has allowed the cash circulation to increase to such a high level.

This increase in note circulation has the effect of defeating the purpose of demonetization announced in 2016 and nullifying whatever benefits that were achieved by demonetization.

Now, it is clear that the black money circulation in India has increased once again almost to the pre demonetization level and consequently the corruption and tax evasion has also increased.

There is no satisfactory explanation from Modi government so far as to why the currency circulation has been allowed to increase to such high level.

Sabus Joseph (Social Worker (Masters in Social Work & PG in Management))
Demonetisation is nothing, but to make black money to white money of some special group and hardship to public. In my view only card system should applicable for exchange purpose and bann all currency transactions will make transperancy in the system. more
Jul 03

Arun Patro (IT Expert)
Difficult to understand politics and economics.
Only pray for good thought come to our Politician/Law maker and economics mind.
Decisions should focus on constructive not destructive. more
Jul 03

Vinayak Rao
Mr. Narendra Modi held a referendum in his name during recent Loksabha Elections and won by a convincing margin. This referendum has shut up all critics.
Mr. Modi is a lone warrior, that believes in whatever comes into his mind. He acts at lightning speed citing secrecy, national security etc. He is not a leader that consults, builds consensus and carrysalong others with him. He is a lone crusader.
So it is futile to criticize him as he does not listen to you. There is no dialogue. Only a monologue. He tells, you listen. more
Jul 03 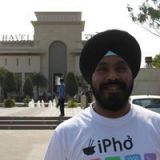 MAAN SINGH KHALSA
I don't agree fully. If thst would have been the case how come politicians distributed cash to voters in the last lok sabha and states assembly elections held in 2017, 2018 & 2019?
Even today there are majority of transactions occurring in cash daily.
India is not yet ready for such useless policies. Politicians are just fooling innocent citizens and wasting hard earned taxpayers money.

Our country will flourish by leaps and nound if all the politicians stop wasting public money for them and their families luxurious life style.