Times group , both print and electronic are in fact an extended arm of Congress party. Timesnow and TOI's primary objective is to cover up misdeeds of Congress and project BJP as the villain of the political field.One will never ever see in Timesnow debates or print media an occasion when it has given any grace marks to BJP let alone 1st Div. It is always critical of BJP and at times when it fails to find fault , it will drag BJP to 10 yrs old NDA rule or Yedis Karnataka- the substance of which is no longer recollect-able by the BJP participants in the debate.

Point in question is the hue and cry of TIMES groups against BJP President NITIN Gadkari in connivance with and on the behest of Congress party . TOI & TIMESNOW indulged in all sorts of false news and gossip against an honest person . Sole object being his dislodging from President's chair and defaming BJP. The group even raised a false witness in ANJALI DAMANI whose own personal credentials were suspect . She acquired agricultural land at through away prices , got its land use changed to residential , cut out plots and sold at huge premium . Her silly argument - my forefathers 200 yrs ago were farmers. Is there any body amongst us whose forefathers were not farmers 200 yrs ago when there was no industry and no other profession .

No sooner Mr Gadkari resigned , The Times group closed the chapter and never raised the subject again . Does its complicity with the ruling dispensation need any further proof ? However , there is another proof. The Times has given complete burial to 72000 Crores irrigation scam at the same place in the same Maharashtra . Is this just a coincident or for real ?

All of Times barbs against UPA are for public consumption Its anchor really do not mean anything . If ever UPA is caught any where by an enlightened debate participant , its anchor tries its best to balance by equally blaming BJP. ARNAB Goswami inculcates cent percent pro SONIA , anti BJP ideology. He has indulged hit and run attack on poor NITIN GADKARIJI . Through his vilification campaign , he made him lose Party PRESIDENT post . Then miraculously give the episode quiet burial .

The quality of media group like TIMESNOW can be judged from the fact that the issues inflation , corruption , governance, black money , jobs , development concerning the well being of this 125 Crore should only be focused , discussed & debated but ARNABJI work only on image development of GANDHIS . What has Priyanka's charm or Rahul's barbs and Sonia's utterances have to do with common man's daily problems . It later is top most priority for ARNABJI . WHY ? IT IS SYCOPHANCY .

As of now , TIMESNOW & TOI has unleashed all out war against Narendra Modi in the same way as it has done to Gadkariji. In contrast, not a word against crown prince RG . What does he do ? why does he remains absent from scene for weeks togather ? what are his views on the burning issues of inflation , corruption , black money, crumbling law and order , rapes & scams to name a few ? Gandhi's even a simple act is eulogized and highlighted as a great success by ARNAB GOSWAMI. He has conveniently organised TIMESNOW news team to design catchy headlines against BJP.

Today 29th April 14, Mrs R Vadra said few absurd things against NaMo to which he lavished sumptuous praise on her . Had similar things been sais by any BJP functionary against SONIA , he would have admonished BJP Party right and left . So much is ARNAB's sycophancy for SONIA . Reflect, constitutionally where does Mrs Vadra stand against Samriti Irani but ARNAB ridiculed Samriti to boost Priyanka's . He did not even allowed Samriti to speak while he was projecting Mrs Vadra in absentia .

Thanks to Congress's media management , some Editors , Anchors & Reporters are well taken care of , kept in good humour , their commonman's house hold needs which keep ordinary common man busy are well looked after by the party so as to enable him to take care party's interest above nation.

If this is the quality of INDIA's so called number one news media , then God only can save this country . more
Helpful Lets discuss Elections May 01
Viewed by 586
View all 37 comments Below 37 comments

Ramakrishnan N
The problem with Times of India (and for that matter, many mass media) is not knowing the difference between journalism & information transfer. The theme is always done at the behest of investors (huge money involved) hence they SHAPE THE OUTCOME. As u rightly said, Nitin Gadkari is someone known to be with clean past but Kejriwal & team called a press conference, hurled abuses and ran away. Same thing they did with Robert Vadra. Vadra swallowed it and worked his way with Kejri and team with some sweetheart deal but Nitin Gadkari reasoned with Kejri and team and eventually filed a defamation case. I don't think Nitin Gadkari will land up in court with a defamation case without a reason... Arnab Goswami's problem is, the Prannoy Roy told him, you are you because of me hence he moved out to another channel and he is always in a trip to prove his existence rather than indulging in clean journalism. more
May 22 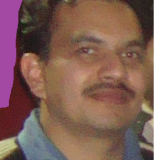 Deependra Singh
Yeah... community media is more interactive and without a bias.We have seen for last 60 years... only once party has ruled and it has been controlling government and private media houses. People do not understand if the information provided by media is correct and without bias. more
May 05


The real problem is - HINDUS are a divided lot and other religions are taking advantage of it and ruling over us. Christians ruling the country is OK with PURI & DWARKA SHANKARACHAYAS. The moment moment a HINDU ventured to rule , both these timid shankaracharyas are opposing him tooth & nail . While special privileges ,reservations and doles are granted to religious minorities , poor amongst HINDUS are not even discussed .

2. These Shankaracharyas are OK with burning sleeping train passengers in Godhra but not OK with great Hindu developer MODI who has not killed even an ant in his life time . These people are responsible for the slavery of this country for centuries. Numerous other riots are of no relevance to Shankaracharyas . They only know 2002.

3. They have no grudge against ABDALI who killed one lakh HINDUS in a day .

4. The Shankaracharyas have nothing against Muslim rulers burning JENEYUS in tons daily and having friendly meetings with them against MODI because he speaks for HINDUS and our ancient civilisation of this country .

5. The shankaracharyas have nothing to say againsy JAJIA tax on HINDUS during mughal period.

While PURI & Dwarka Shankaracharyas are emitting foul venom against MODI , others are giving them silent support . Shame on these Shakaracharyas who have let down ADI SHANKARACHARYA - the upholder of HINDU ETHOS . They must not forget that when ADI Shankaracharyaji came on the scene when whole country had become BUDHIST . He took a vow to re-establish HINDUISM . So was created these four PEETHS by him to save Hinduism . He would never have thought even in his dream that one day these disciples of his will turn ANTI HINDUS .

Hindus are in fact ultra secular . We have not learnt anything from history . We suffer at the hands of invaders . Our people are killed , maimed , butchered , converted , freedom snatched . After sacrifices by some of us , we get freedom again . Then , we start loving our very same tormentors / invaders . We embrace them . Give them more than what we take for ourselves. We respect their faith . we refrain from having pride in our own faith , lest they may get offended . Then again at right opportunity , they enslave us through secularism , through calls like shared values and peaceful co-existence. Again some of us give sacrifices . Again we get liberated . Thus cycle goes on and on for centuries and ages . End does not seem to be there . In this ugly fight for survival , common man goes on living his life in poverty , deprivation , decease , hunger ,thirst , fear , slavery . But in the end , we learn no lessons . We even desist from remembering our sufferings and our past to please our tormentors . Imported civilizations write our past history in the way they would like us to know . They tend to make us forget our glorious past through rewritten historical changes .We keep mum and afraid to say the truth, lest they may get annoyed . Most ugly part is that our past masters/rulers refuse buy our line and refuse co-existence in real sense of term . They continue to project themselves as victims which distorted argument/lament is well accepted by many of us .They continue viewing us with suspicion . THIS IS THE LIFE OF THIS COUNTRY IN SHORT . more
May 03

Sneha Goyal
The future of media is in community media like this. No Ambani, no Congress ownership. In the community, by and for the community. more
May 03

KRUSHNACHANDRA SAHOO
Times Now is not Indian...It is a foreign channel... It is ant Hindu also. I am amused there was allegation on Nitin Gadkari by Manis Tiwary...Gadkari went to court...Now Manish has apologized ...IT IS TIMES NOW TERM TO SHOW THE LETTER AND HAVE A DISCUSSION ON IT IN ITS CHANNEL...BUT WILL IT DO? more
May 03
View 37 more comment(s)
Post a Comment