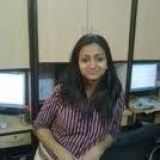 If a customer is invoking force majure Due to COVID-19 to cancel a supplier contract, is that valid?

Anil Sharma (Expert)
If force majure is cited as one of the reason for cancellation of the contract, then the vendor can do so depending on the nature of the supplies and the effect on business. You can discuss with your customer for the need of invoking the clause. Generally in a contract force majure is for the benefit of the supplier in case the supply of the service is delayed. Please read the contract carefully. more
Mar 21

Jayant Tewari (Out-Sourced CFO)
Please review your contract - normally force majeure can only be invoked by the Supplier to get the customer to condone delay in supply ... it is NOT something the customer can invoke to revoke the supply contract. Whether or not Covid 19 is a force majeure situation, and it certainly is, it cannot be used by a customer to reject supply of goods or services if provided by the vendor. more
Mar 15

Ajoy Guha
Unless, what you are selling is food items. Is 'outbreak of an epidemic' is covered in your force majure clause? Rest of the comments I stand by Mr Bharat Mittal's comment - what he has explained above. more
Mar 14
View 7 more comment(s)
Post a Comment