Mumbai, though the capital of Maharashtra, is known more for its Bollywood, for the stock market and for cricket. There is glamour and money in that. Nobody looks at Mumbai politically.

Patna and Ahmedabad or Kolkata and Chennai evoke political colors. But strangely the only political colour Mumbai evokes is that of the Shiv Sena. This is because TV channels and newspapers have always given out-of-proportion space to the late Balasaheb Thackreay. Even a routine or mundane statement made by Balasaheb would make news on 24x7 TV and often it would generate controversy.

After Raj Thackeray rebelled and formed his own outfit, the Maharashtra Navnirman Sena or MNS, the conflict between him and cousin Udav Thackeray, Balasaheb's son, made headlines. Volatile Raj and vacillating Uddhav provided violent sound bites to the newshounds.

Most people outside Mumbai and Maharashtra usually think that the political agenda in the state is set by them. The reality is that out of 48 years of its existence, the Shiv Sena was in power for only five years and that too in alliance with the BJP. Its spread across the state has been limited mainly to cities like Mumbai, Pune, Nashik and Aurangabad.

Neither the Shiv Sena nor its cousin the MNS, have their roots in the rural-agricultural-belt and they do not control any sugar cooperatives. In the classical sense, the Shiv Sena is not a regional party.

One month before elections in Maharashtra, the Shiv Sena challenged the mighty BJP, led by the mightier Narendra Modi, who has treated the Sena with contempt. He thinks the Sena is a burden on his party.

Their alliance was always uncomfortable, but having realised that without coming together they cannot ever come to power, they stuck it out. The BJP always played second fiddle, knowing that the Sena has a mass base, though only in some cities.

The BJP's image of itself was that of a middle class party, primarily upper middle. So the so-called white collar class joined hands with the lumpens and the blue-collar working class. The Sangh Parivar led by the Rashtriya Swayamsevak Sangh or RSS provided the "brains" and cultural dimension and the Sena's youth brought in the "muscle" power. The equation worked and in the distribution of seats, the Sena always had a much larger share.

That equation collapsed with the Modi-led BJP coming to power at the centre with a majority all its own. The RSS now had muscle power.

Suddenly, the Sena realized that it was about to get secondary status and the BJP was going to extract its pound of flesh. It was an existential dilemma. To agree to an equal number of seats to be contested amounts to formally surrendering the claim of being a big brother.

The BJP claimed that the roles were reversed now. Then, its performance in the by-elections made the BJP step back and there is compromise in the air.

But even if Amit Shah and Uddhav Thackreay arrive at a satisfactory seat adjustment, the marriage is on the rocks. It is a war of the roses. And with or without the alliance, the electoral color of Maharashtra politics will change. If they fight together, there will be sabotage from both, to bring down the number of seats of the partner. If they fight separately, then it is all out war. And indeed, who can stop the break-up of the marriage after the elections?

The crisis in the so-called Progressive Front of the Congress and the Nationalist Congress Party or NCP is even worse. Despite the live-in relationship they have been in for the past 15 years, both regard each other as a rival or "opposition" party. They too will be undermining the candidates of the partner-cum-rival.

The NCP is in an extraordinarily advantageous position. It can fight as a front, and yet can easily break away, to form an alliance with the Sena or the BJP, depending on the numbers. Sharad Pawar regards himself as a master player in the numbers game. So here too it hardly matters whether they fight together or separately. Unlike the Congress, the NCP has all options open.

The joker in the pack is the MNS. Raj Thackeray has declared that he will fight all 288 seats. That bravado has little merit on the ground. But whatever number he finally brings to the assembly, five or 25, he too will remain open for negotiations, depending on who needs whom.

The negotiations in the saffron Aalliance or the protracted talks in the so called "pseudo-secular" front have neither ideological foundation, nor programmatic understanding. In this number game, it is the Congress, which is trapped. It cannot go with anyone except the NCP, whom they distrust.

But the NCP and the Shiv Sena can go with each other and also with the BJP if the final tally creates a number vacuum. The only solution to this puzzle will be if the BJP goes alone and gets its own majority.

Amit Shah is aiming at that. No other party can even fantasize about its own majority. The basis for that fantasy is the presumed Modi Wave. If all the five parties - Congress, NCP, BJP, Shiv Sena and the MNS - fight on their own, perhaps all of them will come face to face with the electoral reality that they don't even have enough candidates to field, forget the resources.

Only one thing appears almost certain: the Congress will be isolated and defeated. It does not have the energy, will and resources to form its own government even if it chooses to go alone. All others have already started practicing the trapeze art. They will hold and swing with anyone to keep themselves in the air. On October 19, we will know who remained in the air and who fell in the net. more
Helpful Together Against Corruption Sep 19
Viewed by 166 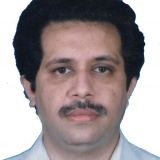 Zacharia Kassim
Cctv not enough all order and judgment should be examine by a comittie if a complaint is recieved from anyone.keeping all video not goingnto solve the wrong judgment as of now all writteb statment also available who dare to read the order and video. Calling all of you in this circle to join toghter to fight and make a forum out of this circle, i am ready come on all of u call me 7736743113 . Since this agenda will bot help to fight for this, we all should join now. The subjtct is only paper tiger, nothing is going to happend in this circle, this moderator wont take this issue more
Dec 02

Mahendra Parekh
Sir very true. People have lost their old cultural values in which they have grown up. their only aim is to make money hook or crook. For them money is everything in life. At every stage C.C.TV /Video should be recorded more
Dec 02