If only the elected rep of every constituency did this....

With a view to weed out corruption from the Lok Sabha constituency, Aam Aadmi Party (AAP) MP Bhagwant Mann has decided to start a 24X7 helpline for residents to inform him if any officer from the district administration or the police department demands bribe from them.

After collecting information about the officer seeking bribe, he says he will himself approach the officer with the bribe money and take action on the spot.

Talking exclusively to Hindustan Times, Mann said, “Corrupt practices are very common in our system, especially in the police department. After repeated complaints by residents, I have decided to provide them my contact number to inform him directly if anyone demands bribe from them.”

“I have taken this step after three people from Malerktola subdivision approached me to inform me that a few officials of the excise department, posted at Moonak toll barrier, had taken Rs. 20,000 as bribe to release their vehicle in which they were taking cattle feed from Hisar (Haryana),” he said, adding, “I immediately took details of the officials and probed the matter. An official admitted that they had taken a bribe of Rs. 20,000 from three farmers Labh Singh, Kuldeep Singh and Jang Singh of Jahner Kalan village of Malerkotla subdivision on July 9.”

“I managed to get back the money from them and returned it to the farmers, but now I have decided to take a solid step in this direction and, now I will give my own contact number to the residents to inform me if any officer demands a bribe from them,” the AAP MP said.

When contacted, farmer Labh Singh told the Hindustan Times that, on July 19 at around 12:15 pm, they were returning after purchasing cattle feed from Hisar, excise officials stopped them at the toll barrier and asked to pay Rs. 40,000 besides Rs. 1,400 as other taxes”.

“We were having only Rs. 14,000 with us that we paid to them. However, they released our vehicle on the condition that Rs. 6,000 will be paid the next day. However, when the excise official reached us to take the remaining Rs. 6,000, we informed Bhagwant Mann, who inquired into the whole matter and recovered the money from him.”

However, excise and taxation officer (ETO) Amarnath, who was posted Moonak toll barrier, said “We have received a complaint against constable Darshan Singh and we have sent him back to the Punjab police.”
ETO, however, refused to order any probe to find out the involvement of other officials saying, “I don’t have more information about this, but I got a complaint and took action immediately against the constable.” more
Helpful Lets discuss Elections Jul 15
Viewed by 748
View all 8 comments Below 8 comments 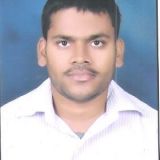 Bhagat Singh
Yes, Sikha Jain ji, corruption can be controlled only if our leadership
have will power to do so. Take an example of Delhi Govt while Mr Arvind
Kejriwal was a CM.
Corruption is flourished by top level by providing them an umbrella of
protection like implementing the scheme accoding to favorably to commission
providers. Take an example of initially objecting for e rickshaw and when
saw that the matter is going opposite, Govt declared that e rickshaw can be
used without amending Act/Rule..

Arjandas Daryani
Dear Aadmi Party (AAP) MP Bhagwant Mann, I understand that you are novice in the matter of corruption in Govt department. The officer generally delays &/or puts unneccesary objections in order to compel the citizen to pay bribe through a contact person who generally is his/her subordinate/assistant. In order to explain it I am putting my ordeal explain for getting the work done. I record my story in this matter as under:
I had got two General Power of attorney (duly endorsed by Indian Consular abroad) from my daughter & her husband(my son-in-law) for purchase and leasing of a property. The SDM adjudicated the GPA of my daughter after one month after a great hassle but raised objection in case of my son-in-law asking me to declare the value of property so that he can calculate the value of Stamp Duty before adjudication. I endorsed that I had requested for adjudication of a document i.e GPA for which stamp duty is Rs 50/-; also I questioned him his wisdom in granting adjudication of GPA of my daughter but adopting another method for similar work i.e my son-in-laws's GPA. He did not adjudicate it. Even DM under RTI Act circumvented & suported him. The IInd Appelate officer i.e CIC only warned the representative of SDM for not providing me the note sheets of the file dealing with adjudication of my daughter & son-in-law as I wanted to know as to who has noted what in that file.
I wish to request Sh Mann to publicise &/or forward me his contact number, I will get him a number of such cases which are completed after taking bribe. This is because there is no accountability, no penality & lenghty procedure to book that officer; rather the officer goes out and gets regular promotions more
Jul 16