India forging ahead under Modi's stewardship inspite of constraints

Last four years plus in India with Mr. Narendra Modi as the Prime Minister has been eventful and exciting period.

One of the senior members of Mr. Modi’s own party described him as an event manager before Mr. Modi became the Prime Minister. While Mr. Modi proved this description to be partly correct as he has been constantly communicating with people and organizing positive events such as yoga movement , his performance has been much more than mere events.

After all, in a country of India’s size and complexities, not only good things have to be done but the message about the good things happening should reach the people, so as to build their morale and confidence about the future of India. This is what Mr. Modi has been striving to do.

Mr. Modi’s pledged critics have been criticizing him for not fulfilling some of his promises. But, their criticisms are uncharitable , since they do not refer to several things which he has achieved in the short period of four years plus.

What stands out about Mr. Modi’s four years plus as Prime Minister is that nobody doubts his sincerity and ardent desire to lift India in the world stage.

The focus of Mr. Modi’s governance has been to make meaningful and positive impact not only in the overall economic growth of the country but also to make quick and positive difference in the day today life of the deprived and downtrodden section of the society.

His achievements are many .One is the shock treatment given to those who thought that the persons indulging in corrupt practices would not be challenged at all.

With considerable courage of conviction, Mr. Modi announced demonetization. In spite of the temporary problem that it created, people by and large stood by him ,appreciating his approach to root out the evil of black money. The demonetization measure created enormous apprehension and fear amongst those thriving with tax evaded black money in the parallel economy and large number of people were brought into tax net.

While critics say that the demonetization measure was buggled , Mr. Modi clearly said that it was only the first step in the long road to root out corruption in India.

The demonetization step made everyone realize that here is a leader who can act strong when necessary,even if it would cost his job.

This was followed by several other initiatives to streamline administration and put the economy on the healthy path such as implementation of the Goods and Services Tax, Insolvency and Bankruptcy code to punish the loan defaulters and force industrialists and investors to realize that they cannot get away after defaulting huge loans to the banks. So many other initiatives in economic front in a short period of four years plus is unsurpassed in India in the nearly seven decades after independence.

At the same time, several social initiatives that Mr. Modi has taken to serve the cause of the poor and downtrodden in the country are laudable and praiseworthy. The construction of thousands of free toilets , providing free LPG connections to the poor people, enabling the poor people to open bank accounts, introduction of digitalization are all some of the high class transformative reforms of far reaching significance.

During the last four years plus, Mr. Modi has been constantly talking about economic and social development and highlighting the traditional greatness of Indian society. He has certainly brought a change in the mood of the country men and by boosting their aspirations and desire with hope to improve their life conditions.The yoga movement ,clean india programme are all gradually bringing about healthy transformation in the mental make up of the country men.

Certainly, India has still a long way to go.

Corruption has not been completely eradicated and several social evils that have been existing for many decades have not yet been rooted out.

The constraints facing Mr. Modi are high. Section of the media and politicians and the so called social activists in India have not been as responsible and balanced as they should be. Fissiparous tendencies in the country due to linguistic or caste or other reasons are persisting.

What is very important to note is that Mr. Modi has made very strong efforts with considerable foresight and vision to attack the fundamental problems facing India and utilize the opportunities that are available to make the country achieve a big leap forward.

Let not anyone, whether in India or abroad, under estimate the great courage of conviction , faith in India’s destiny and sagacity shown byMr. Modi to undertake basic economic and social reforms, which certainly are having a positive transformative impact on India.

As the next parliamentary election is in the offing and the opposition parties are grouping themselves to unseat Mr. Modi without any comprehensive action plans, India’s chances of sustaining the growth path hinges on the country men voting back Mr. Modi as Prime Minister of India in the 2019 parliamentary election. 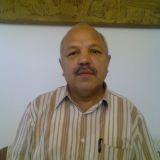 Suresh Bagga (ex Bank Manager)
It is regretted, people presume, modi is doing in one hand and the people should get something on the other hand. He is doing a lot quietly for the better. I am all praise for him. more
Aug 06

Ashish Manchanda
Mr. Venkataraman, I think above all Mr. Modi has shown us how a person can contribute towards the country. The unfortunate part is that most of the people in India are thinking about themselves; the poor because they are dependent and the rich because they are independent. Only a few handful of CONTRIBUTIVE people are making this country progressive. The Indian society is divided into ONLY two category of people i.e. those who are political and the rest. Let us for some time avoid the discussion on the political matters due their complex nature beyond common perceptions. Let us look at OURSELVES who are the NON-Political common masses AND religiously believe that it is fine if we break some rules since our politicians are dynastic and corrupt. For us there is no problem if flout the common rules like traffic, queue systems, give bribe, litter around and not do my allocated tasks diligently. What makes us think that if I can do my selfish bit then other will not follow suit. This is exactly happening here, that, we are cutting corners in our work both as a profession as well as in our social tasks and yet expect that the: Restaurants should not serve stale food OR Doctors should not prescribe branded medicines OR Teachers should not neglect the students in a class OR Contractors should not do adulteration in construction work OR Businessmen should not cheat on Taxes OR Farmers should not use chemicals in agriculture OR Media should not be biased OR Bankers should not do frauds etc........the list goes ON and ON. After all majority of us are engaged in such negative practices in this country and that is why we and our next generations are SURE to get the same in return from everywhere. WE must learn from people like Mr. Modi - how to do our work sincerely in such a manner that it is creating value in society OR at-least it is not creating problem to others. THE BUCK MUST STOP AT ME! more
Aug 06 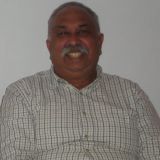 Anoop Kishore Bhatnagar
Mr. Venkataraman.......Too long an article in praise of Hon. Prime Minister of India Sir Swami Sahab Ji Maharaj. A retired Officer from Aviation Industry with no pension and no source of income except interests from Deposits that too very low?????????????? What HE has done for the Common Salaried class. HE wants foreign trips with our money with NO investors in India. HE is fond of MIKES and STAGES. Even wake him at mid night and hand over a micro phone, HE can speak on without any subject for hours together. more
Aug 06
Post a Comment