Some on the ground assessment by Wall Street Journal....

From a distance, Prashant Pandey, a 30-year-old who owns a clothing store in the narrow lanes that surround Varanasi’s renowned Kashi Vishwanath temple, appeared to be a supporter of Narendra Modi, the frontrunner to be India’s next prime minister.

Mannequins standing in the display window were dressed in saffron tunics and campaign caps of Mr. Modi’s Bharatiya Janata Party. A large cutout of a lotus flower, the party’s election symbol, adorned one wall.

But on Monday, Mr. Pandey said, he will vote for the Aam Aadmi Party, whose anti-corruption leader Arvind Kejriwal is running against Mr. Modi to represent Varanasi in Parliament.

Mr. Pandey said he had decorated his store with BJP paraphernalia because others in his neighborhood are strong supporters of Mr. Modi, a sentiment he didn’t want to openly defy.

“I don’t want to spoil relations with them,” Mr. Pandey said.

Vocal support for any party other than the BJP — and particularly for Mr. Kejriwal — would attract too much attention in Mr. Pandey’s predominantly Hindu neighborhood and could lead to an unnecessary argument, he said.

“No one is looking when I go to cast my vote,” said Mr. Pandey, revealing a folded-up white Aam Aadmi campaign hat from under a table with a conspiratorial grin. “I want to give Kejriwal a chance.”

Mr. Kejriwal and his party’s hundreds of fired-up workers have been running a rigorous door-to-door campaign in Varanasi, trying to win voters.

Volunteers walked the streets wielding the party’s symbol, a broom, and held dozens of small rallies in which they invited even strong supporters of Mr. Modi to answer tough questions. Their commitment in the face of great odds, some locals say, has endeared Mr. Kejriwal to voters – and has won him some support at the ballot box.

While even supporters of Mr. Kejriwal predict a Modi win, Mr. Modi’s fans begrudgingly admit the Aam Aadmi Party has stolen some of their thunder.

Aam Aadmi’s campaign could bring down the margin of Mr. Modi’s victory, some say, potentially embarrassing a party that has talked about an unflinching wave of support for its prime ministerial nominee.

Kanhaiyalal Tiwari, 37, who runs a small streetside paan store, says the 65 members of his extended family will vote for Mr. Kejriwal, though like in Mr. Pandey’s shop, a poster of Mr. Modi is tacked to a wall behind his shop.

Mr. Tiwari said Mr. Kejriwal’s volunteers had come to his house several times to ask for his vote. “He has managed to win many hearts in Varanasi, eventhough he is running against a stalwart of politics like Modi,” Mr. Tiwari said.

“If Kejriwal wins here, there will be a good mix of candidates in parliament,” Mr. Tiwari said, pointing out that Mr. Modi is also running from a seat in Gujarat, which he is certain to win.

Apart from a small community of closet supporters, Mr. Kejriwal also has the backing of Varanasi’s Muslims. Over the weekend, many particularly from the Sunni sect, asked themselves a question: Which candidate has even a chance of beating Mr. Modi? The answer, they said, was Arvind Kejriwal.

“Never, never, never will we vote for Modi,” said Dawood Khan, 40, who owns a small business. “If he does, Hindus and Muslims won’t be equal in Varanasi again.”

Mr. Khan said that hardline Hindus had already started “bossing around” Muslims, saying things like “now your time is up.” Mr. Khan said he had earlier planned to vote for the Congress candidate Ajay Rai, but now preferred Mr. Kejriwal because “he’s still in the fight.”

Mr. Modi’s supporters are hoping Varanasi’s Muslim vote gets split between Congress and the Aam Aadmi Party, both of whom have campaigned aggressively for Muslim votes.

Standing outside a mosque after Friday prayers, Mohammad Farhan, 26, said he would spend the weekend making sure all his Muslim friends and family vote for Mr. Kejriwal.

Meanwhile, around the temple, Mr. Pandey said he too has tried to convince his family to vote for the Aam Aadmi Party, but without luck. His father would “sooner disown his son than vote for anyone but Modi,” Mr. Pandey said. His 28-year-old brother Shashank Pandey said he’s on the fence and wonders if as a first-timer, Mr. Kejriwal will be able to develop Varanasi.

“Either way,” he said, “even if Mr. Kejriwal gets the second place convincingly, that’s as good as winning.” more
Helpful Lets discuss Elections May 12
Viewed by 973
View all 6 comments Below 6 comments

Bhagat Singh
Yes, I met a street side tea stall owner and he was wearing the cap of BJP,
on questing he openly said that they will vote for AAP. They are forced to
wear the cap of BJP otherwise they may be beaten up. So there are so many
small stall owner who wore the caps of BJP and wished to vote for AAP and
only for AAP. I also met to many muslims who extended their full support
to only AAP. They said that 99% muslims will vote for AAP because Mr
Ansari and Ajay Rai both are having criminal back grounds.
In similar way, I visited many villagers in rural area, where most of
people of muslims and Patel said to be voted for AAP.
Thus I hope that AAP will win surely from Varanasi. If BJP distributed
money in bulk and changed the voters then only they can win otherwise Mr
Kejriwal will win.

Anil Narula
With all humility the party leadership for the sake of "SAB KA SAATH SAB KA
VIKAS may call upon the largest party in Delhi . Least Political
maneuverability , simply SUPPORT for objective of Service to Aam Adami. Am
among numerous DEHLIEST who voted for AAM ADAMI PARTY in October 2013. Let
it No Compromise but ISSUE BASED. let Good Sense Prevail?
On 12 May 2014 16:35, "Vinita Agrawal" <support@localcirclesmail.com> wrote: 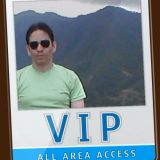 PRAVEEN SHARMA
Mr. Kejriwal will be able to develop Varanasi as he has done in delhi? more
May 13

Kewal Khanna
Shafaq, I emphathise with you "Hardliners are giving a silent threat to the minorities...". Not just the minorities, they are very menancing even towards the majority community folks, if we do not agree with them. See how they bashed up AAP volunteers in Varanasi. There is a section in the Sangh Parivar (the Bajrang Dalis and the like) who are extremists. Need to keep them in check. more
May 12 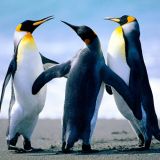 Anita Srivastava
At the outset people might be talking about voting for BJP or Congress being the two old and biggest parties but Vinita rest assured this time also the victory could be AAPs with flying colors as it happened unexpectedly in Delhi. At least I can sense this in the air following very closely most of the interviews and actions from others. I am very hopeful to see this in reality and that would be the happiest moment for me. more
May 12
View 6 more comment(s)
Post a Comment