In Defence of Delhi Police

Delhi chief minister and Aam Aadmi Party (AAP) supremo Arvind Kejriwal never loses an opportunity to snipe at Delhi Police. Last week he cited a private survey to term the city police the most corrupt and inefficient, only to be rebutted by Delhi Police commissioner BS Bassi, who quoted the same set of survey to say that statistics reveal that the public image of his force is on the upswing, which in fact had boosted its morale.

Kejriwal’s anger with the Delhi Police is on the boil owing to several reasons. The most important is the police force's professionalism and general attitude of disdain for politicians. It has never been cowed down by politicians during the tenure of previous Delhi governments ruled by the Congress or BJP even when they had their own governments at the centre. Being the police force of the capital city where every second person is a VIP or a relative, employee or associate of a VIP, it has deliberately kept itself secluded from influence-peddlers. Similarly, its work culture comprises not giving much leeway to politicians unlike in other states.

Kejriwal grudge with police is more personal. The force has acted against two of his senior leaders. One of the sitting ministers had to resign after the Delhi Police arrested him on charges of fake education degrees and another former minister got arrested on dowry and attempt to murder charges filed by his wife. There is a long list of other important AAP leaders who are being probed by the police for involvement in several charges.

The wide media coverage of the police’s action has dented the AAP’s image of a party with a "difference" and without "corruption". The party fears that more action from the police will further tatter its well-cultivated image. In such circumstances, the party’s strategy is to adopt the policy of offence as the best defence.

The party feels that by attacking the police, it indirectly scores political brownie points over its arch-rival - the BJP. In the process, it is setting a bad precedent by politicising a professional police force. It is also demoralising the force which is constantly engaged in keeping the city safe, and which had always remained high on the threat list of terrorist and anti-social elements trying to gain wide publicity of their action.

The Delhi Police is a “soft” target for a political party because it can’t choose to talk back because of the issue of discipline. Kejriwal, a former bureaucrat-turned-activist-turned-politician, is aware of the police’s weakness and exploiting it to hilt to further his own political interest. So every rape is being politicised and sensationalised.

Unlike other states, Delhi doesn’t have full statehood - its government has no home minister to defend it from political onslaught. The Delhi Police is headed by the commissioner who is the senior-most police official. He reports to the lieutenant-governor (LG) who in turn report to the government of India through the home minister. A home minister, past or present, has never micro-managed the Delhi Police’s functioning because it is practically impossible to do so. He has to look after the internal security of the whole country and has several other bigger political responsibilities.

The capital cities have always witnessed high crime rates because of several factors, most of which are not in their control. The capital city's booming population and a huge porous border makes the job of the police immensely challenging. It becomes even more difficult owing to abysmal police-population ratio. As a result of high awareness and a fairly educated population, it also has comparatively better records in the registration of cases. The police helpline number in the capital city is quite effective. Any call made to this number - 100 - automatically gets logged in a computerised system and a PCR (police control room) van reaches the scene of crime. In such circumstances non-reporting of cognisable offences, which is rampant in other parts of country, is quite difficult in Delhi.

All that Kejriwal does is to just scan the media and latch on to crime incidents and launch verbal attacks on the Delhi Police. Sometimes it serves his political agenda of diverting public and media attention away from his own government's incompetence and failures. He forgets that the police do not have a role in running the city and making plans for its development. A crime doesn’t take place in isolation. All criminals are part of the society. The police too is part of the same society. They live among us. They work among us. They are part of our culture. So are our elected representatives. If they all work together, Dilliwalas will only benefit as they had done in past. more
Helpful Lets discuss Elections Oct 27
Viewed by 1683
View all 16 comments Below 16 comments

Bhagat Singh
Here we see that everywhere is corruption and rule of power instead of rule of law. Muscle power is seen everywhere by authorities on the support of the centre govt which is dangerous for our democracy and society.

There should be harmonious relations among people and society at any cost. This will helpful for growing children for formulate a best society. more
Oct 28 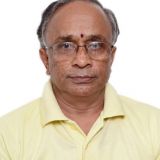 SUBBA RAO VENKATA PALAPARTI (Yoga teacher, fin planning & advisory professional, imp/exp consultant)
Indeed there are difficulties in administration primarily due to overlapping and dual authority, reporting etc. etc
Can any one digest a fact that being in administration and a civil servant Khejriwal was unaware of these situations. If he was aware why did he make false promises. He should be censured with no recourse as he played mischief being fully aware of!
He wants answers to his allegations. What does he do on proven corrupt officers of his. Did he ever answer the "illegal" law minister or about the minister who was allaying police over arrest etc. About 100s of crores spent on advertisements of public money for his personal benefit. more
Oct 28

S K Virmani (Citizen Empowerment)
In my view we also need to keep in mind that Delhi Govt is not being allowed to function. There are certain development being watched are like transfer of VAT commissioner, appointment and transfers of officials, Anti-Corruption Bureau, Law and Order, appointment of enquiry commission, strike of MCD staff. It seems that the centre is not aware of that the elections have been held in Delhi and there is an elected government. more
Oct 28

Arun Patro (IT Expert)
Every system need to be accountable to public. There is no point defending or criticizing Why not give practical suggestions how to make Delhi police more efficient and transparent? Role model for all state police department. more
Oct 28

R K Nanda
Kajriwal jee has all the hatred with every body, he does like the work of the Prime Minister and his team with only ambition of dictating the country, even any member of his party having any argument with him, is removed unceremoniously, and is keeping himself away from the responsibility what the people have given and no explanation is coming for ignoring his big promises. We have to observe and analyse from the entire picture. more
Oct 28
View 16 more comment(s)
Post a Comment