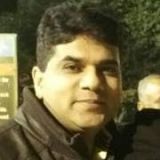 You may find this worth conveying ahead. DO READ complete..

The fact is, that Future our children is dependent on how progressively fast my country grows. And optimistically assuming, Modi did develop Gujarat from industrialization stand point. Does it really matter if he punished anti-national morons? Such country haters were supposed to be slaughtered like that! During 15 years of his assumingly progressive ruling in Gujarat, all search agencies have eventually taken a U-turn and handed over him a CLEAN chit. A lion like Modi as Indian PM will safeguard all of us from foreign elements who are jealous of India’s growth!

My dear honest countrymen! If you UTTERLY agree with above statement, then you’ve subconsciously accepted following.

1. Modi is a leader capable to act in most merciless manner and carries a dreaded & fearless ways of working.
2. Search agencies did a U-turn while he was a chief minister of Gujarat having complete control on police and administration.
3. As far as Modi is promoting industrial growth, how does it matter to me if he is making BJP a big family with members like Raj Thakrey who is a motor-mouth and equally butchery against a certain set of Indian society (Bihari’s)?

Modi’s supporters can effortlessly digest now-consciously realizable facts just because our objective (to see our children succeed as professionals) CURRENTLY seems to be matching with Modi’s selling point of industrialization in India.

A human is at his aggressive best when it threatens his own existence. Are we now also willing to accept that, once Modi is in power, if any side-effects of his (or even of his alley’s like Raj Thakrey’s) ambitious decisions are opposed by any kind of logically explainable views of any minor section of society (something like Anna Hazare’s hunger strike or Delhi bus gang-rape agitation) where government faces real danger of falling down, Modi would handle such scenarios as hazardously as he handled minorities in Gujarat and will later make search agencies dance to his tunes and take similar U-turns?

Are we getting ourselves & our children mentally prepared to barter our assumption of industry growth with Modi’s demolishing ways of succeeding?

Until a few year's ago, Pakistani votes were collected on the name of hatred against India (their Anti-nation) and extremists continued to come into power. See their condition now. You can’t breed a snake in backyard assuming that it will bite only the neighbours. Your own children become equally prone to be harmed.

Chakresh Jain
Congress has been wiped out because they were intolerant, now BJP has adopted the same congress attitude of intolerance who knows they may come and go, more
Mar 18

Sanjay Gupta
Dear Tilak Ji
There are some fence sitters always. They may be in this forum to learn about the positive aspects as well. They may be posting negative comments to get the correct information from the members. more
Mar 18

Sanjay Gupta
Dear Mr. Chakresh. We need to be tolerant to the views of the opposition. Tolerance is the AAP ideology.
In any case, you will find 55% of the voters subscribing to Congress/ BJP. We need to consolidate the balance 45%.
Remember that AAP secured 28 seats in Delhi with 30% vote share. We really will have to work hard and not get bogged down by nay sayers. more
Mar 18

Tilak Gulati (RWA ACTIVIST/MEMBER,ENGINEER)
best is we ask the bjp agents planted in aap circle be requested to quit or we stop answering them. more
Mar 18

Chakresh Jain
We are seeing a lot of intolerant comments mostly from some BJP supporters who just are frustrated and do not have any ethics of a constructive discussions. All are entitled to put forward their views and counter views but the one by Rajendra goel was atrocious. more
Mar 18
View 30 more comment(s)
Post a Comment