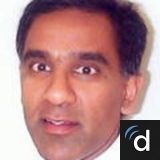 How to know if you talk too much - HBR

After I recovered from the embarrassment, he pointed out a nifty strategy that I have been using. It’s helping me and it might help  you. Nemko calls it the Traffic Light Rule. He says it works better when talking with most people, especially with Type A personalities, who tend to be less patient.

In the first 20 seconds of talking, your light is green: your listener is liking you, as long as your statement is relevant to the conversation and hopefully in service of the other person. But unless you are an extremely gifted raconteur, people who talk for more than roughly half minute at a time are boring and often perceived as too chatty. So the light turns yellow for the next 20 seconds— now the risk is increasing that the other person is beginning to lose interest or think you’re long-winded. At the 40-second mark, your light is red. Yes, there’s an occasional time you want to run that red light and keep talking, but the vast majority of the time, you’d better stop or you’re in danger.

Nemko says that following the Traffic Light Rule is just the first step in keeping you from talking too much. It’s also important to determine your underlying motivation for talking  so much. Is it that it just feels good to go on and  on and get more stuff off your chest? Do you talk to clarify your thinking? Or do you talk because you often have to listen to other people, and when you’ve found someone who will let you have the microphone you just can’t help yourself?

Whatever the cause, filibustering is usually a conversational turn-off, and may result in both of you deteriorating into alternating monologues. And that certainly will do little to move the conversation or your relationship forward.

One reason some people are long-winded is because they’re trying to impress their conversational counterpart with how smart they are, often because they don’t actually feel that way underneath. If this is the case for you, realize that continuing to talk will only cause the other person to be less impressed.

Of course, some people who talk too much simply “may not have a sense of the passage of time,” Nemko says. If this is the case, the cure is not to look inside yourself for psychological insight. It’s just to develop a better internal sense of how long 20 and 40 seconds are. Start to use a watch to catch yourself, for example, when on the phone. You’ll get in the habit of stopping an utterance when your light is still green, or at least yellow.

Finally, remember that even 20 seconds of talking can be a turn off if you don’t include the other person in the conversation. To avoid that, ask questions, try to build on what they say, and look for ways to include them in the conversation so it is a genuine dialogue instead of a diatribe. more
Helpful Startup/Making Doing Business Easier in India Jun 05
Viewed by 137

Mohini Rautela
what are the basic steps to start a startup. more
Jun 06