HOW TO AVOID CATARACTS.

How to Avoid Cataracts.

A cataract is a clouding that develops in the lens of the eye and blur our vision, causing nearsightedness (myopia) and decreasing our ability to detect the color blue. Left untreated, they may even cause full blindness. Many people develop cataracts in later ages, but there are ways to refrain from developing it, especially at an earlier age. Adhere to these tips and you may prevent a cataract ever forming on your lens!

Protect the eyes from the potential side effects of certain medications. Prolonged use of steroids, tranquilizers, and psoriasis medication may cause cataracts when taken in large doses over a long period of time.

Those suffering from diabetes should keep their blood sugar under control. This is because diabetics tend to develop cataracts faster and at an earlier age than other adults.

Protect your eyes from ultraviolet sun rays as these rays speed up the development of cataracts. Whenever out in the sun, wear sunglasses.

Studies have shown that antioxidant vitamins such as vitamin C, vitamin E and beta carotene slow the development of cataracts. Make sure your body doesn't lack any of these vitamins and if it does, take supplements.

If there is uncontrolled diabetes, injury to the eye, or visual symptoms of decreased reading vision, consult an ophthalmologist to evaluate the problem to help restore sight and prevent blindness.

Foods like butter, oils (except olive oil) and salt, and increased fat consumption in general has been associated with a higher risk of developing cataracts. So, avoid using or limit the intake of such foods.

Avoid exposure to heavy metals, particularly cadmium, copper, lead, iron and nickel as they may also increase cataract formation as these metals have been found in cataractous lenses.

Narendra Kumar (Expert - Contact Lens Educator)
I will say that even if vision in the other eye is good, and surgery for cataract in one eye is not advised due to any reason, it's better to be under the regular periodical care of your eye doctor as cataract may become over-ripe thereby presenting more serious complications like glaucoma. more
Oct 06 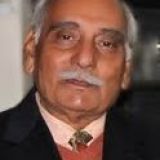 Dr. RAJENDAR SHARMA
Shri Raja Chandra ji. Please advise if it is worthwhile to go for cataract operation of right eye when in eighties with just average health (Hb 12.2). How to combat with the vision problem if operation is not advisable? Please throw light wiyh all sorts of possibilities. more
Oct 01

Durga Prasad (Senior Citizen.)
If I may add a suggestion : Baba Ramdev always suggests that in the morning after brushing we should open our eyelids with fingers of one hand and splash pure water at least 10 to12 times on to the eye balls of each eye. By doing so on a regular basis daily, we can keep cataract away. I feel water has to be soft and pure for this purpose as ground water with heavy salts may cause more problems than the benefits which accrue by following this process. more
Sep 30

Narendra Kumar (Expert - Contact Lens Educator)
Good, useful information, especially as it has always been said that "prevention is better than cure". But, cataract is one such disease that can usually be not avoided. However, gone are the days when one used to wait till the ripening of the cataractous lens inside the eye...cataract can now be cured at any stage when it affects the daily life style of an individual. And, mostly, cataract surgery is now-a-days done with simultaneous replacement of the cloudy eye lens with an artificial intraocular lens (IOL). And, also, till one undergoes cataract surgery, it is advisable to go in for change in glasses, as needed, to maintain the best possible corrected vision so as to avoid undue strain on the eyes. It also needs to be remembered that diabetic patients should undergo periodic eye examination by a retina specialist. more
Sep 30
Post a Comment