How can one say AAP has not delivred

Those who say AAP has not delivered I have the following to put forward.
A party that has come in power and is only two weeks old have mad a good beginning.
1) Free electricity
2) Free Power
3) Doing away VIP culture
4) Help line for sting operation to catch corrupt officials
5) Transfer of corrupt officials
6) Charge sheeting corrupt officials
7) Reducing security
Apart from that the the indirect benefits to AAM Janatha due to AAP effect.
1) Changing the political discourse of the country
2) Forcing BJP not to do horse trading
3) Forcing BJP led Rajasthan and SP led UP to reduce reduce security at least to some extent
4)Forcing BJP CM Rajasthan not to take big bunglaw as official residence
5)Making Bihar CM NK to take action on more than 500 officials for corruption
6)Forcing Maharastra Govt to reduce power tariff
7) Haryana govt giving Rs200/- relief on power tariff

All this is made possible by a party that is just more than one year old and 15 days of power.

However AAP has a party has to evolve. They have to go a long way. They will make mistakes But I am sure they will learn fast.

CHARANJIT SINGH BHASIN
I agree with the views of Mr.H Sivarama Krishnan. Further can add one more point at serial.........
8. Through the latest Dharna by Kejeriwal. The AAP has indirectly highlighted the issue of corruption in Police and raised voice for giving complete State status to Delhi. This is great , no earlier Govt. has ever raised voice against corruption in Police in this manner. AAP please continue...... more
Jan 22 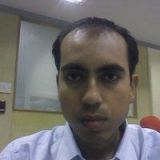 Nitin Sachdeva (Aam Aadmi)
to all those who criticizes AAP....... fr god sake its just abt 19 days in office... why everybody is expecting a miracle.....Pls wait n let them work..PLs dont fall fr those who themselves cudnt provide people of this nation with the basic amenity like water over last 65 yrs n expecting AAP to deliever everything...just abt everything in 10-15 days... more
Jan 18 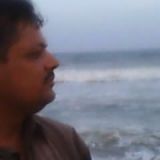 SUDIP CHATTERJEE
sorry for the previous,

the point which i want to share with everyone is the donation part in every school which is too much important part for every mediocre family....

i think for taking the action of the same by Mr. kajerewal is too good and i always soort him for this thank you sir.... more
Jan 17
View 24 more comment(s)
Post a Comment