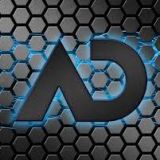 Can weakness of knee, sensitive knee be treated with homeopathy? more
Helpful Orthopaedics, Bone and Joint Care May 04
Viewed by 138
View all 7 comments Below 7 comments

Sanjay Kumar (no)
Doctor sir From which standard shops or area we can get all these reliable medicines , secondly can we take homeopathic medicines on own or need to diagnose physically to doctor more
May 25

Chakresh Jain
more on arthritis;
1. http://www.healthline.com/health-slideshow/herbal-remedies-from-your-garden#1
2. http://www.healthline.com/health/osteoarthritis/herbs-arthritis-pain#Overview1
3. http://www.webmd.com/osteoarthritis/features/alternative-arthritis-treatments
4, TREATMENTS
As one of the most popular holistic systems of medicine, homeopathy is a safe and permanent way of eliminating arthritis. A remedy is chosen based on the theory of individualization and symptom similarity. In this way, a state of complete health can be regained, removing all the signs and symptoms from which a patient is suffering.

CASE STUDY
A 57-year-old woman came to my office complaining of arthritis in her hands and knees. The situation in her left knee was so severe that her doctor had recommended knee replacement. She said her worst fear was not death, but becoming handicapped, because she had no one to help her. Her husband passed away a while ago and she had no kids. The mere idea of being handicapped put her on edge, because she is restless by nature and can’t sit in one place for too long. Her joint pain subsided, too, when she moved around.
At night, her joints became stiff and burned with pain, to the point that they woke her from sleep. She had lower back surgery 20 years before due to some damage to her vertebrae. Her recovery period, during which she couldn’t move, had been unbearable. She also had a very restless mind and had many vivid dreams where she was being chased by someone or was the victim of a grea misfortune. These dreams were so realistic that she often cried in them, only to wake up and see that she had cried in real life as well.
Remedy prescribed: Rhus Tox – 200 C.
First follow-up: When the patient first took the remedy, the burning pains in her joints increased, but subsided a few hours later, allowing her to have a calm and peaceful sleep. Her joints were now more flexible but her knee still hurt, especially at night.
Remedy repeated: Rhus Tox – 1M.
Second follow-up: After taking this remedy, the patient contracted a very severe cold and fever, which lasted for three days. She used to suffer from constant sciatica pain, but now it only bothers her for half the day. Her joint pain had also lessened from 10 to 5 on a scale from 1 to 10.
Remedy prescribed: Waiting.
Third follow-up: The burning pain in her knee had returned, but it didn’t interfere with her peaceful sleep. Her digestion was also better; she used to take probiotics to avoid constipation, but recently decided that she didn’t need it anymore.
Remedy repeated: Rhus Tox – 1M water dose.
Fourth follow-up: All of the patient’s joint and knee pain is gone. She climbs up and down stairs to make sure there are no problems with her joints and knees. During the last four weeks she didn’t have any pain, except for a brief electric pain going through her knee on two or three occasions.

CONCLUSION
According to the 2000 Canadian Community Health Survey (CCHS), arthritis and other rheumatic conditions affected nearly 4 million Canadians aged 15 years and older. That’s approximately one in six people. Two thirds of those with arthritis were women, and nearly three of every five people with arthritis were younger than 65 years of age. By the year 2026, it is estimated that over 6 million Canadians 15 years of age and older will have arthritis.
Homeopathy is one of the most effective ways of treating arthritis. It aims to cure and restore balance to the whole being, resolving the core issues at the heart of the disease. These core issues often stem from mental, emotional, or physiological trauma. By balancing the entire system, homeopathy not only treats the symptoms of arthritis, but also achieves equilibrium within the individual.
Below is a list of acute arthritis remedies, along with a description of the disease they treat. Keep in mind that these remedies may only act as immediate palliatives and will not permanently cure arthritis unless they are a constitutional match for the patient.
• Bryonia Alba – Excellent arthritis remedy for pain with inflammation that is aggravated by movement and relieved by moderate pressure and rest.
• Ledum pal – Remarkable arthritis remedy for gout and ascending rheumatism. Works best by cold application.
• Rhus Tox – For pain aggravated by first movement and damp weather and made better by continuous motion.
• Colchicum – For pain made worse by motion, touch or mental effort, better by warmth and rest. Mostly for gouty pain.
• Kalmia lot – Well known arthritis remedy for descending pain, or pain with heart palpitation and slow pulse.
• Guaiacum – For gouty abscesses of joints, and pain relieved by cold bath and cold application.
• Calcaria Carb – For arthritic swelling and knee pain made worse by cold, especially in fleshy people.
• Benzoic acid – For gouty concretions of joints, and knee pain caused by abnormal deposition of uric acid.
• Hypericum – Remarkable arthritis remedy for rheumatoid arthritis; has outstanding action over nerve pain.

- See more at: http://vitalitymagazine.com/article/homeopathic-remedies-for-arthritis-and-joint-pain/#sthash.jhKPozz1.dpuf more
May 25

Chakresh Jain
Mr. Tejpal, I came across on website address of Dr. Bharti, lucknow you may fill online form and ask your querry
http://drbhartis.com/Osteo-Arthritis.html?gclid=CNup1c6V3MUCFU4ljgodTWMAtg

also ayurvedic treatments found on a website.
Rheumatoid Arthritis:
• Arthritis refers to severe joint pain
• It's an auto-immune disease
• The pain in the joints can make a person immobile
Symptoms to look for:
• Pain and swelling in joints like:
o Fingers
o Legs
o Arms
o Wrists
• This pain is most severe in the morning
Causes:
• Body's tissues are attacked by their own immune system
• Common in people over 40 years of age
Natural home remedy using mustard oil and camphor:
1. Take 1 cup mustard oil
2. Add 10 g camphor
3. Heat the oil till the camphor dissolves completely
4. Massage lukewarm oil on the affected area
This will help improve the blood circulation in the area and will reduce the inflammation and stiffness
Natural home remedy using potato:
1. Take a few unpeeled potato slices
2. Soak in 1 glass cold water overnight
3. Drink this water on an empty stomach, every morning
Natural home remedy using green gram and garlic cloves:
1. Take 3 tbsp green gram
2. Soak in 250 ml water overnight to get sprouted gram
3. Add 2 crushed garlic cloves to the sprouted gram
4. Mix well
5. Consume 2 times a day
You may add salt and pepper for taste
These remedies are based on the principles of Ayurveda, the ancient Indian science of healing, and are completely natural, non-invasive, and can be prepared at home. Consult your doctor if the symptoms persist. Refer to the terms of use. more
May 25 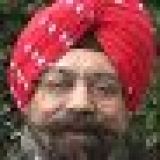 Tejpal Singh Chowdhury (Art of living; Adventure and Water Sports; Aloe vera)
Dear Ajay,
I have Arthritis of the Right Hip Joint. I have shown my Hip Joint to various Doctors. They have recommended a Total Hip Replacement. Right now there is a continuous pain whilst walking, and I am taking different pain Killers for the pain, which is not good. Can Homeopathy cure this problem, without any operation. Do advise.
With Best Wishes,
Brigadier TPS Chowdhury, AVSM (Retd) more
May 24
View 7 more comment(s)
Post a Comment