Has Modi lost his plot? by BBC

This week, his BJP government backed down on its controversial land acquisition bill, which would have made it easier for land to be used for industry and infrastructure projects. It has, more or less, returned to the old law approved by the former Congress party government which actually made it tougher for industry to acquire land from farmers.
This is a big blow to Mr Modi's land plans and is seen by many as the beginning of the end of reform.

In fact, the prime minister has shown little appetite for reform so far: last year his government rolled back a suburban train fare hike after protests from commuters, a move that a once-sympathetic columnist now says was an act of "spineless populism".

Hasty and inept
Presently, parliament is gridlocked with protests by opposition parties, who are demanding the resignations of two prominent BJP leaders - Foreign Minister Sushma Swaraj and Rajasthan Chief Minister Vasundhara Raje - for helping former IPL cricket chief Lalit Modi, who lives in London and is wanted by the Indian authorities over corruption allegations he denies.
With an outright majority in the lower house but lacking one in the upper house, Mr Modi's BJP has fumbled badly in parliament, displaying little strategic acumen and poor political management, as one Indian newspaper remarked.
Key bills, like the goods and services tax, India's single biggest tax reform after independence, are stuck. Rahul Gandhi, leader of a weakened Congress party and apparently short of original ideas, is suddenly looking belligerent and his party resurgent - despite only having 44 MPs.

In a piece full of foreboding, analyst Mihir Sharma accused the prime minister of misusing state machinery to hound critics and target NGOs, adding that Mr Modi was "intelligently putting into place the structures that will change the nature of India's liberal democracy forever".
Clearly, Mr Modi's honeymoon has ended earlier than expected.

The Congress is again resurgent after forcing the BJP on the back foot on the land acquisition bill
Political scientist Ashutosh Varshney believes that Mr Modi's legitimacy has been declining for a while. Despite his useful globetrotting and foreign policy successes, he is seen to have been less successful at home.

The prime minister has often been silent in the face of rabble-rousing by hardline elements in his party.
February's debacle in the Delhi elections, when the BJP was trounced by the anti-corruption AAP, was attributed by many to BJP hubris. Commentators like Swaminathan S Anklesaria Aiyar now say Mr Modi has been "vacillating and unwilling to fight to the finish on any difficult issue", happy "coining slogans rather than in implementing tough decisions".

So can Mr Modi turn the tide?
Political scientist Milan Vaishnav of the Carnegie Endowment for International Peace in Washington says Mr Modi's honeymoon may have ended prematurely in part "because of his government's inability to sell its programme for reform".
"This has two aspects: the first is devising a coherent reform vision in which all government agencies are marching in lockstep. Unfortunately, the government has stumbled on this first step; even within the finance ministry, for instance, there have been a multiplicity of voices on how strongly to break with past policies," he tells me.
"This incoherence has been complicated by a second, related problem: an inability to use the government's megaphone to sell its plan to the masses."

It is still early days for Mr Modi's government. Also, the hand the Congress is playing is limited and its electoral future remains bleak.

Observers say Mr Modi needs to swiftly script a recovery: less arrogance, a better team of ministers and advisers, initiating crucial institutional and regulatory reforms, and learning the arts of political and social bipartisanship could help spur a recovery of sorts. But it won't be easy.

If the BJP wins crucial state elections in Bihar, it will prove that Mr Modi's personal popularity still remains reasonably high. If it loses, it could be a sign that Mr Modi may have squandered the massive mandate that a very hopeful India awarded him last year. more
Helpful Lets discuss Elections Aug 06
Viewed by 1048
View all 22 comments Below 22 comments

Sanjeev Bhatnagar (Adviser - land and traffic related issue.)
I thing present problem of India - it is not new. For 15 years, BJP did not allow Government to function and now Congress. No body bothers about the tax payers money.
What ever the scams - any one has been solved and the lost money recovered. We are not interested - just make SIT, CBI inquiry and law is taking its own course. We the people of India wants - our money back right now, not tomorrow. 2nd - we are assured - no new Scam day after tomorrow. What ever have to be done is their problem. They are paid for the same. New steps taken or not - we are least interested, we want results visible on the road. Same is required in respect of women security, communal riots, road rage. OR BETTER ALL THE OLD GREAT LEADERS CALL THE DAY AND NEW PEOPLE WITH BETTER IDEAS AND ENERGY SHOULD BE GIVEN CHARGE. EVERY THING NEW. CURRENT POLITICAL PARTIES NOT REQUIRED. NEW OUT FITS SHOULD TAKE CHARGE.
My personal - view - only young and energetic leaders can lead the country. We won freedom - when our leaders were young. People can forget - Bhagat Singh, Chadershaker Azad, Lala Lajpat Rai, Neeta Ji Subhas. Tell me their age. OK Tell me the age when Nation Father met his last. Tell me the age of our great soldiers sacrificed their life fighting for India. So great leader has to fight - if you fight, you have to die at an early age. BUT RETURN BACK THE MOTHER LAND - THE GREAT SACRIFICE - FOR YEARS PEOPLE WILL NOT FORGET THEM. more
Aug 12 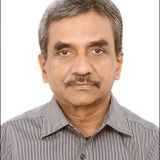 Uma Maheshwar Sharma (Financial & Project Consultant)
we should not lose heart.keep trying and do not give up. we win some and lose some! more
Aug 07

Susheel Paul (Engineer)
Not only this but many an innovative or old ideas which Mr MODI desires to change are not getting through for the following reasons.
1. Some of his own party members are becoming his detractor by their utterances and behaviours,
2.The oldest party of Bhartiye democracy the Congress is acting like a cheap fledgling party of recent times which knows no other ways except to shout,misbehave in the parliament and make a mockery of the sanctum-sanctorum by behaving like gali ke goondey. more
Aug 07

Rajendra Prasad Saxena
Today it is a very proper time to justify our nationality as an Indian citizen. All of us should pressurise Indian Government to march ahead against Pakistan & give free hand to the military in teaching him the appropriate lesson against its terrorist activities.
Rajendra Prasad Saxena, Advocate Supreme Court. Mob. 9810167723, 9540810976 more
Aug 07

Darshan Singh
By the way, has the living/working conditions OR Quality of Life of a 'Honest Citizen' has improved in last 68 years of so-called Independence?
Why we could only Throw-up ...'Thoroughly Uncouth & Corrupt Political Leaders' and have to lump them election after election... Show me ONE Patel/Subhash/Shastri....this is India ...Keep Suffering and die one day...early the better! more
Aug 07
View 22 more comment(s)
Post a Comment