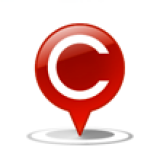 LocalCircles - what started out as a concept a year ago, is now the largest local community network in the city of Delhi/NCR.

Be it finding reliable information fast, seeking assistance from local community members, helping others, coming together to fight corruption or saving many lives through local Blood circles, YOU - the residents of Delhi/NCR have re-defined the meaning of local community.

Holi is the most important festival when it comes to community. This Holi - do bond with your community, enjoy the colors, take pictures and INVITE neighbors/friends still missing in your local circles!

Together, we will make it better!! more 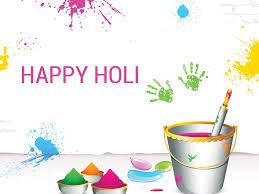 Ajit Datt
I feel we should not shy away from harsh comments as that is our strength. We are free to differ. more
Mar 18

Ashok Kumar (Lawyer Company matters and Corporate Crimes)
Dear Sir Media is precisely on the right track.  If it is wrong, it is wrong my giving space to AAP without any valid and cogent reasons for which competent authority who is regulator for media should punish the offenders who are showing the picture and views of AAP Party.  It seems this party is playing in the hands of foreign countries and this is the reason without substantiating the statement being delivered by Mr. Kerjriwal no action is being taken till day.  As per law, Mr. Kerjriwal should be put behind the bar for violating the laws on number of occasions in the last one year or so.  I am shocked to learn that somone is saying that media is blatantly targetting AAP and its so called self made leaders.  Just see how many are calling them leaders without having the public mandate.  Do they have right as per law to call them leaders or allow others to call them leaders.  They should see themselves before raising fingers upon others and check
their own accusations themselves.

Tilak Gulati (RWA ACTIVIST/MEMBER,ENGINEER)
Facts are known to most people as modi is a par excellence media(image)manager.
Modi is another dictator(hidden tendencies)and none in bjp had the guts to even question him.all were silenced within bjp in Gujarat.leave aside bjp even congress were silenced.
In a state were even IG. Or police commissioners were silenced speaks volumes.all witnesses of godra silently. Dissappeared.

Just keep watching u will see more.some signs within bjp are visible already.advaniji was cornered.murli. Manohar joshi didn't have courage to resist his Varanasi seat.Shushma. swaraj just kept tweeting only resisting bellary brothers induction??
The day is not far when bjp will be modi only and old 50 yr old faithfulness will be sidelined.

Put hand on yr heart and ask yourself that goers massacre was done by modi.u wl get answer is yes.
We all know bellary y brothers,yedurappa. Are all examples/epitomes of corruption.why did bjp/modi renominate them??

Why did not a single women minister incl Sonia Gandhi,sushma swaraj ,meira. Kumar,Sheila did it,jayalalitha,mamta,mayawati not utter a single word during NIRBHAYA rape demonstrations???they cud hv shown unity and resigned enmasse or come down for sympathy.None came.

The drama in parliament to pass the anti rape law by congress,bjp etc can not be forgotten had it not been for kejriwals team.Pl recollect.
Riots in India on caste,religion is known to everyone but tend to ignore why,how??

Bjp and congress had almost got away with passing law of protecting criminals from contesting etc,had it not been for some media help and later bjp hijacking n meeting president.
As Indians we all know that trillions are in Swiss banks and everyone in congress,bjp,jayalalitha, shared pawars,koda ,lalu and every chief minister of states incl ambani have Swiss accounts.
Shivsena, mns throw out Tamils,Kerala,karnataka,up/bihar migrants and break laws with impunity and hv courage to destroy/burn toll plazas but no one questions??Why

We Indians are fools and were ruled by Mughals. For 400 years and British for 200 years.that is our DNA and we don't bother n don't protest.if goons attack some one in yr neighbourhood we turn our head. Other side.

people like kejriwals are born once in 100 years and all political goondas are gangedup against them since he is out to shake their very existence.

Let us realise the true fighter in AK.

Please debate on broader/bigger issues than talking of smaller issues.

Ask a common delhite and he will say 49 days was really a change.politicians fm across spectrum will only paint AK incapable n only say he is this and that.
Fact is Delhi Will still vote for him and that is only possible if AAP. Is genuine.
Pls rethink before it is too late more
Mar 17
View 7 more comment(s)
Post a Comment