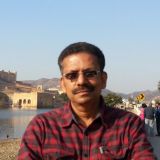 General Principles, while we transform Delhi

The people of Delhi, knowingly or un-knowingly have embarked upon a journey of transforming Delhi. The have taken the first step by putting AAP into power to influence this transformation.
I believe the following general directive principles ought to be adopted by AAP and the people of Delhi in tandem:
0. Put power back into the hands of the people and make them the real rulers of Delhi
1. Re-distribute wealth equitably (This may not be possible fully as it involves Income tax and Excise which is a GOI [Govt. of India] subject)
2. Increase local governance (read Mohalla Sabhas)
3. Embrace honesty, discipline, productivity; in general all good virtues.
4. Take a stand against evil, rudeness, un-civilised behaviour and negativity.
5. Become modern in outlook, learn from younger people and change your bad habits and old-fashioned thinking.
6. Become clean internally, externally, keep your homes and neighbourhood clean and dust-free.
7. Adopt the principle of referendum before making key decisions by using social media.
And so on and so forth.
Anyone wants to add (general principles only) more
Helpful Lets discuss Elections Mar 09
Viewed by 1040
View all 14 comments Below 14 comments

Prof Rama KUMAR.V (Veterinary surgeon, environmentalist,student of behaviour study)
To ensure social justice one has to periodically review implementation of various development programs and welfare projects as part of good governance including the strict adherence to the rule of law and public interest.
(a) that the citizens, men and women equally, have the right to an adequate means to livelihood; [Means to livelihood is not supply of subsidized food or freebees; but opportunity to earn a decent livelihood. Unreasonable price of essentials cannot be controlled, compensated or countered by providing subsidies using public funds]
 (b) that the ownership and control of the material resources of the community are so distributed as best to sub-serve the common good; [common property and natural resources (like minerals, coal & gas)are to be so devised to serve common (public) good without depleting them. This is the essence of ruling of SCI in 1986 & 1996]
 (c) that the operation of the economic system does not result in the concentration of wealth and means of production to the common detriment [Unreasonable profiteering and the so called land acquisitions (often forced usurping of agricultural land or water meant for irrigation) for establishment of real estate or SEZ as part of developments should precisely not be construed to aid concentration of wealth against constitution]
 (d) that there is equal pay for equal work for both men and women [in many states women and children are paid pittance, compared to men and the victims who are in extreme poverty is ignorant of their rights. Many political parties who vouch by the poor do not operate for unorganized sector]
 (e) that the health and strength of workers, men and women, and the tender age of children are not abused and that citizens are not forced by economic necessity to enter avocations unsuited to their age or strength [slums erupting around factories established after acquiring private land including wetland and agriculture land in the name of value addition and job generation does not provide any shelter to the employees; with the result they are forced to settle around the factories where more often the effluents flow; These slums are unhygienic with no proper civic amenities and controlled by musclemen; they more often turn into hotspots of boot legging and mafia groups]
 (f) that children are given opportunities and facilities to develop in a healthy manner and in conditions of freedom and dignity and that childhood and youth are protected against exploitation and against moral and material abandonment [this is precisely what is not happening in most urban estates around which slums and unauthorized dwellings controlled and operated by powerful groups]

Each clause of article 39 of the constitution of India is a direction for welfare. However, as already discussed mere economic development (highlighted through niftys or bullish trends in stock market) does not empower the masses if the welfare projects are perceived in terms of free bees. If popular governments get carried away by public demand for (or passively accept) concessions, subsidies and freebees, it may reduce the survival skill of the citizens and discourage their urge to work for a decent living. more
Mar 22

Prof Rama KUMAR.V (Veterinary surgeon, environmentalist,student of behaviour study)
Delivery of justice must lessen inflation and corruption in a manner that is deterrent to injustice. Justice delivered must be both legal and just and must have palpable impact. Reverting to the spirit of the article 39 we see that both inflation and corruption stand in the way of delivery of justice or right to an adequate means to livelihood (and social security). more
Mar 22

DP KHANDELWAL (Member ex committee B Block Yojana Vihar Wel. Ass.)
Too many wishes under given circumstance are like expecting moon. What APP has promised honesty of purpose to fulfill the maximum with the given resources at their command. This honest pursuit definitely will yield desired results more
Mar 10

Ajay Goyal
1.Get FULL control of the police and other enforcement mechanisms...... if you REALLY want to govern effectively.... Conviction and court ddcisions are insufficient.

2.Use aam aadmi juries to pass swift and effective decisions against corrupt officials and politicians with powers to SUSPEN D IMMEDIATELY and also decisively take judicual decisions under the "guidancs only" of judges, etc..

- Requiring all future growth of power generation for Dilli is met by solar enegy generated BY, FOR AND OF DILLWALLAS IN DILLI. Polluting penalties on all polluters (cars, trucks, auto's, industry, power plants, industrial and other products, etc...), banks, financial institues in Delhi will support this.
- Supporting and encouraging ALL DILLWALLAS to grow fruits and vegetables on private land, roofs, community gardens etc.... and recyle water and other products as much as posdibke. more
Mar 10
View 14 more comment(s)
Post a Comment