For a Change - ET Sunday

Twenty-eight-year-old Mohammed Rashid can be easily identified as a Muslim due to his long flowing beard sans a moustache. On polling day in Delhi, he wore a white cap as well but it was not the traditional crochet cap that he normally wears. The cap that he wore on Thursday was distributed by the Aam Aadmi Party (AAP) in Chandni Chowk constituency.

Although the insignia of the broom and party slogans were missing from the cap on account of restrictions imposed by the Election Commission, it was apparent that Arvind Kejriwal's newborn party had made a huge impact among Muslims in Delhi as hundreds of people, especially youngsters, were seen sporting plain white caps and campaigning for the party.

"The larger parties have been using religion to divide people for a long time. There should be no place for religion in politics and politicians have been playing with our religious sentiments for too long. This has to change and that is why I am voting for AAP," says Rashid who works at a footwear store in Ballimaran. Seventy - year - old Mumtaz Hussain says he respects Arvind Kejriwal because he dared challenge BJP's prime ministerial candidate Narendra Modi.

"Lalu Prasad or Mulayam Singh did not dare fight Modi. Arvind Kejriwal is a man. He has courage," says Hussain even as someone in the crowd shouts out that Muslims were "yet to forgive BJP for Babri, then how can we forgive Modi for the Gujarat riots". It is a trend that has caught the attention of observers in several Muslim-dominated constituencies across India: AAP has indeed managed to win the confidence of a huge number of people within the community.

The Congress has lost a lot of votes in the area to AAP on account of perceived non-performance as well. Amir Ahmed, who owns an optical store, pointed towards a girls' senior secondary school that was yet to be re-opened after it was closed down on account of repairs in the early '80s. "Kapil Sibal had promised during the 2009 campaign that he would get the school reopened within six months. After five years, although some work has been done, they still have not started teaching here," he said.

Yes, We Can Change

Elsewhere it was Modi's larger-than-life presence in the capital more than anything else that won votes in favour of BJP. Twenty-five-year-old Geetanjali Sharma, who works at a call centre, says that she voted for Modi because he appears to be experienced when compared with the other contenders. "He looks like a prime minister and he also speaks up unlike Manmohan Singh," says Sharma, as her mother and sister nod in agreement.


AAP scores with Muslims in Delhi; Modi's larger-than-life presence wins votes for BJP Thirty-six-year-old Nitin Rastogi also said that he had voted for Modi. "It's a vote for Modi more than BJP because I believe in Modi. He is motivated and will take all religions to cover gether. He has been labelled anti-Muslim; he is not," says Rastogi. Asked about his views on the Gujarat riots, Rastogi said it has been a long time since then and that it would be difficult to analyze it now. Meenakshi Sharma, 30, works for an IT company and cast her vote in the New Delhi constituency. According to Sharma, she had voted for AAP during the assembly elections.


However, when it came to the Lok Sabha polls she believes Modi would make a better prime minister. However, younger sister Geetanjali Panwar is a staunch AAP supporter. Geetanjali, who voted for the first time during the Assembly elections, says that she liked the party because it was more in tune with aspirations of the young generation. The 2014 Lok Sabha elections is about change in every possible manner. Congress suffers from deep-rooted anti-incumbency but that does not explain the phenomenon holistically. It appears that a huge chunk of people in India want to change the prevalent political culture.

Beyond Mandir and Masjid

In a country that was known for politics of mandir and masjid, people from across communities are talking about the need to separate religion from politics and governance. This could also explain why BJP is not playing up the Ram temple this time around. It is evident that modernity as represented by youngsters is also in conflict with established loyalties as represented by the older generation. Moving around constituencies in Delhi, it becomes clear that the voter psyche in the capital is about creating something new rather than holding on to positions. This also explains how the Modi phenomenon, which has been packaged as a panacea for the lack of development in the country, has worked with voters.

Rajiv Kumar Sharma, who works with the Russian embassy, came to vote with his wife Madhulika and children Daksh (3) and daughter Roma (7). Rajiv and Madhulika said they decided to vote for AAP after being forced to apply to a dozen nursery schools for the admission of their son.

"The procedures adopted by many of these schools do not seem to be proper." AAP had announced a helpline number for parents facing distress on account of school admissions.

Jeevesh Shukla and his friends Akshay and Ashish are first-time voters. The three friends voted for AAP because they believe that the party offers "a new wave of thought". According to Shukla, he was impressed with the work done by Arvind Kejriwal on the anti-corruption front.

"Our main attraction for AAP is that they are serious about fighting corruption. There are too many scamsters in politics but Arvind Kejriwal is clean," says Shukla.

In Greater Kailash, many voters seemed to be in favour of Modi. Anshu Tandon, who had come to vote with his family, said his entire family had decided to vote for BJP. "The country needs a strong government and economic stability more than anything else and Narendra Modi will be able to give a stable government," he says. However, Aman Kapoor, a businessman, and his wife said they had voted for the Congress on account of Ajay Maken. "We have voted for Maken because he is a good candidate and he has worked a lot," he says.

AAP appears to have found a connection with voters in slums as well. In Dakshinpuri in south Delhi, for instance, several voters that ET Magazine spoke to said they had voted for AAP. Meena and Ayesha are neighbours and both said they had voted for AAP. "They had done a lot for the poor when they were in power. Water and power bills were slashed and they really want to improve these neighbourhoods that do not have any facilities today.

I think they should be given a chance," says Meena, a homemaker. Ayesha says she trusts the credentials of Kejriwal and is convinced that he will change things for the better. Anshuman Agarwal, a 23-year-old company secretary, said he was fed up with traditional political parties and was sure that AAP was the only way out. "I voted for AAP for two reasons. Firstly, we need to give a chance to a new person.

Secondly, as long as there is a force such as AAP, other parties would be scared of hijacking the system," he says. According to Agarwal, since the last assembly elections, voters have become more aware than ever before. His father Rakesh Agarwal and mother Madhu also voted for AAP. "The other parties bullied Kejriwal the last time otherwise he could have done a lot more." Rakesh Agarwal said that it was apparent that corruption had come down during the reign of AAP. "Bribe-takers were scared when Kejriwal was the chief minister and that is why I have voted for him," he adds. more
Helpful Lets discuss Elections Apr 13
Viewed by 781
View all 6 comments Below 6 comments

CA,PANCHANAN SAW
I was founder member of AAP, BUT AFTER WE WIN IN DELHI , ALL TOP LEADER OF AAP NOT UNDERSTAND SUPPORT OF CONG PARTY AND FORM DELHI GOVT WITH CONG SUPPORT , AS PER MY UNDERSTANDING THIS IS BIG MISTAKE AND SECOND THING ALL TOP LEADERS GIVEN TICKET TO THOSE PERSON PERSONS HAVING GOOD MONEY WHETHER THEN HAVE GOOD CHARECTOR OR NOT , WHILE WE ALREADY WIN MORE THEN EXPECTED SEAT IN DELHI ELECTION WITH ONLY CANDIDATE HAVING GOOD CHARECTOR WHETHER THEY HAVE MONEY OR NOT,ALSO THAT TIME WE GOT SUPPORT FROM (INDIAN ORIGIN ) PERSON LEAVING FOREIGN COUNTRY BUT AFTER FORM GOVT IN DELHI THEY UNDERSTAND AAP ALSO BROTHER OF CONG PARTY, SO IF WE ARE NOT THINK THESE MATER THEN WE WILL NOT ABLE TO GROW AS GOOD PART , AND MP RESULT WILL TELL ACTUAL STORY OF AAP SUCCESS.
PANCHANAN SAW more
Apr 14 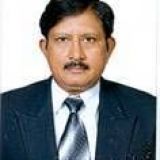 Mohammad Ishteyaque
I had myself taken rounds of East Delhi, North West Delhi and Chandni Chowk
constituencies, reckoning specially Muslim literate electorates. The
sympathy for AAP was immense and they were very much compassionate for
Kejriwal when he was attacked by illiterate and poor persons paid by the
adversaries and rumoured in Media otherwise. They were suggesting AAP to
start their own T.V channels and issue names of unscrupulous T.V
channels to the sympathizers to avoid them . The poorest of the poor, the
poor, LIG people, a great many silent ones among the MIG people already
pronounced as Modi supporters, bigger religious minorities like Muslims and
Sikhs are solidly and enthusiastically backing AAP soliciting a ray of hope
and equity in it for them snubbing opportunist Imams and Babas. Insha Allah
AAP shall bring in again a gospel for the right thinking citizens. 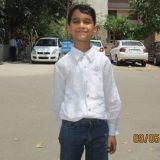 Suraiya Jabin
Actually its Muslims, who have been trusting and voting congress for very long time...and now we are fed up...we want to be treated as normal people...and if something will benefit a common man...will certainly benefit us ! Thats why you see many young muslims coming in large number to vote for AAP this time ! Hindus are yet to succumb and then will eventually will try to come out from Modi effect....but that will send us 5-10 years back again ! why we just cant learn from others' mistakes ! more
Apr 14
View 6 more comment(s)
Post a Comment