The recent episode of Mr. Kejriwal who has been dumped into the jail for his comments on Gadkari is the evidence that Modi Government has come; and whoever destroys the prestige and image of Government or his Ministers will face action of highest value even the allegations are correct. This is the democratic Hitlarshee, Media, Police and Administration everybody is in the web of saffron party and speaks the language which is suitable and good taste of Government. Media termed it as a drama of Kejriwal what a shame. Kejriwal is not a criminal or he has not sent to jail for criminal conspiracy like Murderer Amit Shah. The same was the apprehension of Author before election and the present situation of Guj where nobody dared to bring the fact and misdeed of Government in front of public, and if anybody does he has to face action of highest value. Recently criminal, murderer, communal Amit Shah has been given clean chit from CBI for his role in the killing of innocent Ishrat Jahan. Everybody knows the character of Amit Shah which is still disputed, if the culprits like Amit Shah are innocent according to CBI then the investigating agencies are the parrot in cage of BJP henceforth upto five years. Now all the terrorists, criminals, corrupt should have enjoyed and celebrate the party saying “Acchhee Din Aa Gaye” let good days have come.

Mr. Modi in his political rallies and TV debates projected himself as the impartial person and would not hesitate to punish his own party men if found guilty of any crime or even if any allegations come in his knowledge, but why Modi is unable to take action on the comment of BJP who as a party alleged on Kejriwal that he is Pakistani agent without any proof, no action on Subramaniyam Swami for his allegation that AAP is getting fund from Pakistan just throw the Brahma Astra & polarized the Hindu votes. Mr. Modi will be the new Prime Minister of India, how he will prove himself as the good and impartial administrator of the country in such a way.

BJP’s slogan was before election “Acchhee Din Ane Wale Hain” the good days are coming, but I think everybody is stripped in single bathroom. If the equation of BJP is almost same as congress, then what is the difference between Congress and BJP. As in my several articles I expressed my displeasure that Congress and BJP are the two face of single coin.

It is only the sanghi people and BJP who instigated the Indian public against PAK and inserted venom to get the votes, because if in any matter PAK people have come that matter become important for Indians. Now when BJP have come in power where all the allegations and hate against PAK have gone, do the scholars think that soar language of Modi and BJP has become sweet when they have come in power? If the same was the equation of previous Governments just to diffuse the dispute between the two countries then what was the wrong.

BJP political slogan “Acchhee Din Ane Wale hain” was the slogan for its party men, terrorists, criminals and corrupt like Amit Shah, slowly every criminal will come out clean from Judiciary or investigating agencies, acchhee din aa gay. Good days have come for the criminals, terrorists but not for the common public. Those who have voted for BJP will repent for their mistake.

Zuber Ahmed Khan
Journalist. more
Helpful Together Against Corruption May 24
Viewed by 149
View all 10 comments Below 10 comments

Sumendra Jain (Civil engineer, IIT Powai, mumbai )
Anand Mishra has logically argued.... and should be accepted by the high court. Bhushan AK's lawyer should argue on this logic. YY and Ashutosh should call the media and place these arguments. more
May 26

K V R K VISWESWARA RAO
Purushottam ji,In Delhi during Cong regime so many bills tabled without the permission of LG & center. It is not a constitution, any bill to be approved before tabling.Just it was an order given by NDA govt.at center to control CONG govt at Delhi. After tabling also the bill can be sent to LG and center. I will bring you the case regarding the police under state govt.(Delhi).Every party including BJP wants the police dept.to be under Delhi Govt.but not under center.this bill was pending from a very long time in the parliament.The same case with women's reservation bill.this is also pending very long time.If the JANLOKPAL bill sent to center or LG it may take so many years may be not even permitted to be tabled in Delhi assembly as in case of above bills. that's why it was not sent to LG or center.After discussions in assembly after that they taught to send to LG.which can also be done.what is wrong in it.That is an option given in the constitution.Just it was political game played by CONG & BJP to avoid LOKPAL BILL. Regarding bail issue it is depends on individual and his moral values.In earlier cases also(the same type of defamatory) he has not taken the bond.We have to support the man with moral values . So many people are in jails who are under trails and are unable to pay the bonds.Even some of the prominent supreme court judges like krishnayer etc are opposed the same .if a man agrees to attend the court proceedings without fail why bail should be required. why it was not required in other cases. These are all political victimization which will be increased in future also. we should be prepared for it. these are the facts. more
May 26 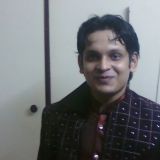 Anand Mishra
Arvind Kejriwal is not wrong. The argument which Gadkari & the court is giving is absolutely wrong. The court is saying that he should sign a bail bond but y shud he sign a bail bond.. What's wrong in calling corrupt; a corrupt. The court says that he is not proved guilty yet. A parallel can be drawn to this argument. Suppose a woman gets raped then should she wait to call her rapist; a rapist, till the court convicts him. The judiciary is so slow in giving justice ( even if we r to assume that it gives). It may take 5-10 years for the rapist to get convicted by the court. Should the woman wait for the judgement day before calling her rapist a rapist. & if she calls him a rapist b4 dat then (by this courtâs argument) the rapist can file a defamation case on her & ask her to apologize to him or give a bail-bond. Donât you think this will be even more humiliating to the woman? Letâs take another example. Ajmal Kasab attacked Mumbai in 2008. Mumbai high court convicted him in May 2010,18 months later as a terrorist. Does it means ( going by Gadkariâs argument ) that nobody in this country can call Kasab a terrorist before May 2010. And if anybody called him a terrorist before 2010 then Kasab could have filed a defamation case & ask for apology or bail bond (going by Gadkariâs argument ) . Some people say that Arvind is doing drama to be in media. Even if are to assume that it is true ( which is not in the first place. Heâs man of principles & doesnât compromises on that ); but even if we assume that he is a dramatist, still a dramatist is after all not a criminal ( like Gadkari). A dramatist is far better than any corrupt politician. & nobody sees Gadkariâs drama, rather ugliness. Heâs corrupt ( even BJP had fired him for his corrupt activities ) & top of that if you call him a corrupt then he will drag you to the court & ask for apology or bail-bond. This in a subtle way, is a way to psychologically pressurize not just Arvind Kejriwal but any1 who raises his voice against corrupt people. Letâs see whether people of this country manage to see this ?. more
May 25 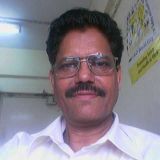 PURUSHOTTAM TELRANDHE
MR K V R R VISWESWARA RAO ,I am not hiding any fact,but very strongly feel that SHRI KEJARIWLJI does not want to follow laws,he kept lokpal bill in assembly without approval of LG knowing fully very well that it is required as Delhi is centrally administered state,now he has not given bail bond and went in the jail.THESE ARE THE FACTS.Both instances shows that he does not follow laws,but still AAP support him. There seems that there is nobody in AAP who can tell SHRI KEJRIWAL THAT HE IS WRONG. You may fill that I am a BJP man but for your kind information I am in no party and I have send mail to AAP to become member ,as I liked their way in the beginning . I am also strong supporter of anti corruption movement,but now AAP lost the direction ,and nobody is there in AAP who can bring it back to track. more
May 24
View 10 more comment(s)
Post a Comment