Governor of Maharashtra & Haryana should also be ready to face the same situation as it is in Delhi vidhansabha. No clear mandate is going to happen again in these two states also. more
Helpful Lets discuss Elections Oct 09
Viewed by 676

Prof Rama KUMAR.V (Veterinary surgeon, environmentalist,student of behaviour study)
6. Committees are not to be used to delay (or virtually deny) decisions or defer division within a party, group or community. Though good qualities of a leader include confidence, competence, communication skill and capacity for decision making, the last mentioned quality is critical. Many a time responsibilities of decision making are off loaded on committees to evade responsibility or to avoid division within group.
7. Delivery of justice must lessen inflation and corruption in a palpable manner. Reverting to the spirit of the article 39 we see that both inflation and corruption stand in the way of delivery of justice or right to an adequate means to livelihood.
8. Media must be supported for monitoring and not for mongering. Media does and rightfully deserves to get support to save democratic govts. from going astray, they have a solemn duty to refrain from panic mongering or anything that may arouse negative public sentiments. Use and popularity of FM radio and it immense possibilities through multimedia have made communication relevant to various regions and localities available and cheap. FM radios have reached almost every corner of India
9. Commissions (planning, finance, law, information, judical etc.) must not be allowed to become power shops (or pinjrapoles) without action. One has to rehearse the working through a work break down study (WBS) and follow Program Evaluation and Review Technic (PERT) to ensure that commission serve their purpose and that sufficient staff is made available in time.
10. FDI: Foreign direct investment (FDI) is gaining importance in global economic growth, especially among developing & emerging market countries. But International Monetary Fund defines FDI as an individual or business owning 10% or more of a foreign company's capital. But we can see how variously FDI is interpreted in the media and polity. more
Oct 11

Sanjay Gupta
Bharadwaj Ji
Situation in these two states may be different as there are no political untouchables and alliances will come easily, with a price tag of course. more
Oct 09

Anil Budhiraja
Ram Sharan ji , May be the regular AAP baiter , Ms Vandana Sharma will get worried with your this observation and may want to respond ! She is very 'worried' that Delhi Elections will cost the exchequer Rs 1000 crore !! more
Oct 09 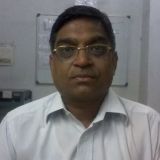 SUNIL MITTAL ( Executive Committee Member of RWA & AAP VOLUNTEER)
I think Government in Haryana will not be formed without support of INLD, non of BJP and Cong. will get 40+ seats. Thanks more
Oct 09
Post a Comment