All those who were not very keen in political drama, felt that APP, when form will do something. But first formation of Government at Delhi, way of functioning, selection of ministers, Cheating poor people by giving tax payers money as water bill relief that too only for 3 months, bill amount is one but for those who were not getting or getting impure water, did not gets any; ruling on electric bills (only for some), presentation of JANLOKPAL bill (Nobody knows what the bill contents); selection of LS Members and charges against all without any supporting documents etc. Etc Make the AK + 4 others and APP as party, became only a problem creating party without any solution.
We are not going to people to educate, but all those who are supporting through this local circle, may think again, what kind of contribution they are making for the society and India.
We are basically not a group who support Congress, BJP or APP. We all want the something good (atleast better than what current government is doing) will happen so as image of India improves. I am sure most of us may write / criticize even next government for all miss deeds they will do. But under the present atmosphere, a hope is seen that NAMO may do something.
We also know that to do something, a stable government is required. We also know that BJP will not be able to select all its candidates who are having good public image. For example, let Mr Arun Jetily comes out of BCCI, is it possible for him? We know Sports/ BCCI is a big source of corruption. We can take this kind of issues after the election. Under present situation, a five year term to Mr Modi with 272 MP support may not be a very big risk even he may not be able to change the current image. But He is the only hope.
All are requested to support Mr Modi and strengthen his thoughts by electing 272 MPs of BJP. It may be a risk, One has to take it. more
Helpful Lets discuss Elections Mar 08
Viewed by 39
View all 7 comments Below 7 comments

CA PRADEEP AGARWAL
I agree fully with Groverji, but as far as forum is concerned I have bad experiences regarding the same. more
Mar 10 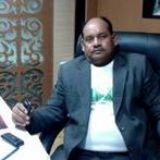 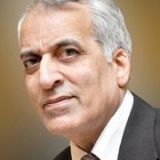 Ashok Grover (Human Resources Expert, Professional & Executive Leadership Coach )
As a neutral person, I fully agree. A few months ago, I would have joined a group "Kejriwal for CM" since I was quite impressed with him and many a times defended him during arguments; but was highly disappointed the way things went.

For the first time, I went political on my blog (http://ashokgrover.blogspot.in/2014/03/i-am-right-does-not-mean-that-everybody.html) and have posed a question. I will request people to go through that and HELP me understand AAP.

I will not refrain from criticizing anyone including Modi, if I don't agree with him. Let us keep this forum for serious discussion and not indulge into abusing and mud slinging. This is what I find on most of the discussion forms. more
Mar 08

CA PRADEEP AGARWAL
I also agree with Mr Chauhan, the present dispensation has dug in so deep that uprooting the evils can be very gruesome and unless Narendra Modi rules/acts very 2 differently, because as said that Mr Modi wants 5 years, but, I feel to stop and clear the rot it will take at least 10years, certainly he will do something for the country. more
Mar 08
View 7 more comment(s)
Post a Comment