Do you know who I am?

Good article from Capt Gopinath (AAP Member). Eliteness has to go away from the politicians whether its show man Vijay Mallaya or Saifai festival organizer Mulayam Singh Yadav.

There's a well-known story of a passenger in queue for South West Airlines, the world's largest low-cost airline. He pushes his way to the front and when the woman at the counter says she cannot serve him because he jumped the line, he bellows, menacingly, "Do you know who I am? "The airline attendant, unruffled, calls out to the other passengers, "Does anybody know who this gentleman is? He says he doesn't know who he is. "

This urge to throw one's weight around and drop names, to seek special privileges, then flaunt those privileges to show others how ordinary they are, to jump red lights in red - beaconed cars -all this has been standard practice in India for too long.

Not just MPs, but judges, famous Supreme Court lawyers, media honchos, celebrity God-men who preach spirituality and simplicity are guilty of strutting in VIP mode at airports, greatly inconveniencing other passengers. Even I am guilty of it. And I've seen airline CEOs doing the same, ignoring the rights of the passengers who are their customers.

But I think what is raising everyone's hackles is the attempt to give legitimacy to this shameful culture by issue of a government directive through the aviation regulator. Issuing a notification ordering airlines and airports to treat MPs with special privileges and perks is inherently flawed and illegal, but what surprises every one is the insensitivity and a special kind of disconnect with the mood of the nation and reality.

The Supreme Court has been coming down hard on the special treatment politicians have been pampered with for years. And the rising anger of the population against the arrogance of elected representatives was made clear in the Delhi election.

Civil Aviation Minister Ajit Singh has said private airlines will not be asked to bestow new favours upon MPs. But the fact that MPs themselves want more of the Maharajah treatment- this is the worrying evidence of too little being learnt from AAP. more
Helpful Lets discuss Elections Feb 03
Viewed by 770
View all 7 comments Below 7 comments

Gp Capt Deepak VERMA
Totally agree with comments of Ms Vinita Agrawal. The reason given for these orders of DGCA ie "the flight delay resulted in the MP missing his next connecting flight" are "Stupid" and evoke amusement too. Havent many of us air travelers faced such situations ? But it only hurt when an MP was affected. more
Feb 04 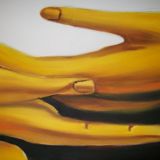 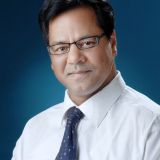 Sanjeev Ranjan (Enabler ,Janadhaar Lok Seva)
I am just kind of guessing why people hanker after power if all they are set to get is the equality or the notion of it. If you have it,show it.flaunt it..power corrupts(Lord Acton)..may be at a deeper level people who have had neglect,and deprivation through their lives tend to seek influence,power etc..That the motive could also be truly altruistic and pro-serving people has been a recent phenomenon which is yet to catch on..but Vinita..your assertion is quite perceptive..spot on there! more
Feb 03

Sourabh Bansal
very well said Vinita!! This ego maniac politician should learn that those days are gone now. They have to treat everyone on equal basis and act like a normal human being. more
Feb 03

Harpal Singh Ubi
I am most sufferer of Kingfisher Airline Shareholding. It would be much better if this company disciplined much earlier for sake of investors interest who placed their hard earned money there. Well said "Serviving is difficult than killing". If possible, please revive this company. more
Feb 03
View 7 more comment(s)
Post a Comment