Do the politics has now gone so cheap to make a respectable Indian to feel shame?

It is now quite evident the derailing coalition of political parties to derail the process of making corrupt free system in India. The faces of corrupt politicians now unearthed. I think public dont need any more evidences to identify faces of those corrupt politicians. The behavior of politicians in Lok Sabha as well as Delhi Vidhan Sabha is shocking and shameful for any respectable citizen and there is now a strong need to have insight of having such a cheap politics in the country. more
Helpful Together Against Corruption Feb 15
Viewed by 129
View all 6 comments Below 6 comments 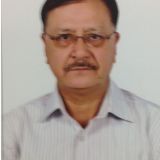 HARISH TUTEJA
We must give a chance to Modi.At least we can be sure that he will not run away. more
Feb 16

DR SHASHI DHINGRA
MODI is the ONLY solution now. Congress is a gone case and AAP hs shown its true colors vry soon...policies may be good bt they hv no capable leadership...a bunch of clowns running here and there more
Feb 16

Ramesh Suri
I was always for AAP and expected an IITian to do a good job of governance. I am one of the breed. But I am really disheartened with their behaviors and short shortsightedness.
And as the world says, opportunities knock but some times, and we should make the most of the same, this opportunity given to them has been wasted and it has left a lot of pain in the knowledgeable supporters.
Two very adorable opportunities during these 49 days were of providing shelters to the homeless properly and such that they live a happy life during these winters. It was lost, even though some efforts were made, but they were not enough. Peole still died. What is important is that efforts should be made in right ernest and followed up to ensure perfection of implementation. This was lackiing.
And the second most important one was the help line numbers for corrupt offenses. Just nothing happened after the numbers were circulated. Instead of going about having dharnas for getting police under them and protect Bharti, they should have made that happen. This would have solved the main problem they say they have come to solve. But they left it of.
I am disappointed as a re so many of my friends.
The auto rickshaw wallas, khirki gaon wallas and other casual labour, I am not aware. Maybe it would be a good cause to go and see what they feel.
I would say, LG's dictat on school admissions was a good step for the common man. Let us not loose sight of that as the donation was a major corruption for the common man!!!! more
Feb 16

DR SHASHI DHINGRA
Whatever U hv said is true for AAP..they hv themselves derailed the Govt no other party is responsible for this. Kejriwal ji PL learn to hv PATIENCE.Yes ppl hv now seen the true face of AAP more
Feb 15

HARISH TUTEJA
It is the arrogance of AAP members which is responsible for the fall of Delhi govt and crusade against corruption not being taken to a satisfactory level. more
Feb 15
View 6 more comment(s)
Post a Comment