Nothing can explain the predicament of the Aam Aadmi Party better than this couplet. AAP is a two-year-old party, struggling to carve a niche for itself amongst the sharks of politics. Normally, underdogs are favourites in any battle; they get the benefit of doubt and sympathy, but it's different with AAP. Even a minor aberration becomes big news; rumour mongers have a field day; and political pundits starts predicting the fall of a party that has roused hope among voters.

Recently, my friend Rajesh Garg, who was elected as a Delhi legislator, has advocated the non-dissolution of the Delhi Assembly on his Facebook page. He has said that AAP should not hesitate to sit in the opposition if the BJP were to form the government in the capital. A few days ago, two senior members of the party from Maharashtra Anjali Damania and Preeti Menon Sharma - announced their resignations from their respective posts. The Delhi air was even then abuzz with the sadistic speculations that a division in AAP was on the cards. Friends in the media did not even bother to check that Garg had been saying the same thing since the day Arvind Kejriwal resigned as Chief Minister, and that Ms Damania and Ms Preeti in their letters had requested the media not to speculate about their motives as they have full faith in AAP, its ideology and leadership. The fact is that they resigned because they say their children are growing up and need full-time attention.

Every difference of opinion within AAP is certified as a revolt against the party leadership, especially Arvind. Be it an interview given by Kumar Vishwas to an English news-channels or a long letter written by Yogendra Yadav. On both occasions, the rumour mill was confident that both these senior members were about to leave party as they could not tolerate Arvind's "dictatorship". Both of them are still active in the party and helping to strategise how to win elections as and when they happen.

As a student of political history, I can say with confidence that every difference of opinion does not necessarily lead to revolt and crisis. During the freedom struggle, there were many streams of thoughts. All ideas and ideologies coexisted and intellectually enriched the great freedom movement with their vitality. If there were non-violent Gandhians, there was also a long list of supporters of Subhash Chandra Bose who believed in a violent overthrow. If there were Hindutva forces led by Vallabh Bhai Patel, rightists by C. Rajagopalachary, then there were socialists and JP was their natural leader. There were radical communists and also Ambedkarites. Bapu was the balancer among them. Except the English, no one was under the illusion that difference of opinions was a weakness and that the Congress would crack into many pieces.

After independence, Nehru's cabinet had stalwarts like the Left-oriented Rafi Ahmed Kidwai, Hindutwadi Shyama Prasad Mukherji. There was Murarji Desai who used to openly advocate a free-market economy. Nehru had serious differences with the then Home Minister Vallabh Bhai Patel and later with President Rajendra Prasad.

Even as recent as 13 September 2013, when Narendra Modi was made the prime ministerial candidate of BJP, the party's tallest leader and father figure L. K. Advani wrote a nasty letter to then party president Rajnath Singh and declared that the party was no longer following the path shown by D. D. Upadhyaya and Atal Bihari Vajpayee, but was promoting the personal agenda of a few. It was termed the sharpest attack on Modi but even then nobody dared to call this a division in the party or say that the party would collapse.

In this context, it is pertinent to ask any voice of dissent should be construed as a revolt against Arvind Kejriwal followed by serious discussions to prove that the party will disintegrate sooner rather than later. I can see a few reasons. Firstly, AAP has created more enemies than friends because it has challenged the basic foundations of a deeply entrenched corrupt system called 'the establishment'. Any attempt to change this will invite sharp reactions from those who are directly obliged by the system. These elements are very powerful and they will go to any extent to preserve this system.

Secondly, the establishment has its own logic and resources. Propaganda is their main weapon. In the present situation, propaganda is more powerful than arms. Those who run this propaganda mill have their own vested interest to protect the system, promote innuendoes, conjectures and half-truths as the real truth in their endeavour to destroy their enemy.

Thirdly, any new initiative will have to go through a rigorous process of scrutiny to attain legitimacy and new heights. AAP is a toddler in the field of politics. And the new kid on the block will have to face the hostility of an entire class before admitted as one amongst them.

There is no denying the fact that AAP has set new bench marks, new moral standards for clean politics. There will be initial stumbling blocks. But as the idea gains currency, the ridicule by adversaries will turn into respect. It will not happen overnight. more
Helpful Lets discuss Elections Oct 10
Viewed by 708
View all 14 comments Below 14 comments

Rajesh Kumar has left you a message on WAYN.

Accept invitation from Rajesh Kumar before it's gone!

Rajesh Kumar added you as a friend and is still waiting to hear from you.

Rajesh Kumar has left you a message on WAYN. 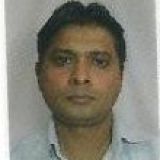 ANOOP THAKUR
Our country definitely needs an alternative political entity, detached from family dominated political parties or parties having religious,regional,economic chauvinist agendas. AAP can certainly be a political entity that can accommodate all sorts of opinions ,views criticisms for the common good of aam admi. more
Oct 12
View 14 more comment(s)
Post a Comment