Despite a good show at Jantar Mantar, AAP's comeback is a failure

Although the Aam Aadmi Party managed to organise a sizeable crowd at the Jantar Mantar on Sunday in its renewed campaign to capture Delhi, its bad days seem to be far from over — the national media chose to ignore Kejriwal and the rally, and auto rickshaw drivers, a key constituency of the party’s Delhi brigade appeared far less enthusiastic.

The biggest minus for Kejriwal is that what the party has just begun is a redux because it had recklessly squandered all the goodwill the people had offered them earlier. Without much effort, through a spontaneous string of events that included public meetings and protests, Kejriwal could mobilise an unprecedented number of people in Delhi. The mobilisation ended up in the party garnering the second largest number of seats in the Delhi assembly and even landed in power.

However the fairy tale romance with public uprising followed by rule withered away in no time when Kejriwal and his associates grappled with what appeared to be a total lack of strategy. The party further weakened itself by scaling up without enough public support (outside Delhi) and resources and turned out to be a damb squib in the parliament elections. In most of the party infrastructure that it had set up outside its strongholds in Delhi and elsewhere in north India, people have dropped out.

That was the end of the first phase of AAP. It, in fact, stood at almost where it began more than a year ago.
The redux now is an attempt to revive the cycle of events that brought the party to prominence and power. And it is no mean task because certain parts of these cycles are impossible to recreate. The most important among them are the Anna Hazare movement and the media’s enormous interest in Arvind Kejriwal and his promise of an Indian spring.

Unarguably, Kejriwal was catapulted into national prominence by Anna’s movement. When Anna’s theatrics was a little too much, people shifted their allegiance to Kejriwal because he promised theatrics with results. No political party in India could have been kick started with such a short start up time.

Where will Kejriwal look for such a catalyst now? He has to create all this by himself. And the media interest? Almost impossible till he reaches a critical stage wherein he betters himself than last time in public performance. Will the people be with him? Doubtful, until it happens.

Without these two ingredients, what lies ahead of Kejriwal is a long and arduous path. For reviving the string of protests, he needs an agenda. At the moment, his agenda is fresh elections for Delhi. Compared to the power and water agenda that had considerable scope for public attention, it is too broad and too non-specific. Will he able to pick on a few issues and raise the public interest? It’s a tough call indeed. He will struggle to revive the social ferment that is essential for his party’s revival. He, in fact, runs the risk of sounding like a broken record.

To make matters worst, he seems to have lost some of his constituencies. Firstpost reported on Sunday that the auto rickshaw drivers are not as keen as they had been last time."What's the point? We supported Arvind Kejriwal and ensured Aam Aadmi Party's (AAP) victory. But, instead of continuing as CM, he quit to be a part of the race for prime ministership, leaving us in the lurch,” said an auto driver in a Firstpost report. Apparently, the attendance of a meeting of auto rickshaw drivers convened by Kejriwal on 28 July was considerably below expectations.

It’s not just the auto-drivers, but also the common people. “There is no specific agenda for development, no vision towards implementation," Rakesh Agarwal, secretary of Nyaybhoomi, an NGO working with autowallahs and social issues, told the Firstpost correspondent.
The scatter-brained approach of the party is too apparent to be ignored. It’s as strong as the party’s otherwise impressive credentials. A revival, therefore, appears to be an enormous task.
What will also work against the AAP is the success of the BJP in the Lok Sabha elections. The results of an earlier survey which revealed that one-third of the party supporters in Delhi did not mind supporting Narendra Modi is likely to hurt the party. If in the next few months the BJP puts up a decent show at the Centre and the AAP doesn’t have enough ammunition for its planned protests, it’s going to be tough.

Equally troubling is the disinterest of the media. Most of the media chose to ignore Kejriwal’s Jantar Mantar show. While it hardly found a place on national TV, which celebrated him as the next messiah of democratic India, the print media carried only tiny reports tucked away in inside pages.

Will he ever be able to come back to headlines? What poor Kejriwal didn’t realise in his hey days is that media measures truth in terms of what is expedient and what’s popular. For the moment, there is nothing expedient or popular about Kejriwal and the AAP.

The only way to move forward is by strategising and not thinking on the feet because the period of pure spontaneity is over. Now, every step has to be recreated with utmost care. Kejriwal needs to strategise and work hard to get rid of the blemish that AAP is a strategy-less party. more
Helpful Lets discuss Elections Aug 06
Viewed by 680
View all 10 comments Below 10 comments

Tajendra Kumar Mittal (Mittal Saheb Maintenance wale)
Yes I agree with the latest views. We in India have been thinking short
term.
Long term thinking and execution is only for self like marriage etc of self
or children and not the society or nation.
Thanks
T.k.mittal
On 6 Aug 2014 12:07, "Rajesh Suri" <support@localcirclesmail.com> wrote:

KK Chaudhary (RWA Management Committee)
Somehow I find BJP spokes persons very defensive on AAP's allegation as to why BJP is running away from election. Spoke persons must highlight the cost of election and 'what if there is no single-party majority again' syndrome to explain why it is avoiding election. It should prove a point that attempting to form Govt without any corrupt means is only in the interest of the Delhites. If BJP is aggressive in educating the Delhites that re-election will only burden them on every media platform, AAP may not have upper hand in debates. more
Aug 06

Jitendra Thacker (Business Person)
Several of the top founder leaders of AAP have left AAP and the reasons they have given are quite serious. Watch this video : https://www.youtube.com/watch?v=YfjbERBpsMk I think it is better if this space is used for giving views on governance then to dissect other political parties future. more
Aug 06 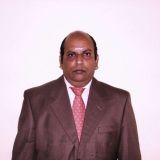 Venkatesan Ramachandran
AAP took several U turns in the overall process and failed to a irreparable level in all spheres. They thought, they bring media personnel, film personality and tried to gather crowd which did not yield any response. It was a JIT party which got dismantled on its own to self destruction without achieving the goal for which it was formed originally. Few things that still remain in the people mind are as follows:
Huge donations that came from all around, even though the web site carried details on it, what and how it is going to be spent by the party and managed
Happenings around with respect to the CM's house
Internal party clashes
LS poll debacle
No long term road map
No serious leadership visible to the external world
Minority appeasement tactics as being done by other political parties except few (BJP)
Confused stand on Kashmir and more more
Aug 06