Delhi stray dogs to be part of security squad

Another initiative to make constructive use of Stray Dogs..

New Delhi: Stray canines roaming the Indian capital may soon find themselves attending police training school with civic authorities planning to turn the animals into security dogs, reports said Saturday.
New Delhi residents have long informally adopted some strays as watchdogs and fed them, but this marks the first formal plan to turn them into municipal security dogs.

Delhi authorities said they would enlist police animal trainers to work with the strays and press the canines into service as guard dogs alongside a newly formed “May I Help You?” city security force which aims to assist the public and bolster safety.
“If these dogs are going to roam the NDMC (New Delhi Municipal Corp) area, they might as well work,” the civic body’s chairman Jalaj Shrivastava told The Hindu newspaper.
“Our plan is to adopt these strays and train them as guard dogs” to work with the public security force — 40 officers have already been deployed with the city planning to engage as many as 700, he added.
While some stray dogs are friendly and docile, others are more menacing and there is a high incidence of dog bites in India.
“This initiative is meant to address two issues: take the strays off the streets, thereby tackling the dog menace, and make the city safer for residents,” added Shrivastava.
There are no recent figures on the number of dogs in Delhi but a 2009 city survey put them at more than 260,000.
The reports did not say how many dogs would be used in the security scheme.
Dogs will be fed and vaccinated under the plan, welcomed by animal rights activists.
“This will engage the street dogs with society and also benefit people,” Radha Unnikrishnan, an animal rights activist, told the Hindustan Times.
A 2001 law forbids killing the roaming dogs and the stray population has soared, feeding on India’s infamous mountains of street garbage as well as on scraps given to them by residents. Hindus object to the killing of many types of animals.
Cities across India already run sterilisation and vaccination programmes but an estimated 20,000 people die each year from rabies infections in India, over a third of the global total.
The stray dog programme is the latest animal initiative in New Delhi.
A federal minister earlier this month announced authorities were deploying 40 professional monkey impersonators in government buildings to frighten away rhesus macaque monkeys which terrorise bureaucrats, invading offices, grabbing files and snatching food.

The men mimic sounds of langurs, which were used to chase away macaques around Delhi for decades until authorities started enforcing two years ago a four-decade-old wildlife law that bans keeping langurs in captivity. more
Helpful Addressing Stray Dog/Monkey Menace in Delhi/NCR Aug 09
Viewed by 32
View all 12 comments Below 12 comments 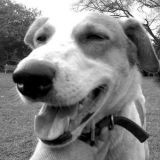 Pragnya GUpta (Expert, Animal Activist)
First of all I dont know how the dog got into a house on the 2nd floor. Second, maybe the dog was rabid? Which is why vaccinations are so imp! Thirdly, what about the innocent pups who are crushed under cars??? Howcome you dont feel bad for that?? Ever helped one?? Third, if your're a non vegetarian... arnt millions of chickens, pigs, fish etc killed for human consumption??? Just cz they are defenseless we should mercilessly kill them and eat them??? Raise them and then eat them??? What about all this???? Just cz they are voiceless, why cant u feel their pain tol just like u feel the pain of a fellow human????? Humans are selfish, thats the problem. Do visit a shelter and a slaughter house when u have the time... more
Aug 11

Pragnya GUpta (Expert, Animal Activist)
Im sure all of u hv come accross many injured/sick pups/dogs n other anjmals on d road. How many hv u helped and tended to??? Or did u just choose to ignore and move on???? All u can do is talkig abt gttng rid of thm instead of actually helping! Very sad more
Aug 11

Pragnya GUpta (Expert, Animal Activist)
Dogs dont bite wothout reason. Be nice to them and they will be nice to you. Ever thought that people beat them and hurt them??? Theyvdie by coming under our cars, horribly! Should we lock up the human race too??? ONLY solution is sterilisation to control population, vaccination and adoption!! Evrybdy should get the dogs in their colonies vaccinated and sterilised. I have done it and will continue to do so. I feel them. Puck up injured animals and take them to the hospital. Have any of u ever done any of this??? Guess not! Cz all u can do it talk abouy getting rid of them. Do your bit first and then talk. Thanks! more
Aug 11

Mohana Rajan (Kendriya Vihar)
Then it is all the more necessary to create a Central Government Fund for Stray Animals for their welfare, build homes for them & care; to which people can contribute directly, WITHOUT CORRUPT MIDDLE-MEN who siphon off money. They cant roam around on the streets biting people and creating a nuisance. If interested please sign & support the cause. You shd also see the other side of the story. Here is the Link -