Narendra Modi’s is as complete a vision as I have seen for a while. But it will only be building castles in the air until the question of resources is addressed. Resources will have to be mostly generated internally which means more taxation and/or better revenue collection efficiency and transfer of subsidy sums to capital investment. It will also mean running our utilities and psus to make profits. Unfortunately, there’s not a thought on this.

Mr Modi and his team think that since the allegedly high rates of inc­ome tax are the root cause of corruption, what is actually a relatively low incidence must be made lower. Also, the idea that small teams can deliver with greater speed and efficiency is an old one. My problem is that PMs and CMs have too little time and too little expertise to micromanage long-term and giant projects. There is a deeper disease at play, and Modi still has no ideas on how to treat that.

To get a consensus on labour reforms and land acquisition, his party needs to evolve an internal consensus first. Any national scheme requires national consensus. We have many areas in which we have policy consensus. For instance, it is agreed that manufacturing should account for a bigger share of the GDP, yet there is contradictory consensus on not having labour reforms. Modi also makes no mention of the foreign investment reg­ime he favours. His RSS mentors and ideologues like Gurumurthy abhor foreign capital. While FDI might be a small component in overall investment, it plays a critical role in exports and technology absorption.

Also, the discourse on policy, so essential for a democracy, never happens in India. The BJP is as guilty on this as others. Our intensely adversarial politics tends, by its very nature, to preclude consensus. The problem with Modi is that he is a creature of the RSS ideological hothouse where only intellectual bonsais can grow. He is sworn to the establishment of a Hindu rashtra and is a full-time RSS apparatchik. Vajpayee and Advani outgrew their RSS moo­r­ings and got out of its straitjacket and imbibed liberal ideas. They treated the RSS with bemused disdain.

Modi has shown no inclination on creating a more inclusive, just and harmonious society. He sees change just in economic terms, in terms of roads and buildings, power generation and industrial output. But people, while wanting growth, want to retain their collective and individual identities too, they want justice and equality and, above all, they want their freedom. Modi has no vision on this. The India First slogan is just an attempt to steamroll all these ideals with the deadweight of narrow nationalism. To arrive at a notion of India First, he must define India first. To me, his India First is just a cloak for a Hindu rashtra that he will define with his limited vision. more
Helpful Lets discuss Elections Apr 24
Viewed by 821
View all 6 comments Below 6 comments 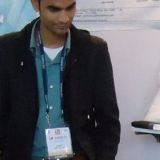 Dhana Rakshakan (Bank Manager)
Though I am not fully agree with the content, yours is an excellent
presentation
good analysis, thought provoking.

Kamlesh Wadhwa (Help people secretly ( do not want popularty)
Yes Dear Asha ji you are absolutely right . You have very good knowledge of all this. Mr. Kejriwal is atleast qualified person and have very good experience in helping public before coming in Politic .

But he is very short temper like me but true "Desh Bakht. so he also require more experience to handle all this.

Best of luck to all AAP team. more
Apr 24 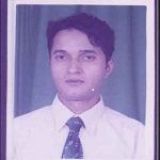 Shafaq Rafi (System Manager, IT)
Dear Ashaji, Your concerns are right, taxation and financials aspects and policies are being considered and obviously our country needs that, but so is the claim of all other parties including BJP since last many decades. But before all this humanity comes first, first need is to have a life. All bureaucrats, politicians involved in one or other scams etc. had their clean chit, one such big loop hole in our constitution, must be considered. If Modi is such a reliable person, please tell me how can he commit such a big genocide. So many innocent killed. A person who cannot manage a state what would he do with the country. Apparently that's very clear. Moreover, RSS is an assassinating organization, involved in the very assassination of our Father of the Nation. Huh, come on, grow up, supporting such an organization, very equal of Afghanistan supporting Osama.

Our first need is harmony as Ashaji described, and life must be respected and secured. All else is secondary. If you give weightage to monetary facts above humanity... Plz be human first. more
Apr 24

ASHISH VASHISHT
Dear Asha, it is very easy to pinpoint the problems of others. Who has the vision on the topics or problems where Modi is not capable. Picture should be seen in broader prespective. compliane with current tax rates ,system ( everbody, who is liable to pay tax , should pay tax honestly) is good enough to take care additional funds reqquired for the development. It is irony that most of us wants to share the resources of the country free of cahrge but have different ideas when there is question of paying tax. Reality is very harsh when it comes to contribution by individuals towards Country. Helpin the form of subsisdy should be extended to needy only. Theft of electricity and water is rampant in every corner of the country. Nothing is free so, some body shall pay some day later or sooner. more
Apr 24
View 6 more comment(s)
Post a Comment