CVO WAS SLEEPING IN HIS OFFICE

I went to lodge a written complaint against corruption to the Chief Vigilance Officer, Delhi govt a few years ago.But the CVO WAS SLEEPING IN HIS OFFICE. I waited for two hours but he didn't wake up. His staff refused to accept my written complaint saying that only Sahib will accept it. His name was Pradip Hota. I submitted my complaint with the office of Police Commissioner next day. more
Helpful Together Against Corruption May 06
Viewed by 1843
View all 27 comments Below 27 comments 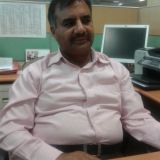 Satish Gupta ( Retired Civil Engineer, Practicing Social Engineer, )
I agree with you, but this chap must have been paid for sleeping only, if he is awake and do some work, would have annoyed the BOSS.
I can quote one example of IRCON International Ltd (PSU under Ministry of Railways, Govt of India). A case of fraud was caught by me in Maharashtra for Toll Collection. Daily theft started with Rs. 500.00 and reached an amount to Rs. 4,50,000.00. When the fraud was finally evaluated summed up to Rs. 34,25,185.00. The issue of misappropriation was intimated to my superior since the first time doubt cropped up. The development was informed progressively. This action of mine was always discouraged under the garb of being incompetent in computer software, it will be difficult to prove and so on. However, not perturbed with the discouragement, I kept on informing personally, over phone, in writing i.e through all the channels open to me. When my Project Head was transferred, I passed on the issue to the new BOSS. He also always tried to evade the issue and help the offenders. Then the issue was intimated to the Directors and the Managing Director, no action was taken, rather I was humiliated at the every opportunity available/created.
Still no action was taken, then it was passed on to CVO, who also slept over the issue quite long finally closed the case with the remarks the misappropriation has been intimated to the Managing Director and moreover, CVO does not have the jurisdiction to investigate the Special Purpose Vehicles created by way of Joint venture where 50-50% partnership is involved with the Private Partner.
Issue was forwarded to CAG; Two gentlemen personally asked me about the case in a hush hush manner,finally No action was taken.
The the complaint was sent to CVC, Aft months an acknowledgement was sent to me saying that the complaint has been forwarded to CVO for action along with an advice that the development can be seen on CVC website, which never worked. CVO is the same who has already shown the inability to investigate.

Similarly to Ministry of Railways, No acknowledgment/action has been taken till date.

And to CBI I personally, submitted the complaint and made them understand the issue during 6 visits. During my service period, there was lot of time to investigate by CBI, but after my retirement, I got two calls from Mumbai CBI and IRCON Office to attend in this regard.
As a matter of fact, during my 6 visits to CBI head quarter, everything was made amply clear about the issue to DSP & SP investigating the case. After retirement, I can't afford the visit to Mumbai.
I had been a Vigilance Officer, and knew how to prepare a case, accordingly, FOOL/Full Proof report with all supporting documents was submitted. Calling to Mumbai, tantamount to be harassing me. Imagine how, the corruption can be eradicated from India. Still there is a hope against hope. more
May 07

Arupratan Sit
sometimes it is not me but my PA, whose PA says so about me. you should not have sat waiting. you could have 'called' him from outside till his PAs say you to take action against you.
Recently i was visiting CDI for defending my case as well as acting as PW.....they are not that bad. more
May 07

R K Nanda
Dictatorial attitude of the Police need to be changed, they should be pro-people in solving problems. Their collection of money through unfair means need to be stopped with heavy hand. They feel as if they exist for collecting money illegally for keeping their bosses happy, such attitude now need to be changed, it is high time no body can tolerate their illegal activities. Change the basic structure and character of the Police Department, now essential after 67 years of independence. more
May 07
View 27 more comment(s)
Post a Comment