As per CVC ( central vigilance commission) 2014 annual report cvc has mentioned that there is 82% rise in graft cases /plaints . (64410 cases as per annual report 14 , 37039 cases in 2012 , 16929 cases in 2011, 16260 cases in 2010 , 14206 cases in 2009 , 10142 cases in 2008 , 11062 cases in 2007 , 10798 cases in 2006, 9320 cases in 2005, 10735 cases in 2004, 11397 cases in 2003 ) at present cvc sanctioned staff strength is only 296 and out of that 58 seats are vacant.
Total 64410 complaints received against various officials : As per the 2014 annual report , As many as 12,776 complaints of alleged corruption against Railways employees , 6,836 against bank officials, 3,572 against Delhi government employees and 3,468 against Income Tax officials , 3378 against ministry of petroleum & natural gas, 2917 against urban development dept. employees, 1303 against department of telecomm employees were received in 2014.
1) As Per CVC, Railways has topped the list of government organizations against whom maximum number of complaints of alleged corruption 12776 were received by the CVOs in last year. Kindly advise what actions should have been taken /should be taken by all concern to reduce Corruption in Railways.
2) CVC says among 64410 cases 36,115 were of vague or unverifiable, 758 were anonymous or pseudonymous , 24012 were for officials not under cvc & only 1214 cases ( out of 64410 cases?) were verifiable complaints which were sent for inquiry or investigation to cvo (?) who act as a distant arm of the cvc & cbi. May please give your opinion on all this way of case handling and case disposal.
3) CVC tendered it’s first stage advices in 5867 cases during 2014 ( 624 major penalty cases & 270 minor penalty cases) & similarly commission advised imposition of major penalty in 542 cases & minor penalty in 229 cases , considering the staff strength of cvc your opinion & suggestions
4) In railway most of the cvo appointed in department /production units/psu are appointed from railway cadre only do feel is it a good practice ? cvo can not take absorbtion at the place where they work as a cvo & they are supposed to work at parent cadre after their cvo tenure or get postings at different department so in such circumstances do you expect a cvo can work honestly & unbiased way when he work as a cvo in a department /psu working under the same ministry ? (for example : suppose a 86 batch railway irsee is posted on a cvo post in a production unit /psu do you expect he can dare to initiate action or can take action by his own , unbiased way against any secy or his 77 batch ,78 batch , 80 batch or 82 batch seniors if required? Or in such cases he will keep an eye for plum post like DRM/SDGM after his repatriation? Generally people say this may happen , as cvc has no full control on cvo selection? Your opinion ? more
Helpful Together Against Corruption Aug 08
Viewed by 2763
View all 48 comments Below 48 comments

Krishna Kumar R
Dear All, Corrupt Politicians and Government officials have made mockery of vigilance department over the years. 1)I have seen VOs posted one each in in bank's zonal offices being shifted to HQ and reduced drastically in number to increase their work load and deprive of them of intelligence. Similar tactics are done elsewhere also. 2) Railways department heads epute most loyal employees to Vigilance to spy on the department and to scuttle probes. 3) Even a useless Police Inspectors & in some cases SIs are provided 4-wheeler in States. But see the fate of CBI which does not give any such facility even to DSPs/ASPs. They are made to slog for public transport & beg for accommodation from Govt./PSU (guest houses) as their lodging entitlements are paltry to get a decent hotel room. The strength of CBI is ridiculously low, which public by now know. They have to seek approval to prosecute IAS/ IPS officers, which is delayed /denied very often. Even CVC advisory on punishment is not obeyed at times. If they are really empowered & strengthened, then corruptions can be contained. Let Powers that Be do this. Otherwise, it will be just lip service & cheating the public. more
Sep 03 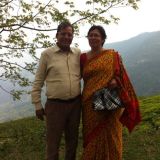 K Gupta
The corruption is at the top and it can never be eliminated by the present day politicians and their favorites appointed on such posts till and until a sever punishment is not given to the culprit either the public man or the favorite of the politicians if he is not serving the public honestly, more
Aug 12

CVC believes that Cases get RESOLVED with DUST SETTLING ON FILE.

CVC is just a post box and PROTECTS BABU and politicians .

84% rise is pof NO consequence. Old cases like BNK NPAs linger for decades.

Balaram Roy
Mostly corruption start from high level. Thorough sudden vigilance are required from other division. I think this step can minimise to some extent. more
Aug 11

Kavoori Prasad
cvo is not independent in any department. Cvo has to submit the file to executive, who in turn takes/sits on the files for months together.sometimes years too. Another flaw is that once cvc gives its opinion on the punishment, and after its imposition, the employee appeals against the punishment to the higher authority;mostly it is the Minister. As is known to everyone how the ministers function, the officer is let off with "simple warning" or censure which is not a punishment vis a vis the couupt practice indulged in. This is not referred or informed to CVC.
In one of the case, a ten member appointing authority imposed a punishment of compulsory retirement after it is approved/accepted by the CVC. The officer appealed to the minister being appellate authority. The minister changed before he could decide the case/or told his subordinates how to deal it with, but there was a delay and minister changed. The file was kept pending by the officers for almost two years as the next incumbent minister did not agree for change in the punishment. In the meanwhile the officer was asked to vacate the quarters since it was almost a year after awarding the punishment of complusory retirement. Pension started and gratuirty and GPF Leave encashment were paid. After two and half years, there was another change of minister, who was favourable to the official and he had changed the punishment from compulsory retirement to censure, without giving any reasons for the change in punishment. The officer came back to office with the orders for full payment for the two and a half years,without any work, and was reinstated. Not only that the quarter vacated by him was not allotted to another officer, for one and a half years and was again allotted to him. The case never referred to CVC again.The officer retired within one year of reinstatement but wanted that he be given extension for another a year as he could not enjoy the extra income during his 2 and half years of compulsory retirement and was given to him.
Victimisation to investigators: The CVO who was from IOFS was denied extention, rather kept one year without posting and officers who have investigated the case were transferrred and harrassed by the department without giving them their due promotions! The posts were kept vacant for want of DPC which was never held for two years!

This may not be an isolated case as I understand that such type of cases were there aplenty in different departments. Therefore, the CVO should be an independent authority and he need to submit his findings only to CVC or CBI and once CVC accepts the punishment proposed by the department, ab initio, should never be allowed to modify by the ministers! as it is not a speaking order or has any reasons for the modification of the punishment. more
Aug 11
View 48 more comment(s)
Post a Comment