Cruelty against canines on the rise in NCR -

This is as bad as Dogs attacking humans.

Almost a year after a number of stray dogs were found killed and hanging on trees alongside NH-24 in Ghaziabad, another incident of cruelty on canines has been reported from Sector 25, Noida. Around seven dogs – four pet dogs and three stray dogs – have been killed in the area in the last three months.

Dimple, a resident of the sector, who is also the owner of two of the pet dogs, told The Hindu that she sees a link in all these killings: “I feel that someone has been going on killing dogs with a sharp object. Two of my dogs were killed in the last week of May. One of them was stabbed with a knife in his stomach and the other one was poisoned.”

“Some weeks before, I found a stray pup decapitated. His legs were chopped and his head was cut and thrown off in a drain. I was shocked to see this and suggested that the residents of my colony lodge a complaint with the local police but none of them agreed,” said Ms. Dimple.

“After they refused to file a complaint, I also did not contact the police because I was not sure if they would take any action on my complaint. However, I did take up the issue with People for Animals and they have promised to help me on this issue,” she added.

The residents of Sector 25 have always been complaining of increased number of stray dogs in the locality, pointing out the dangers if they are not vaccinated. They also had a meeting on this issue following which Ms. Dimple and some other residents decided to adopt some of the pet dogs and got them sterilised. “I adopted seven dogs and have been taking care of them for the last one year but some people in the colony still have problems with those dogs. I am assuming one of the residents is responsible for the killing of dogs,” she said.

Talking about the incident, Poorvaja Joshipura, CEO of People for the ethical treatment of animals (India), said: “The public and police should be concerned if any individuals show disregard for animals as they are often indiscriminate about whom they harm – animals, children, women or other people. The public can help by speaking out against abuse and filing an FIR when they hear about a case of cruelty towards animals. The police are required to accept the FIR.”

“Violent acts towards animals have long been recognised as indicators of a dangerous psychopath that does not confine itself to animal abuse. Research in psychology and criminology shows that people who commit acts of cruelty towards animals rarely stop there; many of them move on to their fellow humans,” added Ms. Joshipura. more
Helpful Addressing Stray Dog/Monkey Menace in Delhi/NCR Jul 14
Viewed by 43

Mohana Rajan (Kendriya Vihar)
PL. SIGN THE PETITION THRO' THE LINK BELOW AND FORWARD TO FRIENDS TO SIGN& SUPPORT.
Here's the link: 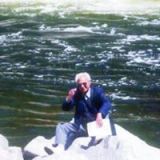 MADHU SUDAN RAJVENSHI
Really bad and inhuman to be so cruel and merciless. People must think over logically.
Madhu more
Jul 16

Mohana Rajan (Kendriya Vihar)
It is no doubt sad to see people ill treating animals, BUT at the same time, NO ONE BOTHERED OR RAISED VOICE when the 2-month old child was killed by the stray dog. Many incidents of stray animals killing precious birds, knocking down sr. citizens & disabling them; killing children have come to notice. One episode of CRIME PETROL on Sony TV was on female foeticide and the foetus thrown in rivers being eaten by stray dogs.
Let us all join together contact MPs / MLAs in our locality and force them to bring in an Act or Bill in the Parliament for DRASTIC POPULATION CONTROL OF THESE STRAY DOGS; THEIR PROTECTION & ALSO PROTECTING CITIZENS FROM THESE FEROCIOUS ANIMALS. In some countries it is mandatory to get your pet dogs / cats, etc. sterlized, otherwise you will be liable for heavy fine. Chacha, Mama, Tau Govt. like India cant be disciplined, where people get away with anything using high influence. more
Jul 15

Arunima Sharma (resident)
"Excess always leaves with nasty taste" - As we increasingly witness population of stray dogs and pet dogs multiplying with no sense of responsibility by owners in terms of keeping neighborhood and streets free of litter, make sure children and passerby are not disturbed by taking them into specific pet areas, municipality having no responsibility of controlling stray dogs or to strictly implement laws on pet owners - such hatred and repression cannot be ruled out. Its high time Municipality comes into action, pet owners become more responsible more
Jul 14
Post a Comment