It is a strange logic that farmers in northern states who are insisting on burning crop stubble after harvesting by mechanical devices are showing their inability citing financial burden.
In south we too grow paddy and other crops but it is the practice to lift hay by farmer as he is getting money from crops .Untill recently they used Manuel cutting by sickle now that the harvesting machines are in use the stubble is longer.
Of late since pollution levels have reached to dangerous levels in cities in North there is a urgency by governments both center and state to take measures in that onestep is to prevent crop burning.
But the farmers expect the govt to foot the bills of hay lifting citing that the cost of lifting is more for them .
What a joke! Farmers are making money and polluting but the govt must bear the cost of hay lifting.
They must insist and collect tax from farmers who are burning crops blatantly and disregarding the health of millions of people.
It is shameful that govts are weak and due to populism cannot take harsh measures.
Now it is election time all the more it is irksome for them.
Before another Bhopal like tragedy happens locally and respiratory disorders damage the lungs of people permanently ,the governments must form a study group of technical people from health, finance ,agriculture and recommend measures urgently to GOI. more
Helpful Swachh Bharat - Clean India Oct 13
Viewed by 3941
View all 47 comments Below 47 comments

Basavaraju Hutchegowda (No.166, NHIG D1 Block I 5th ph..., No)
Yes, they should not pollute the air. Because of this, many states in north is affected and some people are suffering from diseases out of the smoke. But we should find a solution. In many developed countries, wheat is grown extensively and they also create lot of waste out of this. We need to find out what are the methods they use to dispose of such waste. Central Government or Local Government is required to give more attention to solve this problem. It is unfortunate there is no serious thought is attached to it now. more
Jan 08

Hari Gurg (3rd Cross lane)
This is the gross misuse of democratic system.Such things should be handled with an iron hand.All political parties must support this.These so called rich farmers are playing with the health/life of citizens.Govt must bring legislation to ban this practice and punish severely to the culprits. more
Oct 22

DK Sarkar (Aptt B/802 Shree Ganesh Gauri ...)
Sorry Sir! It is just not possible. If political party 'A' supports the proposal, political party 'B' - 'Z', would be against the proposal. Further, if you examine the ownerships of agricultural farms , you may find that like a who's who of politicians,administrators, industrialists, NRIs, etc. who rules the roosts. more
Nov 03

Umakanta Behera
Stub burning is seriously objectionable from environment point of view. State Governments of those particular States educate the farmers as also bring laws against the practice. On Sat, Oct 13, 2018 at 11:44 AM Prabhakarrao Yerragunta < support@localcirclesmail.com> wrote: > more
Oct 18 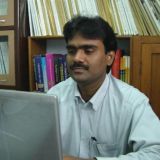 Braja Bag (Midnapore)
Dear All, I am sure many of you have seen the YouTube entitled "Nitin Gadkari's Business Models Will Shock You"https://www.youtube.com/watch?v=ihnumDuoOF8. He talks about production of bioethanol from agricultural waste in a section of his speech. I wonder, if such a model is applicable here too. Regards, Braja Gopal Bag more
Oct 15
View 47 more comment(s)
Post a Comment