Cricket - a boon or curse for India. It's implication on Politics & Economy

An Agenda which is a must for a party whom we as Indian Voters would like to govern and serve Indian People.
1-In my opinion, cricket has become a curse for India so far it's economy and political implication is concerned.Most of out Top rated Parties like BJP/ Congress/NCP etc. are involved in cricket activities as Arun Jetaly/Rajev Shkla/ Sharad Pawar are associated with Indian Cricket in one or other forms . Big Business Houses like Ambani/Sahara/ Kingfisher/and MNC like Reebak/ Addidas are alsi associated with Cricket.
2-how can these poltical parties controll money power who are making profit out of thei gentle men game of cricket by investing on Indian Players and overseas players and each game is suscpicious due to chrges of betting.we elect these politicinas to serve the people of India who voted them to power rather than have nexus with business houses and earn profit by making fool of Indian public.
3-you can not calculate the loss incurred by Indian Economy due to these cricket matches. on the day of any match,on an average of 40-5000 spectators watch match live, crores of public watch on television and as many listen commentary. we are not adeveloped nation, crores of man hour loss when thes spectators do nothing productive during match and production is also lowest on these match days and people bunk office/ factories/school/ colleges and there is huge manufacturing loss directly or indirectly. many devloped countries like USA/China/ France/ Germany likes do not play cricket like India although they can as they are developed nations. their main sport is Football or tenniss which does not have much impact due to short duration.
3-Vijay Mallaya has no money to pay salary to his staff but can purchase cricketers in crores of rupees/Ambani sends crores and crores on rupee for IPL and felicitation of players but at the cost of increasing price of gas/ petroleum products/ electricity charges etc.when our politicians will be party with such extravagnza how can we expect them to have checks on such activities.
4- I am not against cricket but you know , we poor Indians buncks our workplace and pay for games as all sponsors are directly involved in our day to day life spends as they extract money from our pockets to pay to our Indian cricketers and also to over seas cricketer and sponsorship maney . we are made fools and most of the said matches are suscpicious as already fixed by betters/ bookies.Every body is making fools of we Indian Public- politicians/ business houses/ beaurocrats.
Pls. spread thsi message and boycot cricketmatchses on TV and live commentary to save our Economy from the clutches of this british game. more
Helpful Lets discuss Elections Mar 20
Viewed by 667 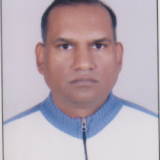 Shailesh Garg (Private Tutor (Maths and CS))
Cricket is highly glamourized in India though it is just another sport. Maybe it is due to attachment of many Indians to everything British.

Malpractices flourish when something becomes so popular as every power aspirant wants to use it for influence peddling.

The government should promote many sports and ensure that players are compensated properly. I think government action can wean public away from Cricket. more
Mar 21

Ramasubramanian Appadurai
I agree with Mr Dave. Cricket is a curse for this country. It is indeed very bold of you to say it in public! However, I would recommend strict checks and controls be brought about on the cricket matches scheduled to be conducted and the bodies/sponsors that govern/sponsor and organize them. more
Mar 21

Dr BIJENDRA SINGH CHAHAR (AN IT PROFESSIONAL)
Avinash Ji very very thanks. Acually games and sports are equalyy important for maintaing a sound mind in a sound body. more
Mar 20

Shailesh Garg (Private Tutor (Maths and CS))
Actually I am happy that at least something provides a common ground - a place where two opposing parties can meet and talk.
Sports is a good thing in any society.
However I would like to see other sports grow as well including Indian sports of kushti etc. more
Mar 20
Post a Comment