AAP leader Kumar Vishwas' claim that he was offered the Delhi chief ministerial post by the BJP on 19 May could well be yet another pointer to the credibility crisis that the Aam Aadmi Party is now facing.

Vishwas is not the first AAP leader to accuse the BJP of poaching or attempting to engineer a split in their party. Such allegations have come in several installments. But there is a slight difference between the allegations made earlier by his party colleagues and the one made by Vishwas - he is not an MLA and he was not offered money.

Though Vishwas nor AAP has named the BJP leader, it transpires he was hinting that newly elected north-east Delhi MP, Manoj Tiwari, gave him the offer on behalf of the BJP. Tiwari and Vishwas are long-time close friends. Tiwari on his part has denied having met Vishwas with such an offer and termed the allegations as a publicity stunt mixed with a degree of panic reaction.

Vishwas first told The Economic Times: "On May 19, around 10.30 pm, a BJP MP had come over to my house. I met the person because he is a friend. The gentleman stayed on till 3.30 am trying to convince me that I should help BJP form the government in Delhi and that they were willing to offer me the CM's post. He claimed that he was meeting me at the behest of top BJP functionaries. He also claimed that 12 AAP MLAs, who did not want re-election, were willing to support the proposal... I was told that if I agreed, then he could immediately take me to Ashoka Hotel to meet the right people to carry this proposal forward. I turned down the offer."

While horse trading in a political party is quite common in Indian politics, Firstpost spoke to a number of BJP leaders who suggest somebody must having jokingly made the offer to Vishwas, if at all it was made, and he took it seriously.

The reasons as indicated by them are as follows:

First, offering a CM's post to a non-MLA, that too an outsider, would mean not just getting one of the exisitng MLAs seat to vacate a seat for Vishwas, but also to get him elected within six months. That could cause an internal rebellion in the BJP.

Second, defection of 12 MLAs to BJP would mean nothing. Under the anti-defection law, they would be disqualified from the Assembly. The Anti-Defection Act says at least two-thirds of the members of a party would be required to split the party: “The merger of the original political party or a member of a House shall be deemed to have taken place if, and only if, not less than two-thirds of the members of the legislature party concerned have agreed to such merger," it says.

With AAP's strength of 27 in Delhi assembly, the BJP would require at least 18 MLAs to cause a split in AAP and make them switch sides.

Third, Tiwari who joined the BJP on the eve of parliamentary elections could not be in a position, if at all, to negotiate on behalf of his party.

The Aam Admi Party had first alleged in February that Narendra Modi and Arun Jaitley were trying to poach AAP MLAs. AAP MLA Madanlal claimed that he was offered Rs 20 crore and a deputy chief minister's post if he could split nine MLAs. Each of the defecting MLAs were to be additionally paid Rs 20 crore. He too did not name the person who approached him or provide any evidence but AAP started demonstrations in front of Jaitley's residence and BJP headquarters. AAP has since then made several accusations but without substantiating them with any evidence.

Vishwas' charges have come at a time when the Centre and Delhi LG would have to respond to the court on whether there was a possible government formation scenario or fresh elections were needed.

The BJP is making a counter charge that there was a power struggle in the AAP and by using such “publicity gimmick”, he has thrown his hat in the ring for a leadership position in Delhi. Vishwas has reportedly been feeling slighted since the time he was waging a lonely fight against Rahul Gandhi in Amethi.

But the situation in the BJP's camp is no better. It has no clear cut position on what it wants to do in Delhi - go for elections or attempt government formation. Though it appears that the BJP prefers going to the polls after the Assembly elections in Haryana, Maharastra, Jharkhand and Jammu & Kashmir are over, party leaders are refraining from taking such a position. Things could change after the Election Commission announces the poll schedule for the four states.

Since the time Dr Harsh Vardhan, BJP's chief ministerial candidate has been made Health minister in the Modi government, too many aspirants for the leadership position have come up in the party - Jagdish Mukhi, Meenakshi Lekhi, Vijay Goel, Vijendra Gupta and Satish Upadhyay to name a few. Former IPS officer Kiran Bedi too has shown her inclination to take up that post.

Vishwas's charges have slightly spiced up the Delhi political scene. But will he look for a constituency in Delhi in next elections? He has not yet made known his plans. If he does contest, power equations could change in AAP. more
Helpful Lets discuss Elections Aug 31
Viewed by 837
View all 8 comments Below 8 comments 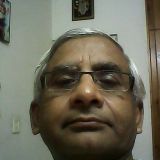 Prakash Soni
LEt us not involve in making a mountain of a molehill. Let AAP take care of themselves. Let us not give them unnecessary imortance. Stop discussing anything about them. Delete any comments about them from this forum. more
Sep 01

Devendra Pratap Singh (Dr D.P.SINGH AN EXPERT ON STEEL AND POWER PLANT CONST. AND A PHYSICIAN )
popularity of AAP is going down every where.this is a feed back for corrective action. more
Aug 31

Sumendra Jain (Project Management Consultant)
K Vishwas has no conviction, enjoys see-saw game and pole balancing.
He is intelligent and acceptable as a BJP member where he shall be trained of all values required for standing up and working for the country. more
Aug 31 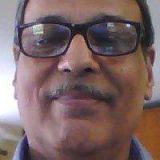 GEDELA KRISHNAMURTY NAIDU (Power Plant /Diesel,Thermal and Solar and Third Party Inspection Expert)
Select candidates for BJP( for next elections of Delhi )who do not have criminal cases against them and record of honesty , simplicity, hard working, sympathy towards poor , attitude for development of state/country
G.K.Naidu, Hyderabad more
Aug 31
View 8 more comment(s)
Post a Comment