We are in receipt of many suggestions from members regarding creation of local level anti-corruption circles so you can discuss day to day issues, share information, find solutions and come together for collective action.

We would like you to help us evaluate if state level circles should be rolled out versus the city level. One reason to have State level circles would be so Lokayukta can be invited to participate in the circle.

We look forward to your inputs!
Transparency International India more
Helpful Together Against Corruption Oct 26
Viewed by 3409
View all 57 comments Below 57 comments

Babu Rajan Kunju Pillai (advocate)
I feel 99% of the population would vouch in favour of movements against corruption. Still no meaningful mechanism or movement has come up effectively to make any markable difference in the field. Doubtless that the failure is due to lack of collective or concerted effect. It is high time that the various movements in different parts of the country ought to be channelized to have a single stream of movement to have an effective solution to the ever growing menace. Equally important is that awareness of the ill effects of corruption has to be published vast to reach the ignorant ones, that the alround development seen in the country would have been at least 90 times more, had the affairs of the Country been corruption free so that there would have been none below poverty line since some decades in our country!? Jago dear ones Jago and get united in action at the earliest. Even the so seen out-lawed Maoists should shed down their mode and method of reaction and come under one umbrella with the civil society to fight corruption in all fields. No doubt it would be a very hilarious task that the movement the corrupt 1% start feeling the heat of the movement, their flexing of muzzles to keep staus quo ante would be very fierce than expectable, for they are the ones wielding shield and purse of power. more
Oct 21 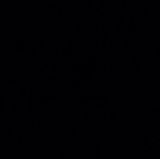 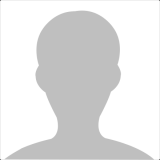 Ravi Ramesh (Ravi Ramesh, Yoga Teacher)
A variety of organisations have been created in India to actively fight against corrupt government and business practices. Notable organisations include:

Bharat Swabhiman Trust, established by Ramdev, has campaigned against black money and corruption for a decade.[when?]
5th Pillar is most known for the creation of the zero rupee note, a valueless note designed to be given to corrupt officials when they request bribes.[citation needed]
India Against Corruption was a popular movement active during 2011-12 that received much media attention. Among its prominent public faces were Arvind Kejriwal, Kiran Bedi and Anna Hazare. Kejriwal went on to form the Aam Aadmi Party and Hazare established Jan Tantra Morcha.[70]
Jaago Re! One Billion Votes was an organisation originally founded by Tata Tea and Janaagraha to increase youth voter registration.[71] They have since expanded their work to include other social issues, including corruption.[72]
Association for Social Transparency, Rights and Action (ASTRA) is an NGO focused on grass-roots work to fight corruption in Karnataka.
The Lok Satta Movement, has transformed itself from a civil organisation to a full-fledged political party, the Lok Satta Party. The party has fielded candidates in Andhra Pradesh, Tamil Nadu, and Bangalore. In 2009, it obtained its first elected post, when Jayaprakash Narayan won the election for the Kukatpally Assembly Constituency in Andhra Pradesh.

We should also join anyone and help the above organizations more effective to clean bharat from corruption. more
Oct 16