Corruption in Procurement - Inputs on Solutions

1. There are many middlemen working with the authorities and contractors
2. The technical specifications are intentionally made vague to discourage people from applying
3. The vendors in the nexus pay a fixed percentage commission on each procurement contract to the officials
4. The officers do not care about the financial loss to the Government and care only about filling their own pockets
5. Majority of the procurement tendering process is still manual
6. The inspection department which is supposed to overlook the procurement process also loses the plot to corruption
7. The officials resist shifting to a computer based procurement system as it would reduce corruption
8. Instead of being job specific, tenders are made based on specifications which can easily be modified
9. No or little action is taken against people who are caught in procurement corruption as this chain has deep roots
10. Cost is made almost the sole criteria to get procurement contracts
11. Some foreign suppliers have deep pockets and do not mind paying bribes to get large contracts
12. Politically influenced contractors/suppliers/vendors use their links to get major contracts
13. Many times the contract granting officer themselves are involved in setting up companies on the side with relatives/friends and giving contracts to it.

1. Procurement tender tech specs are intentionally made vague
2. Later during clarification stage these are manipulated with preferred vendors
3. Later on Inspection department also follow corrupt practice by granting concession to agreed specifications & get benefitted
4. Many times, wrong indent value is shown on indent which allows change in type of tender i.e. limited, open, single or propriety
5. Relaxations given are detrimental to specs & two identical parts do not remain interchangeable
6. As per norms, purchases are to be made on calling competitive quotations at least from three suppliers and the firm quoting the lowest price has to be selected. Hence the suppliers to be favoured are asked to submit 3 quotations, 2 of which used to be in fictitious names and one of them quoting the lowest price is selected and orders are placed
7. In the event of declaring bonus by the local government on a particular crop, the farmers purchase crops from nearby states at lower prices and sell it to the local cooperative societies who purchase it knowing that the crop was not grown in the fields of the sellers. Thus making the farmers eligible for bonus, a portion of which goes to the officials of the societies
8. In all government departments and schools & colleges (irrespective of states), inferior quality furniture are in use. Their records will indicate purchasing of standard quality furniture. The difference in prices between the inferior & standard quality furniture is being used by the suppliers in paying commission to the concerned officials
9. Major corruptions prevail in defence procurement and tendering
10. Government departments have locally approved suppliers who charge 30 to 40% extra
11. Many times, the material is never received in the department/office of the procurer, only bills/cash memos are received and paid for
12. In some Government facilities half supply and full billing also happens. Material enters the warehouse, a receipt is made and it leaves from other gate, only to re-enter the warehouse and re-receipted.
13. Higher rates are approved for lower quality goods received
14. Syllabus in schools & colleges are frequently changed to favour the particular publishers from whom the books are procured
15. Government agencies intentionally procure crops beyond their storage capacity. The excess crops are declared rotten and the cost is written off. A major portion of such procured crops remain intact and parted by officials and political leaders
16. Another grey area of corruption is the procurement of Drugs, Medical Equipment, Health products in Public Health. more
Helpful Together Against Corruption Mar 14
Viewed by 3543
View all 32 comments Below 32 comments

PUTHUCODE ANANTHARAMAN
Why this topic is repeatedly comes up. many members already shared their comments. ALL PROCUREMENT TO BE MADE ON LINE AND there should be no interference from any management or politicians. Government, I doubt, very much to implement this? because mafia's are influencing all procurement. If small things like can be addressed on time, then, the country couldn't have been having willful defaulters. More defaulters have been added up and once these defaulters are taken for questioning, many skeletons will come from cupboard. From this, once can think, whether Government will implement stringent action again corruption? more
Mar 18 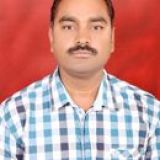 GKV SUBBARAO
Hi It is very important issue. Below is the right solution for corruption. Govt has to follow these three steps. I request all members to pressurize Govt to adopt below three steps. 1 withdrawal of currency notes from 500/- and above. 2 All transactions through bank for above 25000/- per month 3 Withdraw all kind of taxes only transaction charges at Rs 1/- per 100, i.e 1%. more
Mar 13 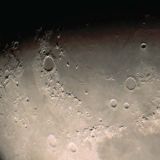