Corruption in Policing: Inputs on Solutions

We will be sharing this whitepaper with CVC, Ministry of Home Affairs, and State Chief Ministers so actions can be taken.

1. Police forces lack sensitivity
2. There is no transparency in the working of police
3. People don’t complain about police corruption as they are scared of them
4. There is not enough awareness in citizens, when it comes to dealing with the police
5. The initial thought of a citizen is to agree with whatever the police man says
6. There is major politicians influence on the working of the police department
7. Vigilance over traffic police is weak
8. FIR is not filed by the stations to reduce accountability
9. Police officers have a lot of authority is vested in them
10. The department is still not modernized
11. The staff is not trained enough to use technology
12. No reviews of physical fitness required once you get the job
13. The department is still comfortable with doing paperwork instead of using computers
14. Many traffic policemen are lazy; they just stand in the shade and are indifferent to traffic violations taking place right in front of them
15. There is no career path of a police man in lower ranks. So no motivation to work hard and rise up like private sector or even public sector
16. Many police men recruited either have political connection or pay huge bribe. Hence they try to recover their investment by taking bribes
17. Lack of adequate training to police force
18. There is no effective grievances redressal mechanism in a time bound and independent manner
19. The passport application could be rejected based on the police verification – the police officer verifying takes undue advantage of this fact and asks for bribes.

1. Road side vendors pay a daily amount to police
2. Shared taxis give money to the traffic police
3. Traffic police asks for a bribe to let go of challans
4. Officers at the police station ask for money to verify documents for licensing
5. The lower level police staff demands money to file FIR
6. Police takes bribes to dismiss complaints against you
7. Police extorts money both from the accused and the complainant
8. Police constables demand money for passport verification
9. Almost all heavy vehicles passing through the city need to pay bribes
10. Some policemen accept bribes for ignoring land encroachment
11. Police ask people to pay them some token money to let the construction go on without hindrance
12. Road accidents are settled outside the law by bribing the investigating officer
13. Citizens collude with Police with bribes to get insurance/bigger insurance claims
14. Bribe is demanded when in any revenue case court orders for giving possession of land to the person not holding actual possession of land in question
15. Traffic police intentionally targets outstation vehicles, finds issues and asks for bribes to not challan them
16. Buses and trucks are parked on the roads at night causing major hazard but presumably under police patronage
17. Police has a nexus with liquor and mining mafia
18. Overloaded commercial vehicles are ignored by traffic police officers for a fee. more
Helpful Together Against Corruption Nov 08
Viewed by 3142
View all 47 comments Below 47 comments 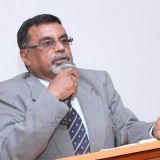 To no longer receive this kind of email, click here
[https://www.inter-chat.com/emails/InvitationBlacklist?emailType=invitationFromFriend&emailEncoded=d3d3LnNlbmRfbmV3cG9zdCsraXlpeXFzZmRxc2ZkYWUrK3Z2dHJsa2ZkYWVxc0Bsb2NhbGNpcmNsZXNtYWlsLmNvbQ%3D%3D&emailKey=7b618e19975b65a267c56379f32db9e5&emailId=0006c126-0d22-4bde-98ee-344173d66c05]

If you don't want to receive an email if another of your friend wants to invite
you, click here.
[https://www.inter-chat.com/emails/InvitationBlacklist?emailType=invitationFromFriend&emailEncoded=d3d3LnNlbmRfbmV3cG9zdCsraXlpeXFzZmRxc2ZkYWUrK3Z2dHJsa2ZkYWVxc0Bsb2NhbGNpcmNsZXNtYWlsLmNvbQ%3D%3D&emailKey=7b618e19975b65a267c56379f32db9e5&emailId=0006c126-0d22-4bde-98ee-344173d66c05]

Chandra Sekhar
I have only one Question..... .... is Govt or Political leaders really don't know about how to stop the corruption / how to make the corruption free country ????? more
Nov 15

PRABIR BASU (Technical Consultant)
The root causes and key issues on each and every issue being discussed under the aegis of Local Circles are well known for years even to the common man on the street. Why there has been no action till date to eradicate all these corrupt practices or is not it "TOO LATE TO REALIZE" by the administrative wing on all these issues. In lieu of efforts in listing, documenting and issuing white papers on all these open issues, the public at large would appreciate and benefit if stern actions e.g. summary dismissals, property attachments, public humiliation, etc are taken to weed out the invisible, all-pervasive bacteria/virus, happily named as Corruption. more
Nov 09

Kuldeep Singh
My opinion is no person who is not a graduate or studied well should even hold a post of the constable even.
Police needs to be educated.....smart......sensitive....truthfull and responsible to our society.

Mandatory checks should be introduced in recruitment.............less educated constables always get in habit of bribes as their wages aren't enough to run their household expenses,......they join police to be posted to specific areas to get money from street vendors & hawkers.

Jyothi Chelamcharla
To curb corruption in police force, it might help to set income targets from fines etc. and a set percentage of that income must be used to improve the living conditions of the police, like better quarters or schools etc.
Also as other member indicated, it is a must to break the nexus between Police and Politicians. Their transfers, promotions must be made transparent based on the merit and de-merit performance points that are pre-set. more
Nov 07
View 47 more comment(s)
Post a Comment