Below are the key issues, root causes and solutions for corruption at Provident Fund offices. Kindly review them and share any additional inputs you might have. We will be taking this whitepaper to CPFC and Secretary, Labour and Employment next week for their review and actions.

1. The amount of human interaction required in PF offices should be reduced
2. The processes should be computerised
3. All the existing records should be digitized
4. Each task should have a certain turn-around-time, after which the system should automatically assign it to the supervisor
5. Strict actions should be taken against the peons who take bribes, leading to even suspension
6. Every PF office should have banners which have in bold letter written on them a higher officials number, who could be contacted in case someone asks for a bribe
7. Government’s be prompt in working on complaints made for corruption in PF offices
8. The officers should be made accountable towards their job
9. An online grievance platform and community for exchange could be started
10. PF Local Circles could be started for every city in India where citizens can help each other as well as raise any issues faced
11. People should be given access to check their account through a username and password
12. Duties of all the staff should be checked and corrected from time to time to rectify the system in a fair manner of running the good system

1. The PF officials have a lot of authority vested in them
2. The systems are not yet completely computerised in certain places
3. Peons collect the bribes on behalf of the higher officials
4. Lack of a set process in small cities
5. Some officials don’t want to get into the hassle of taking cash and hence ask for bribes in kind
6. Government’s response to complaints has been luke warm
7. Insensibility of the concerned employees/officials towards the sufferings of the claimants
8. Lack of provisions for fixing accountability
9. Timely updation of records is not done
10. Embezzlement of the amount of PF contribution recovered by the employers from their employees
11. Many claimants are not well educated and fall in to the trap

1. Officials keep finding faults and reject the file if a bribe is not paid
2. Peons ask for money to move the file
3. Claimants are told that the signatures of the higher officials are pending and they could pay up to expedite the process
4. The system is manual at a lot of places which leaves the officers with much authority and opportunities to ask for bribes
5. Officials ask for a fixed percentage of your PF amount to help you get your money quickly
6. Since there is no specified time limits to finish tasks, officials keep pushing files forward till they get a bribe
7. Bribes are also paid in kind and also in form of gift cheques
8. People who refuse to give bribes end up going around the PF office again and again without any luck. more
Helpful Together Against Corruption Sep 21
Viewed by 3898
View all 44 comments Below 44 comments

ASHOK DHINGRA
Good morning friends, , we the human always find every thing for our use, if some one forgotten , or gave us ny mistake more, we keep quite but will not if paid less, some / most do not do their duty fully but want full pay & allowances , every thing is corruption, no one cares for others loss but self only should not be, even let others have many folds, JAY HIND, JAY SRI KRISHNA KRIPA BERSE SABHI PAR more
Oct 04

Jayakrishnan Alambath
How can you stop corruption when the giver and receiver are present the society. Even the poor pay bribes to get their jobs done. So only demonetization can stop this sort of bribe giving and bribe taking.

The poor pay bribes of over Rs 8,000 million to access public services. 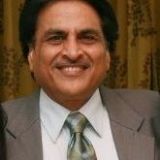 RAJ SINGHAL
Yes! Computerisation is a must between EPFO office & contributing Trust /Companies on behalf of the employees. I have interest loss of over a Lakh of rupees on a/c of manual transaction. Reliance Ind Ltd claim to have posted the chq which was true but EPFO office after receiving kept it in the drawer of some employee, deposited after 2 months ocausing me loss of over one lakh. Atleast the transfer should hv bn done using RTGS but then EPFO, Delhi office was not equipped. Nobody took the responsibility of this lapse. more
Sep 21

Jayakrishnan Alambath
I would say Subbaraoji was lucky to get a favorable decision from PF Adalat. I had to approach Court for a favorable verdict. more
Sep 21

Jayakrishnan Alambath
I agree with Anandji,
Use of ATM cards can go a long way to curb corruption. more
Sep 21
View 44 more comment(s)
Post a Comment