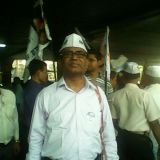 As Legislative and Executive have submerged into CORRUPTION our Judiciary is also making their contribution. Look the nexus between politicos, higher ups with Judiciary.
How fight against corruption be effective- few examples to look into. Lalu Yadav, Jailalitha, A. Raja, Kanimozhi many are given bail to enbjoy free life. Why ?

Also whenever a "powerful" is being rounded up, he or she develops medical problem and get admitted into hospital. Enquiry officers transferred, or punished or ask to go slow. Look into Corruption charges against many ex-ministers in Maharashtra. Nothing substantial coming out. PM is hobnobbing with them too. more
Helpful Together Against Corruption Mar 04
Viewed by 338
View all 12 comments Below 12 comments

Sudhakara Pujari
Yes we can all meet on some Sunday predicided. I stay at Borivali more
Jan 13

Vikas Kumar
but i am from Ranchi...

Sudhakara Pujari
The basic tactis adopted is that the real facts are not put before the judges. Once the correct detail facts of the matter are put before the judges they automatically become accountable while analysis and interpretation. Concealment of the facts is the main cause which needs to be exposed. more
Mar 07

Nagesh Rao (Talent Assessor & PR Professional)
Yes, it is true that at times it will be difficult to take firm stand by the courts on its own against powerful politicos & film stars & so called celebrities. The clauses & provisions under the laws are most of the time misused by this group, & hapless bureaucrats & authorities are forced to use their discretionary
powers to benefit in their favour. If Chor Police is bhai-bhai, what court can do? having said that, in recent cases the court has observed such tendency & criticized the concerned officials & pointed out the glitch & at times sternly warn them of appropriate action against them. Now they are bit careful.
ignoring the claim of these guys saying just because they are powerful politicos & celebrities the natural justice & provisions are denied to them.

We must appreciate this & we can see how the powerful politicos are being hounded, in scams & a guy has been put behind bar without bail for a over a year in mismanagement of funds of the general public & cheating, asked him to pay Rs.10,000 crore to grant him Bail. Because, the amount of fraud indulged by this group is astronomical. Thanks to SEBI which perceived the case relentlessly in spite of political pressure.

In one of my friend's case, who sold his property & registered against advance payment. since, the buyer did not settled the balance payment even after follow up for over six months. And cancelled the deal through a notice & asked the buyer to collect his amount paid as advance amount. He has booked under cheating..? by the police, arrested. and lo, the lady magistrate has given him to police custody. When the matter heard for Bail with other Magistrate, the hon'ble magistrate in his Bail order clearly observed that the police custody of the owner un called for & rather than giving C report police has on their own interest & for certain consideration has wrongfully arrested the person & Grant of Police Custody is un called for & ought not to be given for PC.


When we questioned his counsel since he had a clear legal opinion that it does not amount to cheating, as the property is already registered & the balance amount not paid over a period of time & demanded for payment with in 7 days, failing which the buyer can collect his deposit back, he merely said when there is a allegation on Chief Justice of INdia on corruption what about the Magistrate who granted Police Custody.

So, lets not loose our faith in judiciary like the hon'ble magistrate who sensed the fishy part of the case, like wise there are still quite a no. of good guys who is upright & upheld judiciary. its ethics & norms. Yes because of the system these Lallu, Pillus are roaming free for such(convicted at lower courts) guys a higher amount like 50 to 100 crores of Bail amount should be fixed & once they have been proved innocence at higher courts the amount can be refunded, so that this will check them in place. Bring out all the stashed money into public.

We should not forget recently the Reddy brothers of Karnataka has offered Rs.10 Crores bribe for bail to a judge. who promptly got arrested every one including, the officials who was mediating this deal. So judiciary is not that bad when compared to Executive, yes at time/ of late it is extending its power in interference of Executive responsibility & power. Tx. 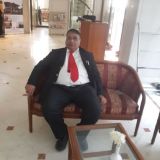 Mukund Puranik (Govt. Regd. Valuer (Plant & Machinery), M. Tech. (M/C Tools), C. Eng.)
1) Many a times Govt.pleaders do not put the case proper. Police also do not investigate from the point of view that is required in the court. Defense council easily takes advantage of the same and culprits get bail or acquitted.
2) Certain concessions to criminals or under trials must be withdrawn like hospital, mobile, home food etc.
3) No one knows about judges and all may be remember how difficult the impeachment motion was for justice Ramaswami in Parliament. Hence action against judges is not easy even if we know about that.
4) Most of the time the down line staff like court clerks, peons, pattewala do demand the money generating wrong impression about judges.
5) Many lawyers are not loyal to their clients and make money from other party to defeat their own client but tell client that judges are not good. Under their name these lawyers make lot of money. I have suffered in such method.
6) It is difficult to establish linke in these people.
7) Morel has gone down so less we say it is better.
8) Judges should be selected based on common exam IJS similar like IAS. more
Mar 05
View 12 more comment(s)
Post a Comment