Corruption in Army - Inputs on Solutions

We will soon put together the whitepaper to be shared with key stakeholders including the CVC.

1. The number of people working for the army is huge and corruption happens at different levels
2. Some people dream of being in the army and go to the extent of bribing to get recruited
3. People working in the army canteen make money by selling army supplies outside at a higher price
4. Defence sector give multi-million dollar contracts and lobbyists use their reach to earn commissions on it by colluding with some officials
5. Army canteen has a very large consumption and companies don’t mind paying bribes to get their products listed
6. Purchases tenders are given manually
7. The tendering system is not completely computerized
8. There is no check on who is buying stuff from the canteen with whose card
9. The jawans are scared of raising their voice against the seniors.

1. Bribes are paid to get recruited in the army
2. Defence supplies like liquor are sold outside at higher rates
3. Major corruption in allotment of defence contracts
4. Companies pay bribes to push their products in the army canteens
5. Bribes are paid to the border security forces to let consignments of cigarettes/drugs through
6. Officers use junior soldiers for their personal and house hold work
7. There is rampant corruption in the purchase department
8. No new items can be introduced in the Canteen Service Department without paying a bribe
9. Some soldiers use their CSD cards to give benefit to others
10. Army vehicles are used to for personal use by the officers
11. The waste and scrap lying in army garrisons are sold outside illegally. more
Helpful Together Against Corruption Jan 27
Viewed by 3799
View all 45 comments Below 45 comments

Viswanathan Kalarikkal (Nil)
One area where leakage can be stopped is the Defense canteens. I strongly feel the canteens should be either discontinued in all urban areas or the rates should be equal to the market rates including the tax components, where the organization runs such canteen stores. It is true the canteen is required in remote areas where the defense personnel cannot go out and get their provisions. Here also the rates should be fixed at the market rates. Instead of concessional rates in the canteen, the employees can be given a standard monthly allowance for the canteen supplies. Even for pensioners also this allowance can be given. This will reduce the outflow of canteen items to the general public and save the exchequer by way of taxes. Liquors are another item which is bought from the canteens and sold in the market for higher rates by the defense personnel. To control this the quota for the retired defense personnel to be halved and a limit on maximum number of bottles to be fixed even for the higher level retired personnel. All purchases in the canteens should be made online either directly from the producers or through the supply chain. One thing I have noticed in the army is the number of orderlies attached to the middle and senior level officers. This practice introduced by the British officers is still prevalent in our defense system. It is time that this practice is to be either discontinued in total or reduced to the bear minim level so that the services of the orderlies are better utilized for which they are recruited for. more
Jan 24

Prasant Banerjee (Exserviceman)
This corruption is not only in Army, also in Indian Navy and Air Force. more
Jan 21

Venkatapathi Tudur
The main reason for corruption is at the top, in the sense policy making area where critical decisions are made like buying defence equipments. It is well known that one politician who was only for a year as defence minister made huge money with in one year alone. The nexus between politicians and top brass is the main reason. We really need honest leaders who can dismantle this nehruvian legacy. more
Jan 21 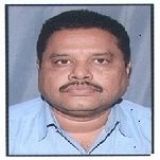 Anil Mathur (consumer activist)
The corruption is rampant in India everywhere .All solutions are known to everybody. Now what next? more
Jan 19
View 45 more comment(s)
Post a Comment