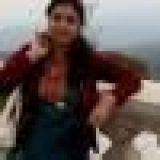 Can Jagdish Mukhi be next Delhi CM?

According to sources, senior party leader Jagdish Mukhi, who happens to be the MLA from Janakpuri area, is the front-runner for Delhi chief minister's post.

Even as the BJP top brass agreed on the name of 74-year-old leader, party sources said it was waiting for Prime Minister Narendra Modi's return to India for a formal decision or announcement.

Janakpuri MLA Jagdish Mukhi may soon become the Delhi chief minister as there are reports that the party legislators have informed the BJP top brass that they are not ready for a fresh poll.
A veteran BJP leader Mukhi is a five-time MLA of the BJP in Delhi and has served as the minister of finance, planning and education in the first Assembly. He had also remained the Leader of Opposition in the second and third Assembly.

Mukhi's political career started during the days of Emergency in 1975. He was a member of the "erstwhile Metropolitan Council Delhi in 1980 and remained chief whip of BJP in the Council from 1983 to 1989".

Delhi has been under President's Rule since 17 February after then chief minister Arvind Kejriwal resigned from office under dramatic circumstances. Soon after the Assembly poll results were announced on 8 December, the BJP under the leadership of Harsh Vardhan preferred to sit in the opposition despite being the single largest party as it failed to get enough seats to form a majority government.

Following the refusal of the BJP to govern Delhi, Kejriwal's AAP went for a referendum and staked claim to form the government with outside support from the Congress. The party however left office after it could not get the Assembly to pass the Lokayukta bill.

In the 70-member Delhi Assembly, the BJP has 31 seats. However, it has now come down to 28 as its three members have become MPs including Harsh Vardhan. more
Helpful Lets discuss Elections Jul 17
Viewed by 1138
View all 12 comments Below 12 comments 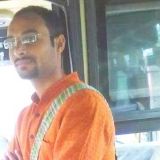 SAURABH TIWARI
first of all, i go with mr ASHISH RASTOGI ,, BJP should not form govT IN DELHI ..AND SECOND THING is that BJP has all the potential to win if reelection happens,,BUT AT THE SAME TIME ,they will have to be very careful about their rhetoric they will use during the fresh election campaign ..otherwise ""iron can be turned in any way if it is hot"" more
Jul 18

Raghuraj Choudhry (Commander)
In Indian Democracy every thing is possible , L G should have dissolved it so that all payment of salary from Tax Payers money could have been saved . Trading on MLA and M P is normal in this Democracy . more
Jul 18

Ashish Rastogi
Bjp should not form govt. Any move will create controversy that will take away positive energy from the modi govt. There should be fresh elections. more
Jul 17
View 12 more comment(s)
Post a Comment