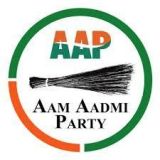 Campa Cola Society of India – responsibility of the State

One of India’s seniormost lawyers and former union law minister, Shanti Bhushan, also the founding member of the Aam Aadmi Party, has issued the following statement on the plight of the Campa Cola Society residents of Mumbai :

Campa Cola Society of India – responsibility of the State

While the Supreme Court judgment of February 2013, refusing to interfere with non-regularization of many flats in the Campa Cola Society, built by contravening the applicable legal provisions cannot be faulted in law in any manner, the case raises many important issues of constitutional importance, which must determine the state’s responsibility in such situations, which are likely to arise in a large number of similar matters all over India.
It appears from a reading of the judgment of the SC, that a large number of flats were illegally constructed, by the builder in connivance with the relevant authorities, which has been the norm all over India for many decades.

The flat owners and their families have been living in these illegally constructed flats for 25 years or so. Having read the judgment, it does not show that the continuance of these flats would be harmful to public interest in any manner.
It is true that violation of law should not be encouraged, but there are many reasons why people, particularly poor people, are compelled to become parties to various illegalities just to be able to survive in this country.

While nobody can have any objection if the builder and the various authorities conniving in the illegalities were punished, but the question is whether demolition of hundreds of flats can be the response of the state in such situations.

Let us not forget that we have established a republic in India. Under Article 38 of the Constitution, in Part 4, relating to directive principles of state policy, the state is required to “strive to promote the welfare of the people”, and Article 37 declares, that the Directive Principles are fundamental to the governance of the country, and it shall be the duty of the state to apply these directive principles in the making of the laws.

These flats in Campa Cola Society buildings are providing much needed shelter to hundreds of families. Hundreds of tonnes of steel, cement, and other valuable material, which are assets belonging to the nation, have gone into the construction of these hundreds of flats, though illegally constructed. Unless the continued existence of these flats poses any significant harm to any public interest, would it not be the duty of the state to protect these flats from demolition, and the occupant’s families from eviction?
What is the state’s duty on the promotion of public welfare? After reading the SC judgment, I posed a question to myself: If this situation had arisen in 1977, when I was the Law Minister, what would I have done? I have no hesitation in saying that I would have persuaded the Morarji cabinet to immediately issue an ordinance to stay the eviction and demolition and providing for the constitution of a committee to go into the question of whether the non-demolition of the flats and the non-eviction of the residents would pose any danger of any kind to any significant public interest.

The committee would also go into the penalty to be levied on the builder/residents and any prosecution required under the law of the builder and the authorities, to discourage such illegal constructions in the future. The ordinance would contain the usual clauses, that the provisions of the ordinance would operate, “notwithstanding any judgment of the SC, or any authority under any law”.
We must always remember that life is a great struggle and it is the constitutional duty of all organs and institutions that have been set up by the people for their welfare, to perform their functions and exercise their powers, to help people in their life’s struggles, rather than create obstacles in their life. (ENDS) more
Helpful Together Against Corruption Jun 14
Viewed by 164
View all 9 comments Below 9 comments

Santosh Sohani
Agreed with comment. Democracy is for people & their welfare & not for destruction
Santosh sohani more
Jun 19 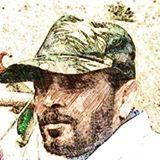 Ashok Shital (Casting director, Associate director, Screen writer & political activist)
Well said Sumendra ji. I am with you in toto on it. How can people equate
CAMPA COLA tragedy with ADARSH is beyond my comprehension. more
Jun 15

Sumendra Jain (Civil engineer, IIT Powai, mumbai )
The Campa flats are registered and the owners have paid stamp duty and registration charges. The process of regularisation was finalised by BMC but not accepted the builder. The builder cheated.
Adarsh flats to be taken over by central government because constructed on defence property ................ big gotala and Congress has done many such scams.
AK has mentioned Golf Clubs are paying rentals of token amounts and enjoying at the cost of ordinary citizens.
The Modi government should work on this to get huge amounts from the clubs through out the country ......
Cricket playing grounds, BCCI and other cricketing bodies are exempt from taxes or paying negligible taxes.
Total mockery for tax collection, charging for open grounds at Rs. one per year, etc. more
Jun 15

Sumendra Jain (Civil engineer, IIT Powai, mumbai )
Adarsh socy is a scam for allotment. This hsg socy was approved by state for the KARGIL heroes ........... and totally allotted to politicians and their relatives ......... complete cheating and Congress did not do any thing.
Even today the congress leaders are not coming out clean. None of them have till date relinquished their right.
AAP has not raised this issue as well.
More than 4000 buildings in mumbai do not have OC and CC as well for the constructed floors. BMC officials and builders have made money.
Campa cola is another unfortunate where the decent have got trapped........ trusting brokers and builders who are not worth trusting. more
Jun 15 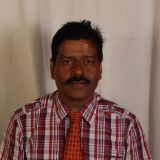 Jagadish Soni
By this argument even Aadarsh society also should not be demolished and handed over to their owner, although illegal. How there will be deterrent that such male practices do not recur. I really sympathies with the flat owners of campacola society but fact is that most of them, mostly is such cases, were aware that the they are buying an illegal property. More over such transaction are cheaper than market rate due which buyer are enticed. more
Jun 15
View 9 more comment(s)
Post a Comment